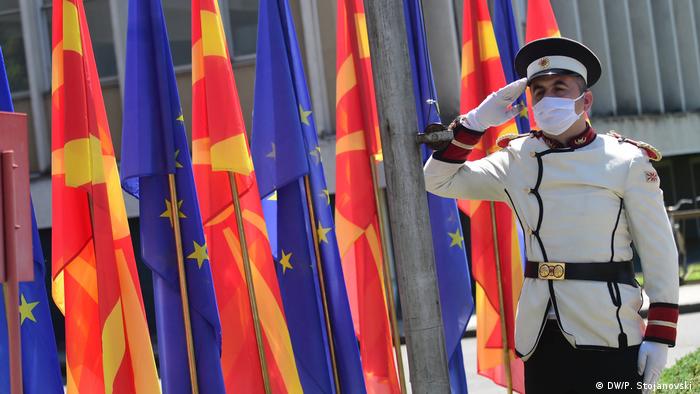 A long-simmering historical dispute between two Balkan neighbors is about to enter the corridors of Brussels again as North Macedonia expects an official start to the EU accession negotiation process in December. An EU candidate country since 2005, North Macedonia hoped that solving the name dispute with Greece would end the historical quarrels with its Balkan neighbors and, after having entered NATO in March, start the country down the long road to full EU membership.

But Bulgaria has different ideas.

Read more: EU's 'no' to Western Balkans could spark conflict

A document titled the "Explanatory Memorandum on the relationship of the Republic of Bulgaria with the Republic of North Macedonia in the context of the EU enlargement and Association and Stabilization Process" caught the attention of the media in North Macedonia last week. The six-page memorandum, sent to 26 EU capitals from Sofia in August, lays out Bulgaria's position on several historical issues. Key among them, as Sofia claims: "the ethnic and linguistic engineering that has taken place" in North Macedonia since World War II.

"The accession path of the Republic of North Macedonia provides a valuable opportunity for its leadership to break with the ideological legacy and practices of communist Yugoslavia," the Bulgarian memorandum stated.  "The enlargement process must not legitimize the ethnic and linguistic engineering that has taken place under former authoritarian regimes." 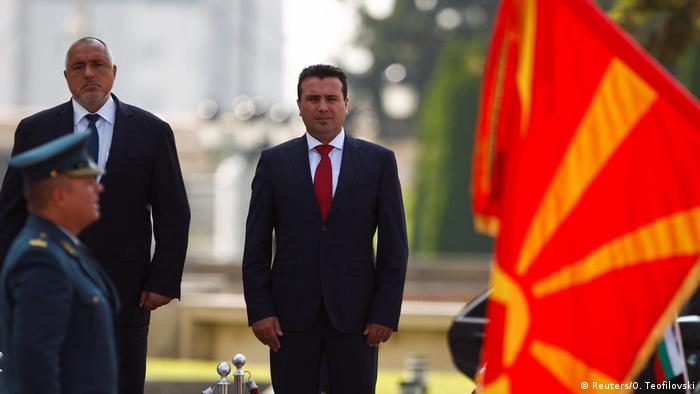 According to the official Bulgarian view of history, people of Slavic descent who live in North Macedonia are Bulgarians who speak the Bulgarian language but were brainwashed during the Josip Broz Tito's communist regime in the former Yugoslavia and were artificially given a new "Macedonian" identity and language in the process.

The claim is not new. It is the official position of the Bulgarian state since the 1950s and, as a result, the historical misunderstandings between the two neighbors often boiled over in the political arena. As a member of the European Union, Bulgaria sees an advantage and aims to use it.

Ulf Brunnbauer, chair of history of Southeast and Eastern Europe at the University of Regensburg, said the memorandum is Bulgaria's way of "pressing its own nationalistic view on the history and culture of another country and its people." 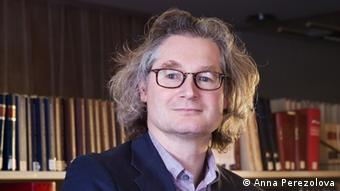 "It would be similar to Germany telling the Austrians that they are actually Germans, or Denmark calling the Norwegians an anomaly because they used to be part of their empire and their standard language developed later than Danish," Brunnbauer told DW.

The memorandum caused consternation in North Macedonia and condemnation in parts of the Bulgarian academia as well.

Macedonian Deputy Prime Minister Nikola Dimitrov said, "Language is not subject to recognition or nonrecognition because in the 21st century, especially in Europe, the right to self-determination and self-expression cannot be denied."

Bulgarian sociologist Ivaylo Ditchev wrote for DW that the primary "accusation" made in the Bulgarian memo is the fact that "North Macedonia exists at all."

"And if that new nation persistently refuses to abolish itself — Bulgaria considers that an act of aggression," Ditchev wrote.

During the Second World War, the Kingdom of Bulgaria was part of the Axis powers and occupied the territory of what is today North Macedonia. Macedonian history considers this period "Bulgarian fascist occupation." But Bulgaria denies that assertion and claims that its forces liberated what it considers its brethren in the west. In a declaration adopted by the parliament last year, Sofia told Skopje to stop using the term "fascist occupation" in reference to Bulgaria in its history books and to remove all such mention on the World War II monuments in the country.

Disagreements like this were supposed to be solved by a commission formed after the signing of a bilateral friendship agreement in 2017.

A group of historians and education experts from both countries started working on the long list of divisive issues but stopped last year. The official reason was because of the elections in North Macedonia and later the coronavirus pandemic, unofficially, there were insurmountable disagreements. Now the Bulgarian government insists that the commission continue its work and show results or North Macedonia's path towards the EU would be stopped before it can begin in earnest.

No place for bilateral issues

While the EU has so far been quiet on the issue, Germany, as the current holder of the rotating European Council presidency, called on both countries to resolve outstanding problems in the history commission. German Ambassador in North Macedonia Anke Holstein rejected Bulgaria's attempt to include the bilateral issues in the EU negotiations framework. 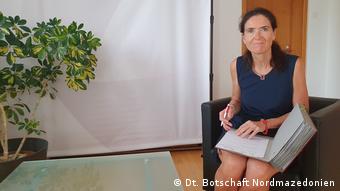 The EU isn't the place for Bulgaria and North Macedonia to solve their differences, Holstein said

But, according to Dragi Gjorgiev, president of the Macedonian team of experts in the Macedonian-Bulgarian commission, that won't be an easy task.

"The Bulgarian memorandum, which denies the modern Macedonian language and identity, is not helpful for the commission's success," Gjorgiev told DW.

While Ditchev, and other political analysts on both sides of the border think the memorandum might be a PR-stunt of Boyko Borisov's Bulgarian government to turn the attention of the public opinion after months of anti-corruption protests in the country, others disagree.

"Protests in Sofia have nothing to do with this," Andrey Kovatchev member of the European Parliament from Bulgaria's governing conservative GERB party, wrote in an op-ed for DW Macedonian on Saturday. The government in Sofia would not change its position, Kovatchev said, adding that North Macedonia will not be allowed to start the EU accession negotiations unless it accepts Bulgaria's demands.

"Do not hope! You will never find another traitor like Georgi Dimitrov [the first communist leader of Bulgaria 1946-1949, who recognized the existence of a separate Macedonian nation and Macedonian language] in Bulgaria to get this thing done for you.," he said.

German historian Brunnbauer, on the other hand, called on Brussels and "especially Berlin" to put pressure on the Bulgarian government.

"The question of how historians or politicians in (North) Macedonia interpret the history of their nation and of their language might enrage Bulgarian nationalists (and vice versa)," he said. "But it has zero connection with the Copenhagen criteria or any other criteria an accession country needs to fulfill for membership in the EU."