North Macedonia name change both heals and divides | Europe | News and current affairs from around the continent | DW | 06.04.2019 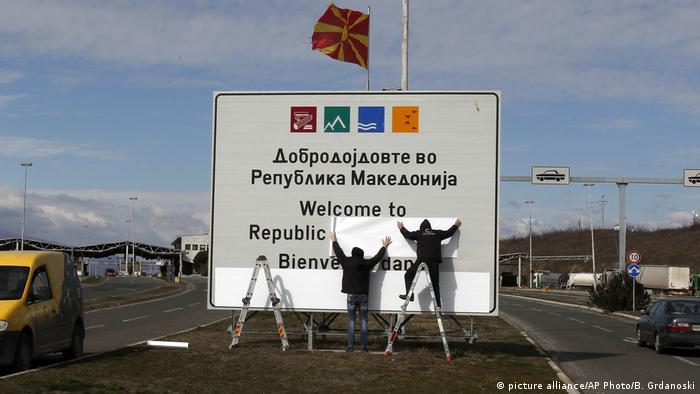 In the Republic of North Macedonia, many people still trip over their tongues, trying to get used to what they must now call their country.

Well, not everyone is trying.

"Not me — not me. No, not at all," avowed former diplomat Martin Trenevski, who served as his nation's envoy to Sweden, Canada and NATO while it was provisionally called the "Former Yugoslav Republic of Macedonia" (FYROM). Trenevski retired before the current government accepted the Prespa Agreement and he refuses to comply with the name change, albeit just in a personal capacity. "Luckily I'm a pensioner now," he said with a chuckle, "so I don't have to — and I will not."

His wife, sitting at the other end of their dinner table, shakes her head. Vasilka Poposka was Skopje's ambassador to Austria as the Prespa Agreement was in its final stages of negotiation. She often facilitated those meetings and saw up close just how high the stakes were. "There was no other way, for sure," she said with conviction. "I saw that it was not easy for both sides, for the Greeks and for our side. I'm sure that nobody's happy with this, but we knew it that we have to do this."

"Maybe I'm more pragmatic," she shrugged. "'North Macedonia' for me is not so bad," she added. 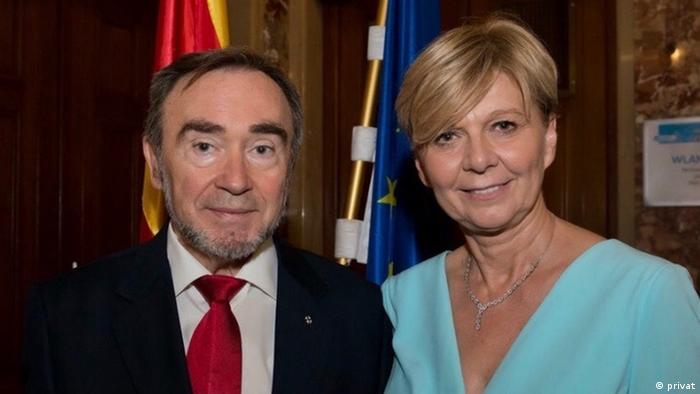 There goes the (Vergina) sun

But it's not only the name that has to change, and that's something both former diplomats acknowledge their citizens — and even themselves — haven't quite grasped completely yet. National monuments will have new placards clarifying that there are different interpretations of historical claims. Everyone's worried about what they can and can't do under the new agreement, how strictly it will be interpreted and what symbols could be deemed a violation.

Additionally, the agreement stipulates the removal of the iconic Vergina Sun from public use in the Republic of Macedonia; a committee will review school textbooks, historical documents and maps in both countries to mandate removal of content deemed "irredentist," demanding the restoration of their country.

That's a problem for Trenevski. With obvious emotion, he gestured around his art-adorned home in downtown Skopje. A former journalist and author of several history books, he feels Prespa is wiping out large parts of his country's past with the required changes. "I have on the wall a map from the early 17th century," he explained. "It says Macedonia! But in the new editions of history books, it should be something else."

He's referring to the part of the Prespa Agreement that says a joint committee of interdisciplinary experts will be examining textbooks, teaching guides, atlases and other official documents to see what should be changed. Skopje already agreed to change the flag it used from 1992 to 1995 because Athens insisted the Vergina Sun symbol it contained is Greek.

Trenevski believes the price for Prespa was too high. "We should have grasped the opportunity in making a better deal," he insisted.

Inside Europe: North Macedonia — What's in a name?

Poposka, for her part, said it was made clear to her in no uncertain terms that if her government scuttled this agreement the "deep freeze could go deeper." She said everyone in the international community had wanted to help Skopje but only if it helped itself. "The price is big," she agreed, "but we have to live with this."

And there were immediate rewards. The agreement opened the long-shut door to NATO, which Trenevski himself had pounded on for years in his Brussels posting. Now North Macedonians, especially the younger generations, are hoping the European Union opens its arms, too, and offers the country a smooth path to membership.

Passport to the past

The couple's daughter and her Canadian husband recently returned to live in North Macedonia, fulfilling their plans to raise a family there with the birth of their daughter, Sophia, in October. Holding her giggling baby, Galena Cunningham said she views the situation with mixed feelings. 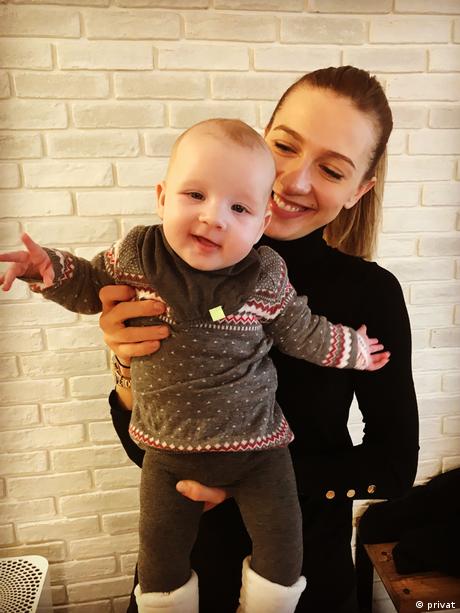 Once the Prespa Agreement was approved and the name change was imminent, the Cunninghams rushed to apply for Sophia's passport so that it would say "Republic of Macedonia" and not "North Macedonia." They succeeded with only five days to spare. "Sentimentally, I really wanted at least her first passport to be from the Republic of Macedonia," Cunningham said. "It's okay that her next passport is going to be North Macedonia, but this does mean a lot to me."

At the same time, she acknowledged there was no other way to break out of North Macedonia's rut. "This was the only step forward," she said. "We're not magically going to be the same as the Western countries, but this is one step closer." After the last meeting with North Macedonia's leaders, EU foreign policy chief Federica Mogherini chief said it is still the bloc's desire — and plan — to open negotiations with Skopje this year. 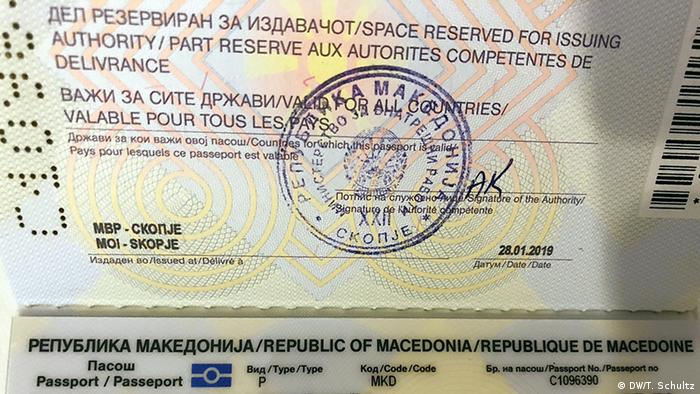 Cunningham believes that if that better future starts to become clear, some people will still be upset with the mandated changes in signs, monuments, textbooks and other federally-funded items, but that will be a minority. "The name change was the biggest issue with people," she said. "But since that was accepted so well then I think everything will be okay."

Except perhaps at her parents' house, where her father continues to lament the conditions of Prespa. "If I ask for my birth certificate it will say that I was born ... in North Macedonia, which is not the case!" lamented TrenevskI. "I was born in the Republic of Macedonia."

The controversial accord to rename Macedonia has caused a great deal of resentment in Greece. But with the issue now officially settled, life in Greece goes on. Florian Schmitz reports from Thessaloniki. (28.01.2019)