The Prespa agreement has put an end to the decades-old name dispute between Greece and North Macedonia, but it hasn't settled every related question. For example: Who has the right to sell "Macedonian wine" now? 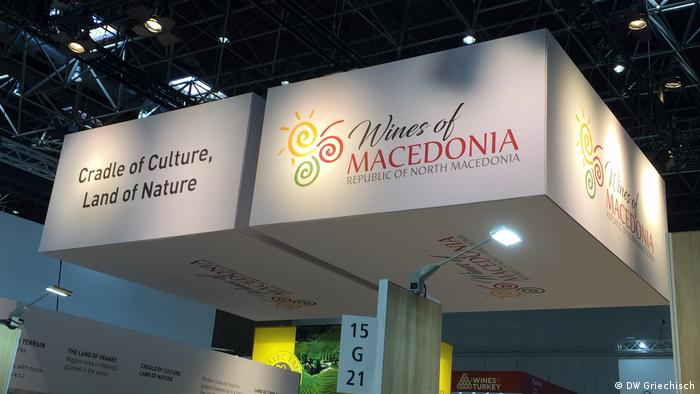 Crucial questions in the Prespa agreement, which only came into force a few weeks ago, have still not been clarified sufficiently, if at all. Regarding the use of commodity brands and brand names, the agreement only stipulates that both sides should try, in the context of an open and "honest dialogue," to reach a mutual agreement. A group of international experts is supposed to help with this, and to deliver results within the next three years.

However, this means fresh tensions are inevitable. There was a foretaste of this at the international wine trade fair Prowein in Düsseldorf, which took place from March 17-19. The association Wines of Macedonia (WoM) represents winemakers from North Macedonia, and its participation had Greek exhibitors up in arms. In the run-up to the trade fair, they complained to Prowein and demanded that WoM abide by the Prespa agreement and its terms.

The question of patents

"What we want is for the wines from North Macedonia to be called just that, and for our wines to be called Macedonian wines, which is how they've been patented at the EU level for 20 years now," says Stelios Boutaris. He's one of the best-known winemakers in Greece, the son of Yannis Boutaris, founder of Boutaris Wines and mayor of Thessaloniki. "Macedonian wine" is indeed an EU-registered product with so-called "Protected Geographical Indication," like Thuringian bratwurst. This means that only wines from the region of Macedonia in Greece, and made from very specific varieties of grape, are allowed to bear this name.

WoM, however, interprets things differently. "We have been selling wines from Macedonia for decades," it says, "and we hope we will still be able to do this in 10 or 20 years' time.” A representative of WoM, who asked to remain anonymous, said that all parties should be allowed to use the label "Wines of Macedonia," i.e. the Greeks, people from North Macedonia —and even producers in Bulgaria, where part of the ancient kingdom of Macedonia also lay.

In that case, though, how would the consumer be able to distinguish the different products correctly? "Quite simply: The country of origin is always stated on the label. In this case, 'Product of North Macedonia' or ‘Product of Greece.'" A wine producer from North Macedonia suggests that they could take the Germans, French and Luxembourgers as an example: "The Moselle river passes through all three countries, so all of them are entitled to sell Moselle wines." 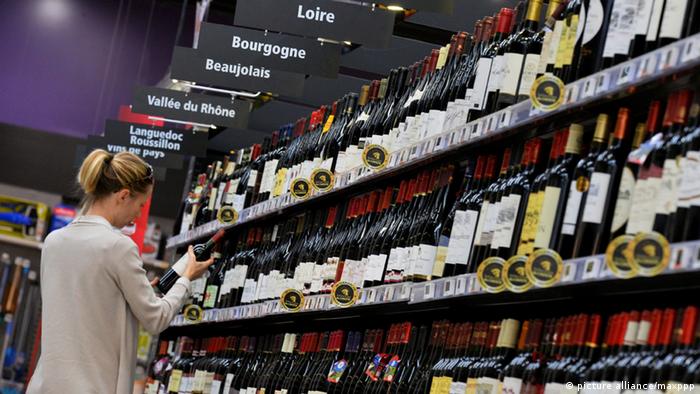 These and other arguments are sure to be presented when the negotiations envisaged by the Prespa agreement take place between the two sides in the near future. However, these certainly won't be easy. In theory, the Greek side holds the better cards. It can refer to the fact that the appellation "Macedonian wines" has already been a registered and protected brand for two decades. Greek winemakers are also saying that Greece could threaten to block North Macedonia's bid to join the European Union if it doesn't concede.

The small Balkan country won't give up that easily, though. It may not have a comparable legal argument, but it could use purely economic reasoning. In recent decades, North Macedonia has fought for and secured a strong market policy position. Even Greek vintners admit that "if you ask Germans about 'wine from Macedonia,' most will point to what is now North Macedonia, not Greece." They say that this is the result of an export-oriented strategy, which the Greeks did not pursue with equal vigor.

However, despite their divergent positions and the expectation of tensions, wine producers from both Greece and North Macedonia remain confident. Speaking to DW, they concluded that a solution had to be found, because it would be to the advantage of both sides.

Read more: Alcohol: Life gets better without it