Moldova is Europe's poorest nation with per capita income half that of Albania. Yet since the tiny ex-Soviet state stood up to Russian bullying, it has become something of a superpower — in the wine industry. 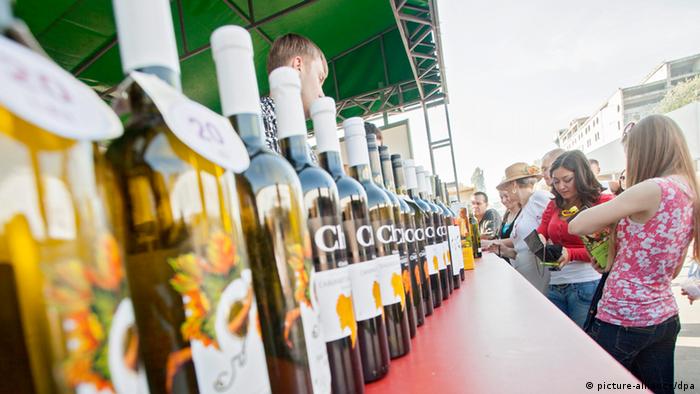 In 2003, Russian President Vladimir Putin reportedly spent his fiftieth birthday in the wine cellars of the world famous Cricova winery near the Moldovan capital, Chisinau, where he was said to have a private collection. These days, it is apparently German Chancellor Angela Merkel who keeps her wines in Cricova's gigantic caves. As metaphors for the East-to-West shift in the Moldovan wine industry go, one need look no further.

Moldovans will be quick to tell you their country has the world's highest ratio of agricultural land dedicated to vineyards (5 percent).

On the face of it, perhaps a less than fascinating fact, but it does help explain how this small landlocked ex-Soviet country, uniquely, has the full wine value chain completed in-country, from production through processing to packaging.

The drinking, meanwhile, is now done all over the world, and not only in Russia, where during Soviet days 70 percent of Moldovan wines were sold. Another 20 percent was sold to other Soviet Republics.

And the domestic wine sector is now attracting Western investment interest. From 2010 to 2015, some 20 companies reportedly invested €21 million ($25 million) in the sector. 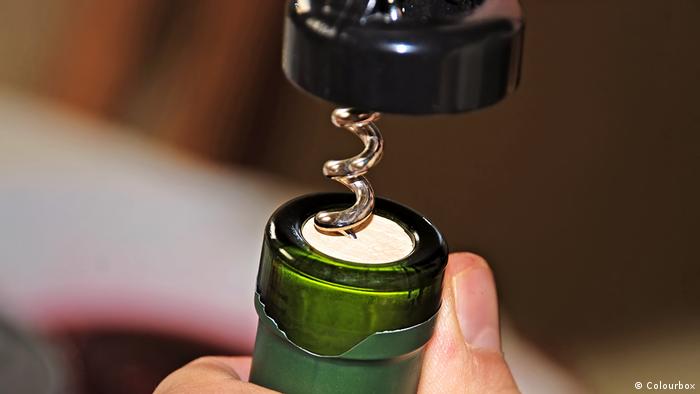 "A fair number of Moldovan wineries are family-owned, both big and small ones, while some are owned by business interests, in some cases in Russia," Caroline Gilby, an expert on eastern European wines, told DW. "Two, Milestii Mici and Cricova, are still in state ownership and I guess likely to stay that way," she added.

But others are moving in the opposite direction. For example, in Moldova's first ever IPO, one of its largest wineries, Purcari, listed on the Bucharest stock exchange in February. It was backed by private equity firm Horizon Capital and the International Finance Corporation, a member of the World Bank Group, selling 49 percent for $50 million.

"Our vision is to build a regional champion in the rapidly growing CEE wine market," said Purcari CEO Victor Bostan.

On the same latitude as Bordeaux and Burgundy, the Moldovan wine industry represents 7 percent of the country's exports and employs about 200,000 people in a population of 3.5 million. 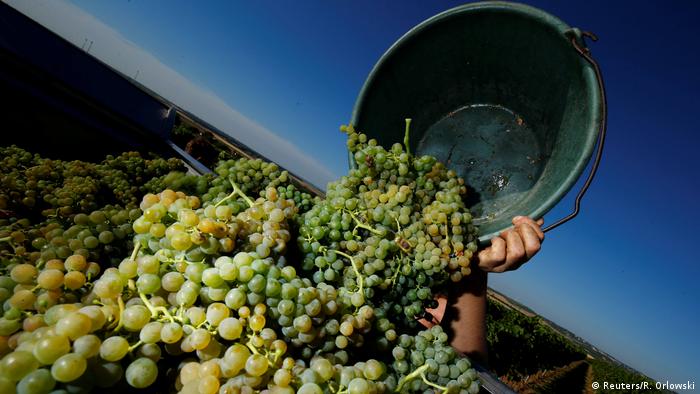 Moldova is focused on export-friendly wines such as Cabernet Sauvignon, Merlot, and Chardonnay

In 2014, Moldova was the twentieth-largest wine producing country in the world, with most of its commercial wine production exported, 67 million bottles a year. Data from the National Bank show that in the third quarter of 2017, Moldova exported $46 million worth of wine — 13 percent more than in the same period in 2016.

Gap in the global market

This has also helped Purcari and others to expand revenues. Between 2014-2016 it noted an export growth to Romania of 55 percent, to Poland 49 percent and the Czech Republic and Slovakia at 15 percent a piece. Purcari is Moldova's main producer with a 26 percent domestic segment share, according to Nielsen. 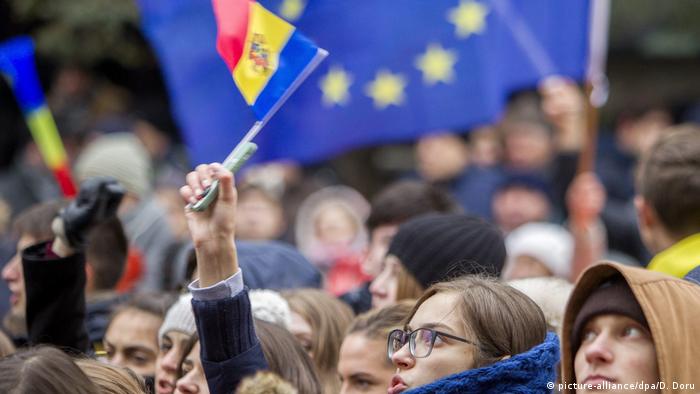 A young Moldovan girl during a protest in Chisinau in 2016

It was not always thus. The largely rural nation of 3.5 million people once supplied nearly 70 percent of the Soviet Union's needs.

In the 1980s Moldovan vineyards were severely disrupted when Mikhail Gorbachev began his anti-alcoholism campaign. Then the collapse of the Soviet Union took the stuffing out of the industry again.

Following another Russian embargo in 2006, imposed ostensibly after Moscow claimed Russia had been flooded with cheap, pesticide-ridden wine — which caused wine's gross domestic product contribution to drop from 9 percent in 2005 to 2.3 percent in 2013 — the sector was faced with an uphill climb to revive.

Attention then turned to the EU market, aggravating a fresh Russian ban in September 2013, punishment for Moldova's plans to sign a draft association treaty with the EU. By 2017, over 80 percent of Moldovan wine was being exported to the bloc.

Some Moldovan producers have since been eyeing a return to the Russian market, although Purcari for example is not on the list of five wineries to have been given the recent green light by Moscow. This may be due to its 2014 "Freedom Blend," which was harvested in 2011 using Georgian, Ukrainian and Moldovan grapes to celebrate the twentieth anniversary of independence from the Soviet Union and its debut in 2014 marked the signing of Moldova's Association Agreement with the EU.

"The two Russian bans were cruel in a country so dependent on wine," Gilby says. "But they did kick-start producers into realizing that they had to learn to do things differently."

After the Russian embargo, there was also a focus on wine quality and a first step in diversifying export destinations to favor EU markets was modernization of the winemaking process.

The nation's wine laws were reformed and €75 million poured into investments in modernization. Four regions were established for the production of wines with protected geographical indication, and a national program for generic promotion — Wine of Moldova — was created.

The EBRD also decided to support Moldovan wine companies to trade with the EU, with €380 million in credit lines and trade financing for partner banks helping SMEs modernize equipment and raise products and practices to EU standards.

Rather than focus solely on the vineyard, the Moldovan government, helped by the USAID-funded Competitiveness Enhancement and Economic Development (CEED) I and II programs, enacted legislative changes and business reforms to strengthen the sector.

But as quality rose, so did the price; from 2011 to 2014, the price of bottled Moldovan wine exports rose 15 percent.

But things can get even better

Wine experts say things could be further improved. Indigenous grapes, for example, comprise only about a 10 percent of plantings, with another 20 percent caucasian grapes and the rest mostly French grapes.

"I wish Moldova would focus on its native grapes! There's something really dynamic there that no one else in the world can offer," Christy Canterbury, an expert in Eastern European wines, told DW.

"If they must compete with all of the other Merlots in the world, they'll end up competing on price. If they show the world Rara Neagra, they will own the market."