The EU has invited representatives from six post-Soviet states to take part in its fifth annual Eastern Partnership summit. On the agenda: reforms and closer economic ties. Bernd Riegert reports from Brussels. 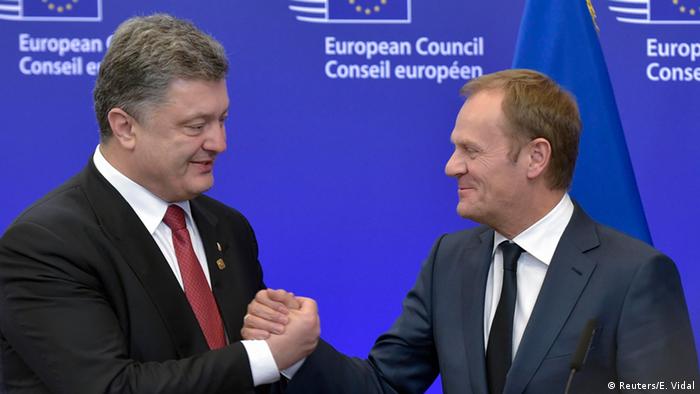 Although she's only acting German chancellor, Angela Merkel will be in attendance at Friday's EU summit with the six Eastern Partnership countries.

"This is a very important signal," said Johannes Hahn, the EU's commissioner for enlargement. "Germany is an important partner. The chancellor's participation shows great respect for the partnership with the eastern countries."

Merkel skipped the most recent EU summit in Gothenburg, Sweden last week because she was busy with coalition negotiations. This time, 22 of the 28 EU leaders will be in attendance, along with representatives from Ukraine, Georgia, Moldova, Azerbaijan, Armenia and Belarus.

"The door to the EU remains open for these countries," said Hahn. "But now, the focus is on implementing what has, until now, mainly existed on paper." By that, Hahn is referring to 20 economic, energy, infrastructure and state administration projects that must be implemented by 2020. 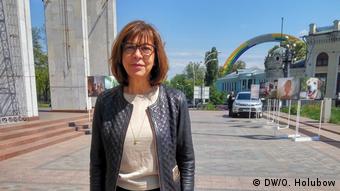 Harms in Kyiv: 'We cannot only demand reforms, we must also support them'

The European Union has, for the most part, reacted coolly to demands made by Ukraine, Georgia and Moldova to make more concrete efforts toward EU membership.

"These states are still a long way from accession," said Rebecca Harms, a German MEP with the European Green Party. In any case, the EU isn't in the position to be welcoming new members right now, she added, though the door should be left open.

"We cannot only demand reforms, we must also support them," said Harms, who deals with the Eastern Partnership. "Commitment — not just money — is important." After all, Ukraine showed it was able to establish an anti-corruption court and even appoint a special public prosecutor "when Europe got involved."

In Moldova, on the other hand, the pressure to reform has also had negative effects. The people had the impression that they were worse off on the EU track, rather than better. Severe cases of corruption and misappropriation of funds clouded their view.

"This led to the election of a euroskeptic president in Moldova — not a good sign," said Harms.

On Thursday, on the eve of the summit, Ukrainian President Petro Poroshenko met with European Council President Donald Tusk and lavished praise on the EU — and himself. "We are reforming, reforming, reforming. We want to do our homework," he said, emphasizing that Ukraine will do its part to implement the 20 projects designed to benefit its citizens. In talks with Tusk, Poroshenko renewed his proposal to increase financial aid for his country. 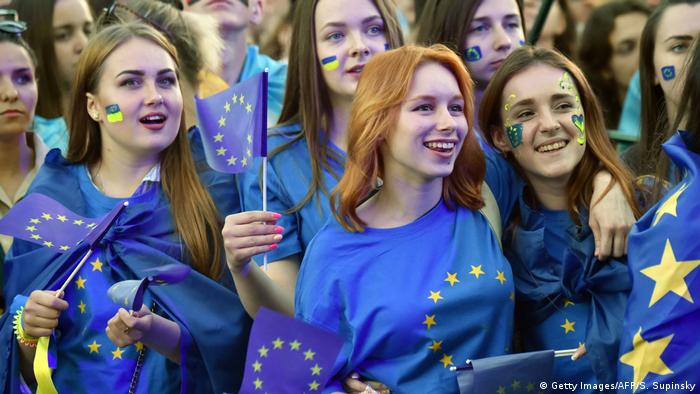 EU enthusiasm in Kyiv: Since June, Ukrainians have been able to travel to the EU without a visa

Money alone is not enough

But EU Commissioner Hahn remains skeptical about the suggestion, made by the European Parliament and the Eastern Partnership countries, to set up a special investment fund for Ukraine, Georgia and Moldova. "It's always nice to have new ideas," he said. "But we already have a general investment plan in the EU, which can also be used by companies who do business with Ukraine, for example."

Decisions that have already been adopted should be put into practice first, said Hahn. He gives the example of Ukraine, which already has a 700-page reform plan detailing individual steps that must be completed in the next six to 10 years. Hahn pointed out that since the founding of the Eastern Partnership in 2009, the EU has contributed €5.4 billion ($6.4 billion) in grants for the six states. And that doesn't include bilateral agreements: Ukraine has received some €13 billion in loans after domestic political upheaval and Russia-backed violence in recent years.

Harms believes efforts to bind the Eastern Partnership states to the EU shouldn't falter. The prospect of EU accession and close ties to the West must be maintained, to avoid giving the impression that the EU is pursuing a partnership strategy but still leaving its options open with Russian President Vladimir Putin. Russia is against EU membership for post-Soviet states, especially Ukraine.

'Don't expect too much'

Hahn warned about raising false expectations about possible EU membership. "This would be very wrong, and would only create unnecessary pressure on the governments of these countries," he said. 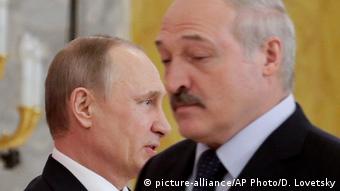 He backs the idea to create "a belt of prosperous states at the EU's eastern border." One means of doing so could be in the form of local currency loans to small and medium-sized businesses; the EU has set aside €100 million in startup funding.

"We must export stability, instead of importing uncertainty and poverty," Hahn said, adding it was in the EU's own best interest.

Belarusian President Alexander Lukashenko will not attend the summit, even though he has been invited. Last spring, the EU lifted most of its sanctions against the dictator. But Hahn doesn't think his non-attendance is necessarily a disaster, as each country must decide for itself how fast it wants to build ties with the EU. "We are in favor of tailor-made solutions for every country," said Hahn.

Belarus wants to start negotiations on its first-ever bilateral agreement with the EU, but "this will take some time," said Hrant Kostanyan, an Eastern Europe expert with the Center for European Policy Studies. "The partnership agreement reached with Armenia is important," he said. Azerbaijan is still negotiating such an agreement. Kostanyan believes that Belarus, Armenia and Azerbaijan remain far from the "very ambitious" association agreements that Ukraine, Georgia and Moldova have already concluded with the EU.