Alcohol: Life gets better without it | Science| In-depth reporting on science and technology | DW | 15.03.2019

Three weeks without a drop of alcohol. Three weeks where I felt fitter, more awake and more relaxed. What exactly happened to my body? 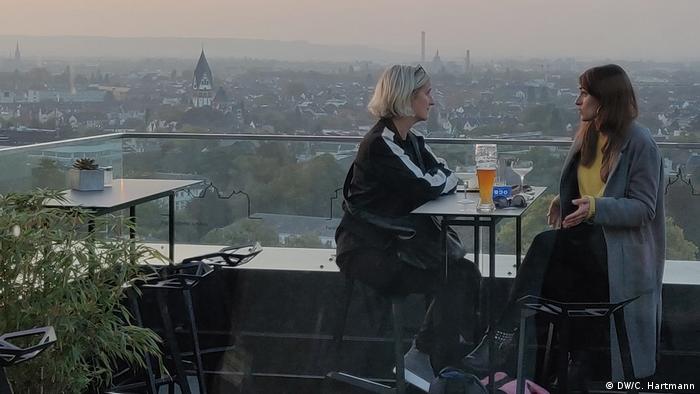 I get up at 5:30 and answer the questions of my energetic son before the kid heads off to school and I go to work. For three weeks this process was easier for me than ever before. Coincidentally, it was the three weeks where I wasn't drinking alcohol.

However, Helmut Karl Seitz, the director of the Centre for Alcohol Research (CAR) in Heidelberg, doesn't believe in coincidence. The professor of internal medicine and gastroenterology is sure that a lot has already happened in my body during these three weeks.

The fact that I jump out of bed before my son, who is a seriously early riser, could be due to the fact that I can sleep much better without alcohol. "Alcohol activates catecholamines, which include adrenaline. It doesn't really let you rest at night," Seitz says.

No booze, no problem

After one week sleep rhythm normalizes, explains Seitz. The expert repeatedly emphasizes that we are not talking about alcoholics, just people who drink regularly.

"You're not a chronic drinker," Seitz tells me several times. The fact that the expert seems to be convinced of this makes me so happy that I leave the statement uncorrected. I wasn't so sure myself anymore.

But abstaining wasn't difficult at all. Feeling so much better definitely helped. As well as sleep, blood pressure becomes more normal too, says Seitz. Alcohol increases your blood pressure which can cause headaches and dizziness.

Those who do without alcohol can also experience better digestion. "The villi of the small intestine contain proteins that break down the food. These proteins recover relatively quickly," says Seitz. Without going into too much detail: gastrointestinal harmony makes life better.

Read more: How to prevent cancer

A party without alcohol?

A party without alcohol?

Don't forget the liver. For our detoxifying organ giving up alcohol is like a kind of holiday to a spa. Beer, wine and spirits fatten the liver. A fatty liver is not so bad at first, explains Seitz. However, it is also the first step to liver cirrhosis.

My liver has always been quiet and inconspicuous. I could not feel any changes. "If you go without alcohol, it is always good for the liver, always. No matter what stage the liver is in, whether it is only slightly oily or already has advanced cirrhosis. It will recover," emphasizes Seitz.

Not drinking is(n't) a solution

I explain that I broke my fast after three weeks with a friend and a white wine spritzer. Surprisingly, I found the feeling of light intoxication more unpleasant than funny. And exercising the next morning at 5:30 a.m. was unthinkable.

"The metabolic processes that break down alcohol are no longer automatic for you," explains the alcohol researcher. The metabolism of a trained drinker knows what to do, but my metabolism had trouble remembering after the break.

Next time I unwind with wine, Seitz recommends a tactic I hope to make into a mantra: drink enough water! Alcohol dehydrates the body, blood circulation gets worse; headaches are guaranteed.

In addition, I should stick to the recommended amount of alcohol, of course. However, I did not know how low this actually was. For men, no more than a quarter of a liter of wine a day is recommended. Women are only allowed to drink half of that. That's not even a glass!

Is it worth drinking at all? My next break will probably be pretty soon. But for now it's the weekend. And my son is staying at his dad's.

Spice up your health

Spices and herbs not only add an extra dimension to our food, they're also good for our health. And we're not even talking about the exotic ones — most of these are probably already in your kitchen cupboard. (15.03.2019)