Alcohol: One drink a day is one too many, scientists say

A study of drinking around the world warns that even an occasional glass of wine or beer can increase your chances of disease and an early death. Scientists say there's no such thing as a "safe level" of alcohol. 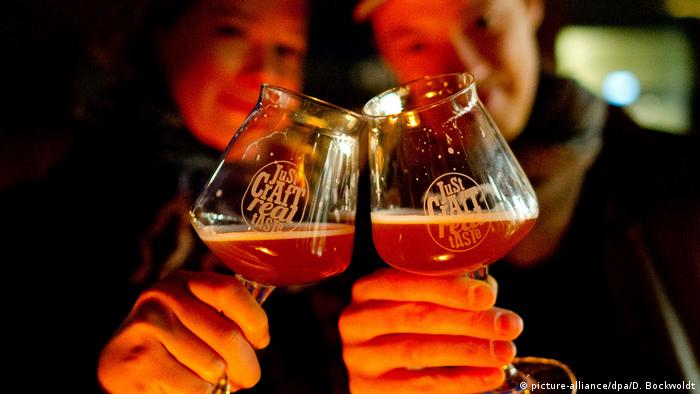 Alcohol consumption caused almost 3 million premature deaths in 2016, according to the results of a major study of drinking in 195 countries.

The research, published Friday in the medical journal The Lancet, found that drinking was the leading factor in deaths of people between the ages of 15 and 49. It also concluded that any amount of alcohol consumption, even one drink every now and again, increased the risk of health problems like cancer, cardiovascular disease and tuberculosis.

"The health risks associated with alcohol are enormous," said Emmanuela Gakidou, senior author and director at the Institute for Health Metrics and Evaluation (IHME) in Seattle.

Read more: Alcohol guidelines may not be safe in many countries, study says

One drink a day?

The researchers drew on more than 1,000 studies to compile a picture of alcohol's health impacts and drinking habits among men and women around the world.

They reported that imbibing one standard drink — equivalent to a small beer, glass of wine or shot of spirits — each day, boosted the odds of developing at least one of 23 possible health conditions by about 0.5 percent.

That might not sound like much, but — at a global level — that daily drinking habit translates to about 100,000 additional deaths every year, Gakidou said.

Read more: A little history of what Germans drink and why

"There is no safe level of alcohol," Max Griswold, lead author and IHME researcher, told the AFP news agency. "Overall, the health risks associated with alcohol rose in line with the amount consumed."

In addition to the prevalence of alcohol-related disease, the study also looked at injuries and death resulting from alcohol consumption, such as road accidents and self-harm.

Two drinks per day increased the chances of disease and injury by 7 percent, the researchers wrote. The risk climbed to 37 percent with five drinks.

According to the study, drinking was the seventh leading risk factor for premature death and disease in 2016, accounting for around 2 percent of deaths in women and nearly 7 percent in men.

Alcohol was the most lethal factor in the 15-49 age bracket, responsible for more than 12 percent of male deaths.

Of the more than 2 billion people around the world who consume alcohol, about 63 percent are men, the researchers wrote.

The biggest drinkers in 2016 were men in Romania, who put away an average of eight drinks a day. Portugal, Luxembourg, Lithuania and Ukraine followed with seven "units" per day.

Among women, Ukrainians led with four drinks a day, followed by Andorra, Luxembourg, Belarus, Sweden, Denmark, Ireland and Britain, all averaging about three per day.

The most abstemious nations were those with Muslim-majority populations.

Wine grape harvest begins in Germany. Take a trip into the world of Riesling, Müller Thurgau, Silvaner and co. (08.10.2015)