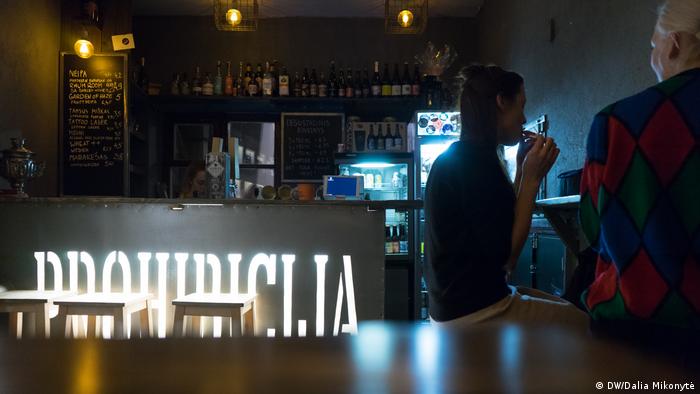 When Tomas Josas and his business partner named their company "Prohibicija" (prohibition), little did he know that the irony would soon backfire.

Currently, along with alcohol retailers big and small, the owner of a bar in Lithuania's capital Vilnius is learning to only advertise non-alcoholic brands on his social network accounts. As of this year, any positive association between alcohol and positive emotions, along with advertising alcohol on social networks and in the media, have been banned in the world's heaviest-drinking country.

For Mindaugas Jurkynas, a university professor, the ban brought an end to his side career as a wine expert. "Moderate consumption of wine is a culture. Our mission was to contribute to that culture," said the politics expert, who looked to Wine Spectator for inspiration for his own website. "We wanted to write about good wines, because wine has been a part and parcel of food culture all around the civilized world ever since the Roman times. In simplified terms, areas without vineyards were barbarian areas," he told DW.

Today, his website is run by a company registered in the US state of Arizona. Jurkynas is careful about commenting on the politics of the ban. "As long as it doesn’t violate international agreements, a democratically elected government can make political choices," he says. 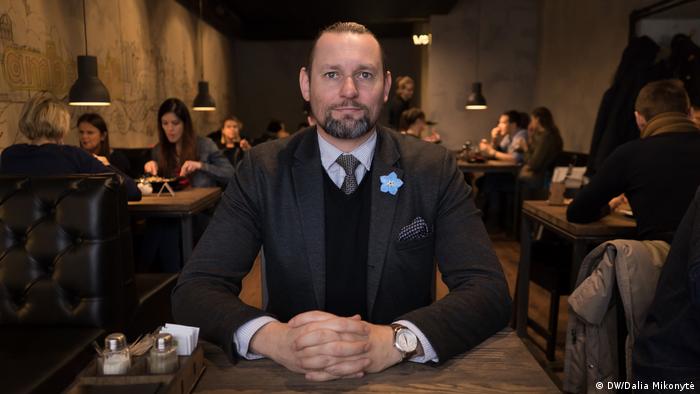 Out of the 141 members of the Lithuanian parliament, 101 voted in favor of the ban — an indication that the ban faced little resistance in Lithuania, in the light of damning alcohol statistics from the World Health Organization (WHO).

Alcohol no longer cool in Lithuania

The alcohol industry has always played a prominent role in social life, as a generous sponsor of cultural events and creator of advertising characters who became folklore — the story of a shy Estonian named Marko becoming a party animal after tasting Lithuanian beer was a long-time favorite. But now the government has set its sights on removing the "‘coolness" tag of alcohol consumption in a country where, according to a 2014 WHO report, nearly one in 11 Lithuanian men suffer from alcohol dependency. To this end, associating alcohol with good mood, popularity or health benefits is banned.

"We follow recommendations of the World Health Organization, which considers banning alcohol advertising as one of the most effective means to curb alcohol consumption," Jonas Zala of the Drug, Tobacco and Alcohol Control Department, told DW. Russia introduced a ban on online alcohol advertising in 2012 and has been praised by the World Health Organization as a success story.

Vilnius local Sigita Baranauskė raised plenty of eyebrows when she took to Facebook to show a mutilated copy of the Vogue magazine she had bought at a supermarket in Vilnius — pages containing alcohol advertisements had been torn out. Other readers of foreign publications followed suit, accusing the government of inciting censorship after they found magazines with stickers covering advertisements or torn-out pages.

In response, the Drug, Tobacco and Alcohol Control Department stated that selling magazines and newspapers containing alcohol advertisements is illegal, but promised not to punish distributors of foreign press. "Every situation will be assessed individually and only enterprises that malignantly ignore the requirements of the law will be punished," the department wrote in response to a DW query. As part of an agreement reached with press distributors earlier this month, the department has decided to leave pages with alcohol advertisements intact in foreign publications. Getting around the new rules

Another area of great frustration is the focus on social media networks which target a younger audience. For Josas, building a social media presence to flag a new product and engage with his audience is his main marketing method. "Google sent us an explanation that ad words referring to alcoholic drinks will be banned. They stopped our campaigns," said the young businessman, whose career in the alcohol business started by blogging about the history of beer at beergeek.lt.

"We won't be able to tell a consumer why our beer is more expensive and belongs to the premium segment, and why it's worth paying more than for a product from the industrial segment," he said.

Both Jurkynas and Josas believe the quality wine, beer and spirits they had promoted are not what drives alcohol abuse in Lithuania. Josas believes the ban will change marketing, but not alcohol sales. He's convinced that loyal customers won't change their drinking habits. "We are a fast-growing enterprise," he says confidently. "We will lose the income from tasting events, but it will be compensated by introducing new retail points."