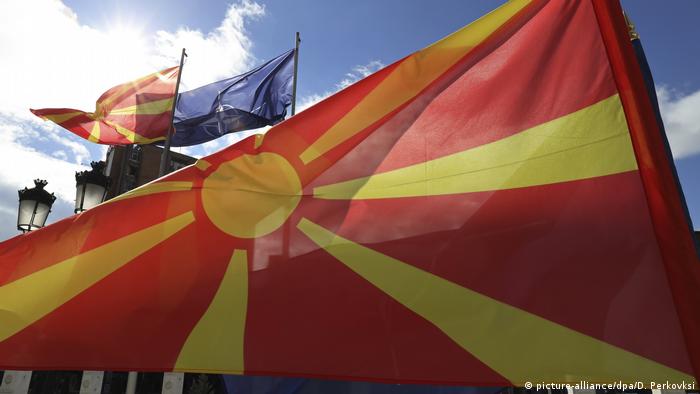 "The Republic of North Macedonia is officially the new, 30th NATO member," the government in Skopje said in a statement. "We have fulfilled the dream of generations."

It was a family of 30 nations and almost 1 billion people "based on the certainty that, no matter what challenges we face, we are all stronger and safer together,” Stoltenberg added.

"North Macedona's NATO accession increases security and stability across the Western Balkans and is a sign of NATO's open-door policy, which contributes towards freedom, democracy and human rights," he said.

Earlier on Friday, North Macedonia had deposited its "instrument of accession” at the US State Department in Washington — the final formal step.

It represented the "culmination of many years of effort by the government and people of North Macedonia,” said US Secretary of State Mike Pompeo.

Last year, North Macedonia changed its name from Macedonia to settle a long-running row with NATO and EU member Greece.

Athens had made that a condition if Skopje was to join both organizations.

"We have waited for this day nearly 30 years,” tweeted North Macedonian Defence Minister Radmila Sekerinska. "Congratulations to all of us." A formal flag-raising ceremony is set to take place in Brussels on Monday.