The EU's fateful decision to block Albania and Macedonia's path to membership will destabilize the Western Balkans. The EU is lacking clarity when it comes to its interests, says guest expert Christian Schwarz-Schilling. 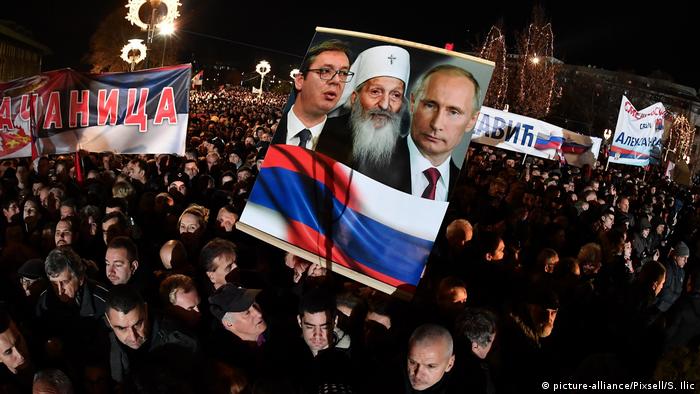 NATO will soon be admitting North Macedonia as the 30th member of the trans-Atlantic alliance. In doing so, it's sending a very important signal — particularly now, after Europe dealt the country a completely unexpected blow.

The recent cancellation of the start of EU membership talks with North Macedonia and Albania, vetoed by France, has had very negative consequences for the volatile Western Balkan region. Once again, it has become clear that Europe is failing to keep its promises, creating a real crisis of credibility.

While it's true the EU's demands concerning the rule of law in the candidate countries must be met, the European Commission has itself confirmed that North Macedonia and Albania have, in fact, started to implement EU requirements. Rejecting the next step toward EU membership is a major setback for both countries, and for the entire region.

For the Western Balkan countries — aside from Croatia, which joined the EU in 2013 — the question is: What now? The path to EU membership seems to be blocked for an indefinite period. Why should these countries continue to work toward meeting requirements for EU membership when it's being made clear to them that EU enlargement will be delayed for other reasons? 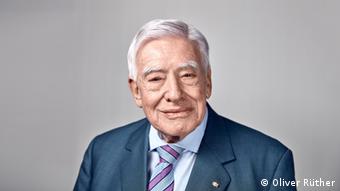 Europe knew there was a danger of these countries turning eastward. Nonetheless, the EU has decided to make this serious — some are even saying historic — mistake, and break its promises. Some, like the European Stability Initiative think tank, now advocate the integration of the Western Balkan countries into the European Economic Area to provide a first concrete step on the path to EU membership. This has provoked considerable debate, with many opposed to the idea.

Serbian President Aleksandar Vucic has already made his position clear in a recent interview with the Austrian newspaper Der Standard. "In Serbia, the rejection of EU negotiations will result in the EU becoming even more unpopular and less trusted," he said. "But we're looking out for ourselves. … And we also have good relationships with China, Russia and Turkey."

In late October, Serbia signed a trade agreement with the Russian-led Eurasian Economic Union — despite the fact that this move is not compatible with EU membership. Russia has also invited North Macedonia and Albania to do the same, with Moscow eager to take advantage of Europe's mistakes.

These are extraordinary developments. Europe lacks a common strategic policy, clarity about its interests and a vision for tackling the problems in the Balkans. It's very hard to understand what the European political elite is thinking on this matter.

It is therefore extremely important, at the very least, for NATO to have a stronger presence in the region. Albania and Montenegro are already NATO members, and North Macedonia is about to become one. Only Serbia does not aspire to membership — along with Republika Srpska, the predominantly Serb entity within Bosnia-Herzegovina.

Republika Srpska is loyal to Serbia and opposes NATO membership, despite agreeing to it years ago when it officially co-signed Bosnia-Herzegovina's application to join the alliance. This is now causing major problems and a political blockade in Bosnia-Herzegovina.

More than a year after parliamentary elections in October 2018, Bosnia-Herzegovina still hasn't formed a government. Republika Srpska has changed its mind and no longer respects the existing agreements, including the activation of the so-called Membership Action Plan, thereby blocking Bosnia-Herzegovina's path to NATO.

The leading Bosnian Serb politician, Milorad Dodik, the Serb member of Bosnia's multiethnic presidency, maintains good relations with Russia. Moscow opposes NATO enlargement in the Western Balkans, and supports independence for Republika Srpska. So while Russia is taking concrete steps to strengthen its influence in the region, the EU is making empty promises. This increases the risk of serious conflicts in the future, should Dodik decide to take concrete steps to secede and align Republika Srpska more closely with Serbia.

Serbia's Vucic is usually very cautious in his public statements about Bosnia-Herzegovina. But in his interview with Der Standard, referencing Bosnia's earlier independence referendum from the former Yugoslavia, he asked, "Why don't we allow such a referendum in Republika Srpska today?" Vucic, still annoyed at the loss of Serbia's former southern province of Kosovo, has his sights set on an independent Republika Srpska.

"The Serbs are the only ones who have no right to self-determination," he said. "It makes Serbs angry when they hear that the others have done everything according to international standards, but when they ask for something, they aren't treated as a sui generis case."

Is a new conflict brewing?

There is a real danger that the failure of the EU-led negotiations between Serbia and Kosovo will result in open conflict. This would have dire consequences for Bosnia-Herzegovina — particularly for the district of Brcko, geographically situated between Republika Srpska and Serbia, which would play a decisive role in any conflict.

It's therefore very important for NATO, which — alongside the EU peacekeeping force EUFOR — has been in Bosnia-Herzegovina since the end of the war in 1995, to beef up its military presence in the region in order to prevent things from getting any worse.

And, in light of these developments, Europe needs to finally wake up.

Christian Schwarz-Schilling was the German minister for post and communications from 1982 to 1992. He gave up his position in protest against the government's inaction over the Bosnian War. In 2006/2007 he served as high representative of Bosnia-Herzegovina within the framework of the Dayton Agreement as well as the EU's special representative for Bosnia-Herzegovina.

While Brussels is reluctant to draw western Balkan countries closer to the EU, the Kremlin is taking action to foster relations in the region, particularly with its longtime ally Serbia. (19.10.2019)

India: Security forces kill civilians after mistaking them for insurgents 3m ago

US, Western allies condemn Taliban over 'summary killings' 3h ago

Opinion: Who decides that omicron is a 'South African' variant? 19h ago