My Europe: Balkan countries joining the EU — unwanted or unwilling? | Europe | News and current affairs from around the continent | DW | 08.07.2019

My Europe: Balkan countries joining the EU — unwanted or unwilling?

How serious are the Western Balkans in their stated wish to join the European Union? The issue of EU integration is frequently used by local elites to consolidate their own power, writes Ivaylo Ditchev. 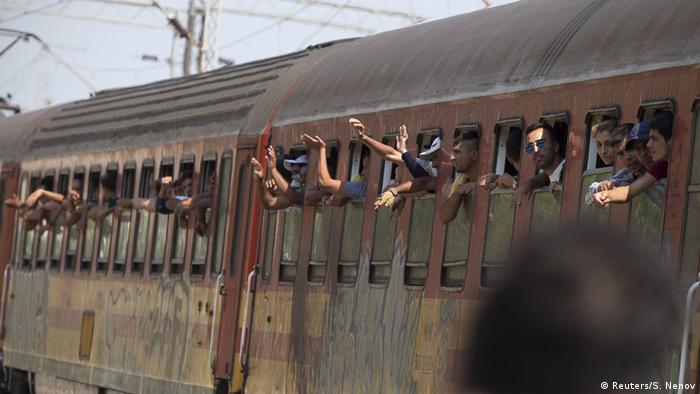 Once it became clear that Recep Tayyip Erdogan's Turkey was not welcome in the EU, and that bringing Ukraine into the fold would create serious tensions with Russia, accession talks concentrated on the Western Balkans instead. Two countries (Albania and North Macedonia) have been formally recognized as candidates, two more (Bosnia and Herzegovina and Kosovo) are potential candidates, while another pair (Serbia and Montenegro) have already started accession negotiations.

But alas, the EU's enlargement aims are not what they used to be. Some leaders recall the issues created by other "problem children" from the region like Bulgaria, Greece or Romania; other more populist leaders oppose in principle the membership of predominantly Muslim countries like Kosovo and Bosnia; while a few simply tend to forget about the "soft belly of Europe."

Putting the much-discussed enlargement fatigue in Europe to one side, how serious is this region in its stated wish to join the EU?

Consider a recent example pertaining to relations between Bulgaria and North Macedonia. The government in Sofia presents itself as a champion of the Western Balkans; and yet a tiny incident made the nationalist deputy prime minister and defense minister, Krasimir Karakachanov, threaten to veto North Macedonia's EU accession. His reason? Skopje's government would not acknowledge that Gotse Delchev, one of their venerated revolutionaries from the turn of the 19th and 20th centuries, was Bulgarian. A joint commission is supposed to resolve such historical quarrels. But this body only plays for time and after a year it has barely digested disputes from the Middle Ages. 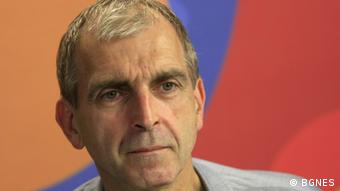 Ivaylo Ditchev is a professor of cultural anthropology in Sofia

Gotse was born an ethnic Bulgarian and died as a hero of the emerging Macedonian nation, but history is of a lesser importance in this case. What's set to become a major stumbling block in an EU accession process? Not trade, not cross-border projects, not investment or security issues, but rather the ownership of a historical personality. This illustrates that there are reasons why the capitals of Skopje and Sofia, separated by just 245 kilometers (152 miles), are not connected by railway lines to this day!

During the dispute, Bulgarian nationalists lauded the heroic Greeks, saying that they had protected their national interest by forcing Skopje to change its country's name and give up all claims on antiquity. This symbolic conflict, which held up the small post-Yugoslav country for 27 years on its road to international recognition, seems to have set an example for the region.

Compatible with the European project?

The problems are even greater elsewhere. There is real apartheid in Bosnia. The three main ethnic communities [Bosniaks of Muslim descent, primarily Orthodox Serbs and primarily Catholic Croats — editor's note] hardly mix; children even have different history lessons in school. Or consider the difficult talks between Serbia and Kosovo, which were put on ice once again last year after the murder of a Serbian politician.

With due respect to the cultural complications, one might still ask what image of the European Union these countries have. At its origin, it was a project designed to overcome borders and foster trans-national cooperation — first in economic projects and later in many more domains. But in the Balkans, EU integration seems to have the opposite goal: It's a tool for not-quite-legitimate local elites to consolidate their power. For them, opposing their neighboring countries has been a way to compensate for the domestic lack of traditional class identity, consistent ideologies or independent policies.

In keeping with this tradition, EU integration in the region doesn't start with collaborative coal and steel projects, but with imitative top-down projects required by the modern EU. The Balkan elites have no real interest in doing away with national borders. On the contrary, most businesses rely on national support and covert protectionism. Few local companies actually operate across the region, and relying on multinational companies like Coca-Cola would be naive.

It's always been odd at first glance that former Soviet satellites Bulgaria and Romania joined the EU before the remnants of the non-aligned former Yugoslavia. One explanation might be the fact that the elites in Sofia and Bucharest entered into the transition period with far less legitimacy and had to comply, as they were conditioned to as part of the Soviet bloc. Meanwhile the new states born out of Yugoslavia seemed to retain more self-confidence and internal prestige, leading them not to symbolic wars but to real ones. 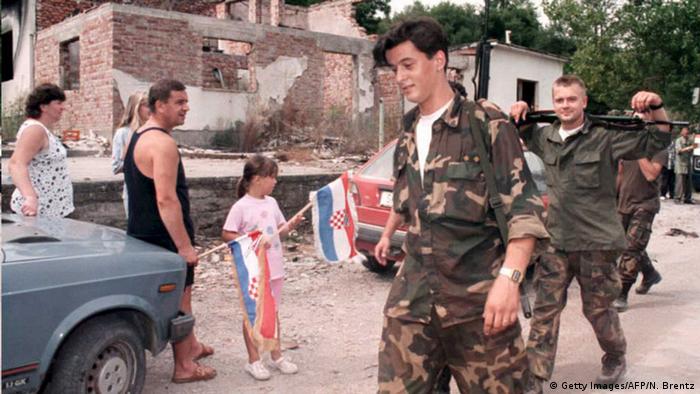 Views on ethnicity skewed by conflict

The paradoxical use of EU integration to consolidate shaky nation states should be seen in combination with the ethnic vision of the nation that is common in Europe's south-east. Ethnic cleansing, though best known as the trademark of the "Butcher of the Balkans," Slobodan Milosevic, was in fact practiced by every single country in the region. It started with the wars of liberation, in the latter decades of the Ottoman Empire, when hundreds of thousands of Turks were chased from their homes in Greece or Bulgaria. Ethnic cleansing was even done by the supposed "good guys" too: for instance when the Croats cleansed the province of Krajina with American help as part of Operation Storm. And in Kosovo, ethnic Serbs are still fleeing the country, right under the distracted nose of the EU.

Remember what happened in Czechoslovakia and Poland after World War II? They expelled millions of Germans and, given that the Nazis had already exterminated most of the region's Jews, then entered into the postwar world in a state of almost unnatural ethnic homogeneity. The hysterical reaction against refugees at present might be the result of that same feeling of "purity." And rooted in this same feeling is a fear of the European project as such, which foresees ethnic boundaries disappearing, people mixing and accepting human diversity.

The Western Balkans now risk following the same path, because ethnic-led politics tends to produce strong passions and violent leaders. Perhaps their best hope is to revive the old Yugoslav spirit of openness and a mix of cultures, or even — why not? — the short-lived postwar utopia of a Balkan federation, so rapidly ruined by Josef Stalin.

Ivaylo Ditchev is a professor of cultural anthropology at the University of Sofia in Bulgaria. He has lectured in Germany, France and the US, among other places.

Photos and stories, little sweaters and shoes, a cradle and marbles: An exhibition remembers children killed in the Kosovo War, which ended 20 years ago. (09.06.2019)