EU ministers have decided to delay opening accession talks with Albania and North Macedonia. Germany was partly to blame for the hold up. 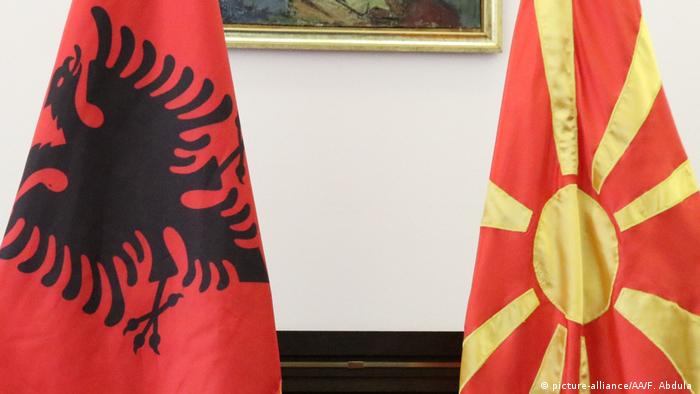 The European Union on Tuesday delayed the start of formal accession talks with Albania and North Macedonia until October.

The European Commission last month recommended that accession talks should begin with the Balkan countries after they had carried out reforms.

However, EU ministers for European affairs gathered in Luxembourg on Tuesday were unable to overcome differences between member states to launch the accession talks. Unanimous agreement by all 28-member states is needed.

"In light of the limited time available and the importance of the matter, the Council will revert to the issue with a view to reaching a clear and substantive decision as soon as possible and no later than October 2019," the European Council said.

One major factor for the delay is Germany, which first needs to get parliamentary approval. There is also resistance from some states to adding new member states, particularly from France and the Netherlands. However, last week 13 member states, mostly from Eastern Europe but also Italy and Austria, called for the immediate opening of talks with the two Balkan countries.

The EU's enlargement policy encourages states to carry out pro-democratic reforms, with the lure of membership as a reward.

EU Enlargement Commissioner Johannes Hahn said he was "extremely confident we'll get a green light in October," but warned that "indecision and inaction are not an option."

"Our collective credibility is at stake and our leverage for tough reforms across the region are equally at stake," he told reporters.

EU officials say it is important to send the right message to regional states that have carried out reforms demanded by Brussels. In particular, they say North Macedonia should be rewarded for settling its long-running name dispute with Greece last year, while Albania passed judicial reforms that have been overshadowed by protests against Prime Minister Edi Rama. Both countries are viewed as key states to promote stability in the Balkans, but they still suffer from corruption and organized crime.

Opponents argue the EU should not rush to accept new members, citing lingering corruption and justice issues in member states Romania and Bulgaria.

Matters of national identity and interest are at stake as Macedonians vote in a highly divisive referendum on what to call their country. Membership in NATO and the European Union could hinge on the result. (28.09.2018)

Heavily armed robbers have targeted an Austrian Airlines flight in Albania, reportedly stealing millions of euros from its cargo. Passengers were on board the plane at the time. (10.04.2019)