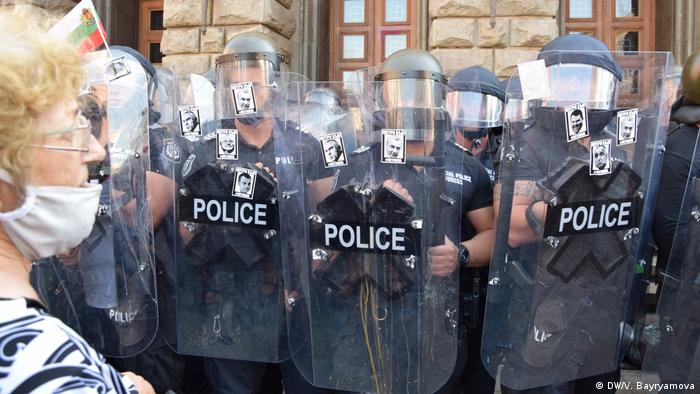 For the past 57 days, protesters have been calling for Borissov and his entire center-right government to resign, accusing them of failing to combat corruption and of weakening state institutions to benefit powerful tycoons.

Borissov, who has been in power for over a decade, is attempting to appease protesters by reshuffling his Cabinet and offering to overhaul Bulgaria's political system with constitutional changes.

Justice Minister Danail Kirilov was replaced by his deputy Desislava Ahladova on Thursday after facing a wave of public criticism for a draft of a new constitution that he co-authored.

Protesters, who have the backing of Bulgarian President Rumen Radev, have rejected the constitutional amendment plans as an attempt for Borissov to buy time until the next elections in March.

Borissov's ruling GERB party dug in its heels on Thursday, saying the country's coalition government will not bend to demands from protesters to resign — citing the violence that emerged during the protests overnight.

"If we do that it would mean that any next government could be brought down by people from the criminal world," he said.

Around 200 protesters and police officers were injured in the overnight clashes, which saw some demonstrators throw firecrackers and other projectiles at police. At least 126 people were arrested. Sofia police chief said half of those arrested had prior criminal records.

Commenting on the protests in Bulgaria, which is the poorest country in the EU, the European Commission said that member states must ensure the right to peaceful protest. The Commission added that any use of force by police against protesters must also be proportionate.