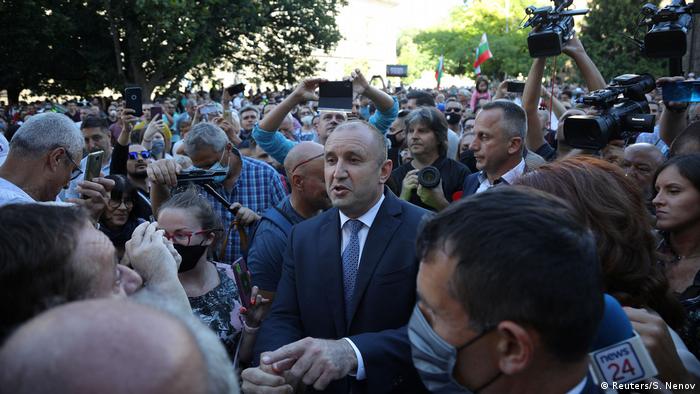 Bulgarian President Rumen Radev urged for the country's center-right government to step down on Saturday, accusing them of corruption and of having a "mafia character."

In a nationally televised speech, Radev said the resignation of Prime Minister Boyko Borissov's government was the only way to ease political tensions that have sparked mass protests across Bulgaria. He also called for the country's chief prosecutor, Ivan Gechev, to step down. 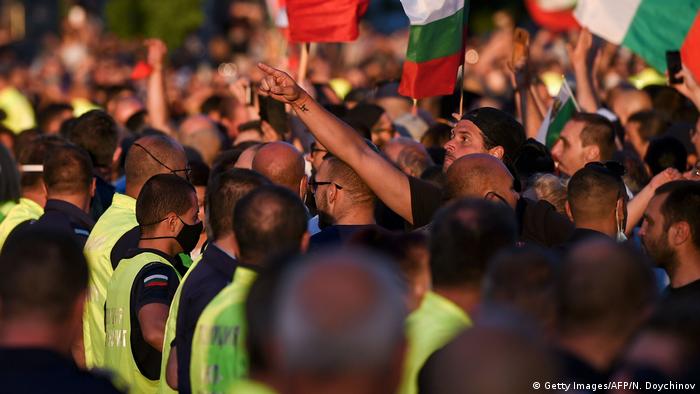 There have been repeated anti-government protests in Sofia

"Bulgarians of different ages and political affiliations are demanding the restoration of the rule of law and basic civil freedoms that have been methodically violated over the last years," he said.

"The anger is deep. It has been piling up for years and cannot be suppressed by fear and force,'' Radev added.

His remarks came after a police raid on the president's headquarters this week and the arrests of two of his aids on suspicion of influence peddling.

The country's chief prosecutor had accused Radev of unconstitutional behavior and tweeted that the president violated judicial independence and was attempting to exert pressure on the prosecutors office.

Last year, Radev tried to block Gechev's appointment amid public outcry that he would do little to clamp down on widespread corruption in the country.

Following the raids, thousands of demonstrators took to the streets of the capital Sofia to condemn the searches as an attack against the Socialists-backed Radey. They also accused the government of corruption and of having ties to criminal groups.

On Saturday, hundreds of people protested against corruption on a beach on the Black Sea that is exclusively blocked for a political official who supports Prime Minister Borissov.

During the protests in Sofia on Friday night, 18 people were arrested while two protesters and four police officers were injured.

Borissov has been in power since 2009, with this third term due to end in March next year.

Bulgaria is ranked as the most corrupt member state in the European Union by governance watchdog Transparency International.