Riot police and anti-government protesters faced off outside parliament with both sides suffering injuries. Prime Minister Borisov tried to push through a constitutional amendment while accused of corruption. 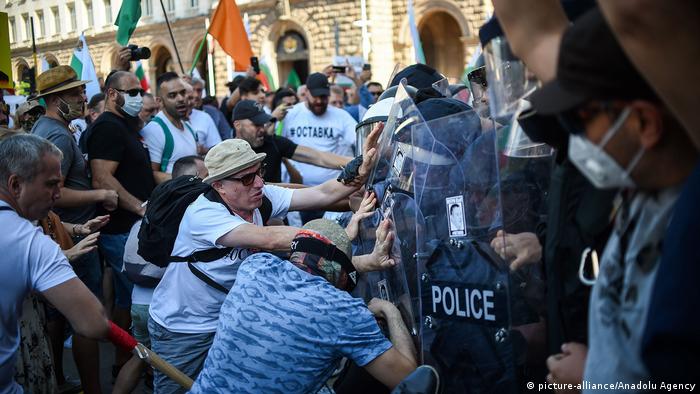 Authorities arrested over 60 protesters on Wednesday evening in the Bulgarian capital, Sofia, after an anti-government demonstration turned violent, police reported on Thursday morning.

Emergency services said several police officers had been injured after protesters threw bottles, rocks and home-made firecrackers in an attempt to break through police lines surrounding the parliament building.

Organizers had planned for a peaceful rally in what they called the "Grand National Uprising," but violence broke out and protesters hurled objects and shook police vehicles. Protesters and police both used pepper spray during the demonstration.

Around 45 people, including police officers, were being treated in hospital, health officials told Reuters news agency. 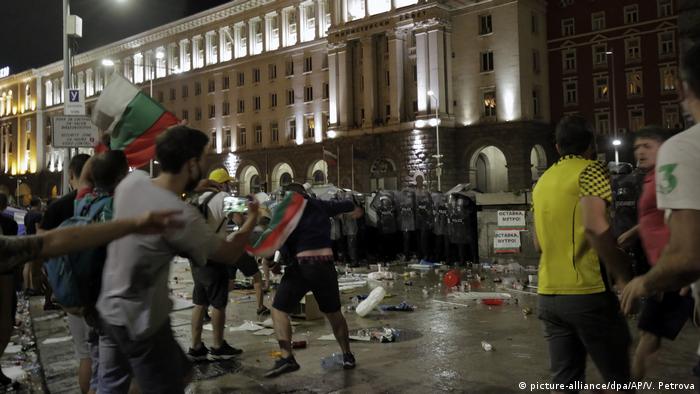 Thousands of protesters had gathered on Wednesday morning to block the parliament building before lawmakers returned after a summer break. 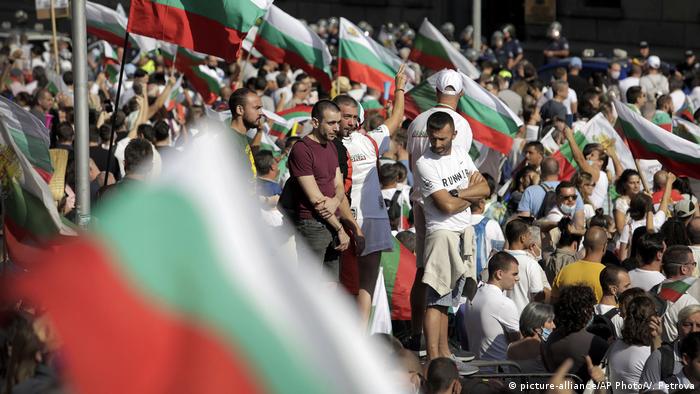 Protesters have called on the prime minister to resign

The demonstrators accused the government of corruption and protecting powerful tycoons.

Wednesday's rally was part of an ongoing campaign to pressure Prime Minister Boiko Borisov and chief prosecutor Ivan Geshev to resign for their alleged backroom connections with oligarchs. Borisov, 61, has been in power for over a decade.

Daily protests have been going on in Sofia and other cities for the past two months.

Presidential support for the protests

Protesters have the support of the Bulgarian president, Rumen Radev, who also called on Borisov to resign, saying, "We have no other way out of this loss of confidence." He made a plea inside parliament for the government to call early elections in order to "emerge from this crisis with dignity."

Wednesday marked the 56th day of protests with demonstrators promising that they would keep up their rallies outside of parliament until the government resigns.

"It is high time that the rulers realize that they are hated and unpopular," activist and organizer Velislav Minekov said on state radio.

Borisov has agreed to resign on the condition that parliament approves his proposed constitutional amendment calling for the election of a grand national assembly to pass a new constitution that he says would improve the independence of the judiciary and decrease the number of deputies.

Both protesters and the president rejected the proposal as an attempt by the prime minister to buy time.

Elections are currently planned to be held next March.