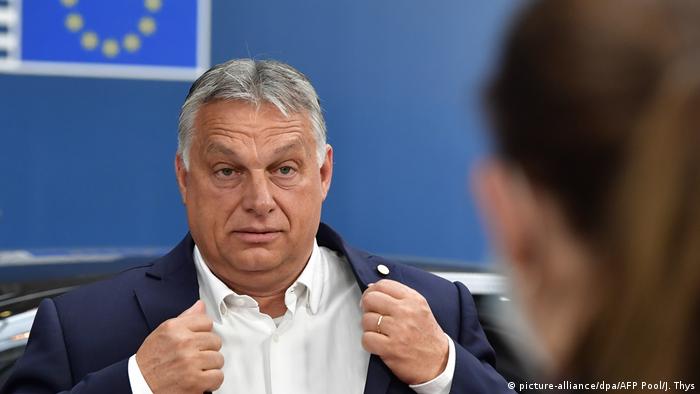 The European Union continued its criticism of Hungary and Poland on Wednesday, this time in a report slamming democratic standards in the two countries.

The assessment on the rule of law covered all 27 EU member states and expressed "serious concern" about judicial independence in Hungary and Poland.

"It is relevant to have an overview of these issues, and see the links between them," EU Values Commissioner Vera Jourova said. "Not least because deficiencies often merge into an undrinkable cocktail, even if the individual ingredients seem to be fine."

The Commission also aired its unease over corruption in Hungary, highlighted by "tight interconnections between politics and certain national businesses."

"The Hungarian citizens need to have the first and last word," Jourova told DW. "It's for them to have a free choice in elections and that we need to make sure that in all the member states, not only in Hungary, there are conditions to guarantee the free and fair elections for the citizens who are the sovereign power in every member state." 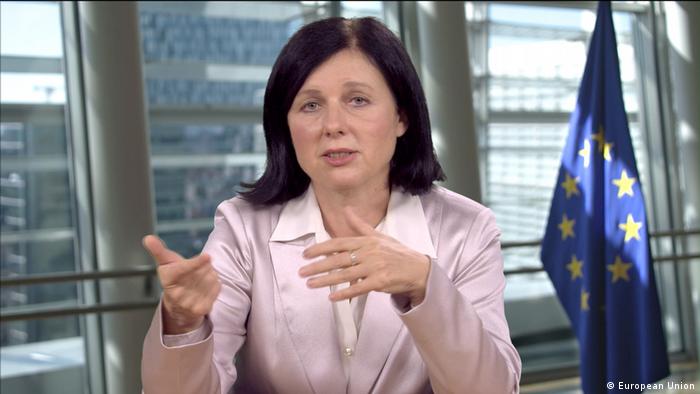 Budapest and Warsaw have long been at loggerheads with the EU over democratic issues, as well as immigration, with Hungarian Prime Minister Viktor Orban accused of persecuting media that oppose his government while shutting down foreign-owned universities.

The growing discord between Brussels and Budapest increases tensions on the eve of an EU leaders summit. The high-level meeting on Thursday has been arranged to fine-tune a major coronavirus recovery package, but it now looks set to be overshadowed by the rule of law debate.

The European Commission's main concerns with regards to Poland relate to its overhaul of the judiciary. This "increased the influence of the executive and legislative powers over the justice system and therefore weakened judicial independence," according to the report.

In Poland, Prime Minister Mateusz Morawiecki did not refer to the report while presenting his new cabinet on Wednesday, but the country's liberal opposition the Civic Coalition said it indicated criticism of Poland's right-wing government, but not of the country itself.

"It is the current ruling team that is rated so low in the report and its Law and Justice [party] (PiS) that is responsible for all the problems that the European Commission is referring to now," said Civic Coalition lawmaker Kamila Gasiuk-Pichowicz.

The report comes a day after the bloc dismissed Orban's demand for Jourova to resign.

Orban demanded Jourova step down after she lamented Hungary's lack of democracy in an interview with German magazine Der Spiegel.

But the EU's executive arm was quick to reject the request, with spokeswoman Dana Spinant confirming that Commission President Ursula von der Leyen had received Orban's letter but that she has "full trust" in her vice president.

"Our concerns when it comes to the rule of law situation in Hungary are well known," Spinant said, before adding that von der Leyen would be responding to Orban's communication.