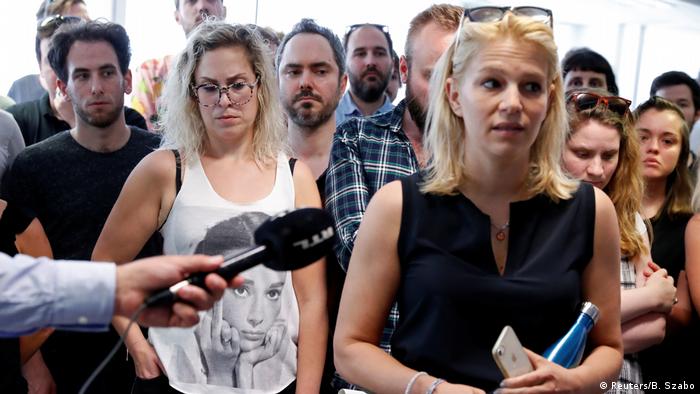 The three leading editors of the Hungarian news website Index quit their jobs on Friday, along with more than 60 other editorial staff.

The editors - Attila Toth-Szenesi, Veronika Munk, and Janos Haassz – cited the dismissal of editor-in-chief Szabolcs Dull as the reason.

Index is seen as one of the last major independent news websites in Hungary, and a leading critic of Prime Minister Viktor Orban's government.

Later on Friday, thousands of protesters marched from the editorial office of Index to the official residence of Prime Minister Viktor Orban in Buda Castle, calling for more press freedom. Participants shouted "Democracy!" and "We have had enough!" at the Budapest rally. 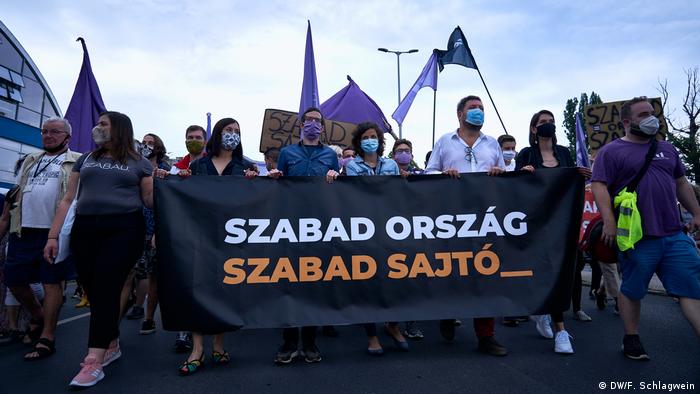 In a  letter signed by all the departing staff and posted on the websitethe journalists said the sacking was part of an obvious move to exert pressure on their team.

"His dismissal is a clear interference in the composition of our staff, and we cannot regard it any other way but as an overt attempt to apply pressure on Index.hu.," the letter read.

The walkout, showing the journalists on their way out of the office, was captured in a video posted on YouTube.

In their letter, the journalists explained that they had long insisted on two conditions for the independent operation of Index: "That there be no external influence on the content we publish or the structure and composition of our staff. Firing Szabolcs Dull violates our second condition."

A meeting had been held on Thursday where staff had called for the reinstatement of Dull. Their demand was refused.

Two years ago, in anticipation of interference in their editorial independence, staff at Index created a traffic-light barometer to show whether their freedom to report was in danger. In June they changed the level from green, meaning that reporting was "independent," to an amber level signifying "in danger."

In June, Dull himself had warned Index was in "grave danger" and at risk of losing its independence.

"Index.hu, Hungary's largest news site and one of the few remaining independent voices, is in grave danger," he said, adding that a "proposed organizational overhaul" put the site "under such external pressure that could spell out the end of our editorial staff as we know it."

"We want a news site where politicians and messengers of the government or economic actors have no power to pull a story," he said.

Pro-Orban businessman Miklos Vaszily bought a large stake in Index's advertising agency in March, prompting concerns over the future independence of the website. Vaszily previously transformed Index competitor Origo.hu into a pro-government outlet, but he has denied he wants to exert editorial control over Index.

Orban has transformed Hungary's media landscape since coming to power in 2010. Many public news outlets have turned into state organs, while his wealthy allies have bought up much of the private media sector.

EU officials have backed a decision to accept China's censorship of a letter that ran in a Chinese newspaper. A sentence referencing China as the origin of the coronavirus outbreak was removed before publication.

Russia's most prominent independent newspaper was accused of violating the country's "foreign agents" law. The paper ceased printing in March following Moscow's invasion of Ukraine, now it is no longer available online.