Poland passed a law that would punish judges who criticize the conservative government's judicial reforms. The European Commission fears that politicians could use the reforms to control rulings. 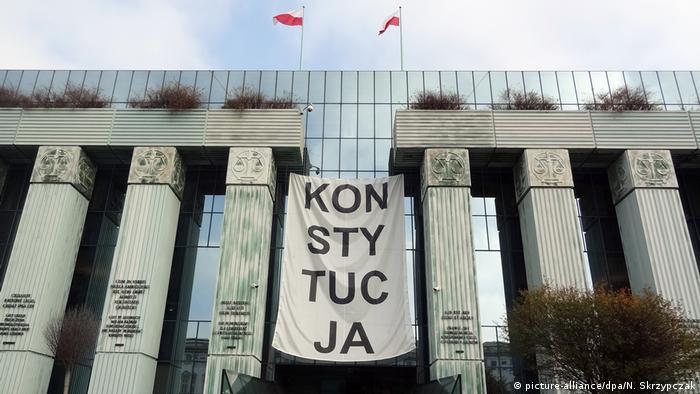 The European Commission, the EU's executive branch, has launched a legal case against Poland for what they consider is an attempt to muzzle judges.

Polish President Andrzej Duda signed into a law a controversial billthat would allow for the punishment of judges that criticize the government's reforms of the judicial system. Dozens of judges have already been punished for their criticism.

EU Justice Commissioner Didier Reynders wrote on Twitter that the new law in Poland "undermines judicial independence and is incompatible with the primacy of EU law."

Wednesday's case is the fourth the Commission has put forward against Warsaw since the conservative government, led by the nationalistic Law and Justice Party (PiS), began instituting judicial reforms.

Vera Jourova, a Czech member of the European Commission responsible for upholding the bloc's democratic values, told reporters there were "clear risks that the provisions regarding the disciplinary regime against judges can be used for political control of the content of judicial decisions."

"This is a European issue because Polish courts apply European law," Jourova added. "Judges from other countries must trust that Polish judges act independently. This mutual trust is the foundation of our single market."

The Commission has given Poland two months to address its concerns or it would sue it in the European Court of Justice. A guilty verdict could lead to hefty fines and a court order telling Warsaw to change course.

The EU has long accused PiS party of undermining Polish democracy by increasing state control over courts, media and civic society. The commission has also criticized Poland's decision to hold a presidential election next month despite public health concerns relating to the coronavirus pandemic.

Polish judges wanted the European Court of Justice to rule on the legality of the 2017 reforms. Poland's government has been on a collision course with the EU due to its overhaul of the court system for several years. (26.03.2020)