What are Poland′s controversial judicial reforms? | News and current affairs from Germany and around the world | DW | 05.11.2019 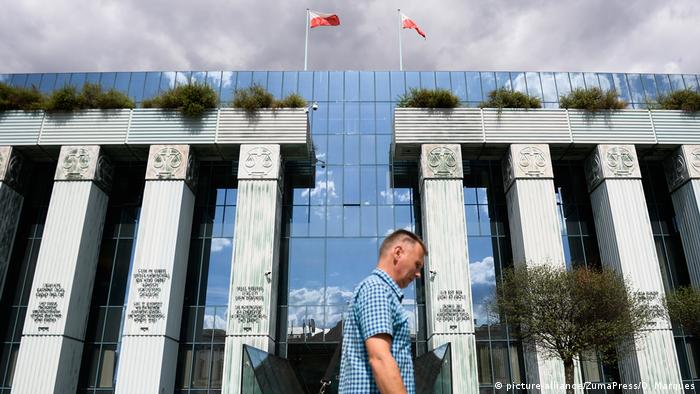 When Poland's Law and Justice (PiS) party took power in late 2015, they began plans to overhaul the judiciary. The right-wing populist party said long-overdue reforms were needed for a system beset by corruption and communist era mentalities.

The European Union and other critics said the reforms represented a fundamental threat to the rule of law and democratic principles in the country and have fought them  but a recently re-elected PiS party have vowed to push on.

These are some of the reforms that have been at stake.

The European Commission, the EU's executive arm, said one of the most controversial reforms was to do with the Supreme court, which, among other duties, is responsible for confirming election results. The idea was to lower the age of retirement for Supreme Court justices from 70 to 65, but allow the Polish president to grant a five-year extension to whomever they deemed worthy. In 2019, the European Court of Justice (ECJ) — the EU's highest court —ruled this was was illegal, after an interim decision ordered 20 already-sacked judges be reinstated.

There were also moves to try a similar tactic in the general court system for judges and public prosecutors, lowering the age of retirement for women to 60 and for men to 65, down from the current 67. Under the reforms the justice minister, who is appointed by the ruling party, would have the power to extend a judge's term. The laws were somewhat adjusted after pressure from the European Commission, but in November 2019 the ECJ shot down these laws, too, citing gender discrimination and political influence over the judiciary.

Another PiS addition allowed judges to be investigated and sanctioned for their court rulings. The disciplinary hearings and procedures were to be carried out by judges selected via parliament. These reforms were criticized by the European Commission because "judges are not insulated from political control and thus judicial independence is violated." The commission brought legal action against Poland on this matter in October 2019. 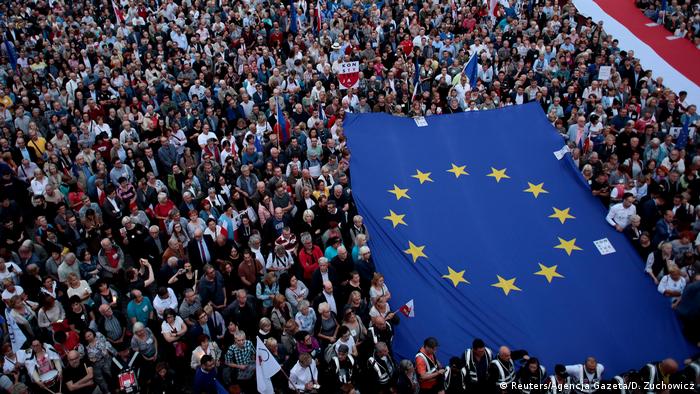 National Council of the judiciary takeover

The National Council of the Judiciary, the KRS, is the public body responsible for appointing judges. This body, traditionally appointed by fellow judges, was reformed to allow parliament to make political appointments to the board. The PiS-controlled lower house has already approved at least 15 candidates to sit on the 25-seat body. The move was part of what spurred the EU into triggering Article 7 of the Treaty of the European Union. The European Network of Councils for the Judiciary followed suit and suspended the KRS' membership.

Ahead of the 2019 election, the PiS proposed restructuring the court system. The justice minister said the country had four levels of courts that could be reduced to three. Critics said this could allow the government to reappoint most judges and get rid of undesirable ones through forced retirement or by sending them to distance appointments.

In 2015, parliament changed the law on the Constitutional Tribunal, which rules on the constitutionality of legislation. The changes allowed them to annul the nominations of three judges made by the previous parliament and appoint their own. It shortened the terms of the tribunal's president and vice-president from nine to three years. The tribunal ruled the move unconstitutional in an open rebellion, but the dispute remains unresolved.

Separate to the judicial reforms, but attracting similar criticism, is the party's reforms of the media sector. The new media law gave government ministers the power to hire and fire the leaders of state broadcasters, potentially turning them into state propaganda outlets without regard for objective journalism. Ahead of the election, PiS published a party manifesto that aimed to create a "new media order." The new policies would introduce a "self-government" body to regulate journalists and ensure they follow certain professional standards. On the World Press Freedom Index, the country has fallen from 18th to 59th since the PiS party were elected.