Polish President Andrzej Duda has approved the law, which gives the government more control over state news organizations. Brussels has repeatedly spoken out against the bill, insisting it could violate free speech. 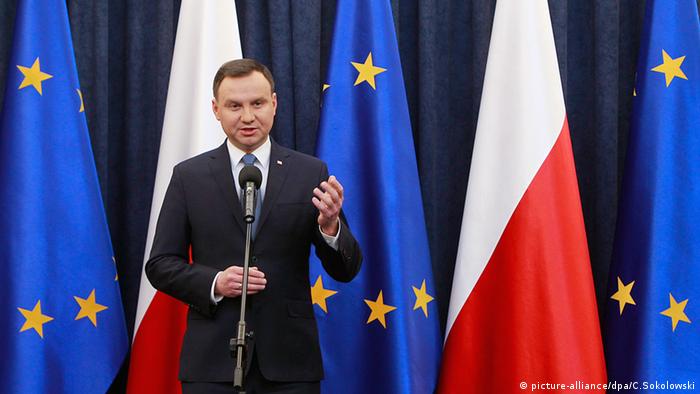 A spokeswoman for Duda said the president signed the law on Thursday, despite growing concern from the international community that Warsaw is clamping down on dissent.

The law, which allows the government to appoint ministers in charge of state news organizations, drew heavy condemnation from Brussels after the governing conservative-nationalist party pushed it through parliament in December. The European Commission announced on Sunday it would debate the law at a meeting on January 13.

Duda wants the Polish media to be "impartial, objective and credible," the president's spokeswoman said. But EU officials, as well as media organizations and watchdogs like Reporters Without Borders, the European Broadcasting Union and the Association of European Journalists, have condemned the law.

The January 13 meeting could in theory lead to the application of Article 7 of the Treaty of the European Union, and the suspension of the country's voting rights within the bloc. However, European Commission President Jean-Claude Juncker on Thursday said that this option remained unlikely.

"Now we are in discussions with Poland and I don't want to speculate about further consquences, which could be entailed by the application of Article 7. We are not there, I don't think we will get to that point," Juncker told reporters in Amsterdam. "Let's not overdramatize ... We have to have friendly and good relations with Poland so our approach is very constructive. We are not bashing Poland." 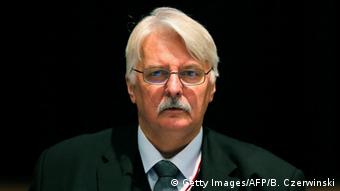 On Tuesday, Warsaw invited the European Commission's representative to hold talks over the new law. In an interview with a Polish broadcaster, Foreign Minister Witold Waszczykowski said he hoped to clear up some of the "strange, unclear statements of some European Commissioners, who, based on press reports ... start to judge Poland."

In an interview with German newspaper Frankfurter Allgemeine Sonntagszeitung, Günther Oettinger, the EU Commissioner for Digital Economy and Society, said the EU was concerned "that state broadcasters could lose their function, namely to inform citizens independently, and for that we need to strengthen the independence of regulators."

That same day, Waszczykowski told German newspaper "Bild" that there was a double standard in what Brussels was preaching. He said no EU officials spoke out when the previous, pro-EU government was in power, despite there being "no pluralism in the public media" in Poland. He also railed against the values that flourished under that government, saying that he wanted to cure Poland of "some diseases."

Earlier, four senior members of the country's public broadcaster resigned in the wake of the law's passage in parliament. Among them was Tomazs Lis, a renowned journalist there, who announced his resignation on Facebook along with the caption "Fear not."

The ruling Law and Justice (PiS) party of Jaroslaw Kaczynski won elections in October after eight years in opposition to the previous government.

Overly harsh criticism of the Polish government will only stiffen its resolve, especially coming from Germany. Christoph Hasselbach says diplomatic tact is sorely needed in Brussels. (04.01.2016)

The EU has said it will debate a controversial media law approved recently in Poland's parliament. Warsaw officials have defended the move, accusing Brussels of double standards. (04.01.2016)

Four senior managers at Poland's public broadcaster TVP have announced their resignations. Poland's imminent adoption of new media legislation would likely have resulted in their dismissals. (02.01.2016)