Poland has undone a law that lowered the retirement age of Supreme Court judges after the EU's top court ordered its reversal. The country's judicial reforms have been at the center of a dispute with the EU. 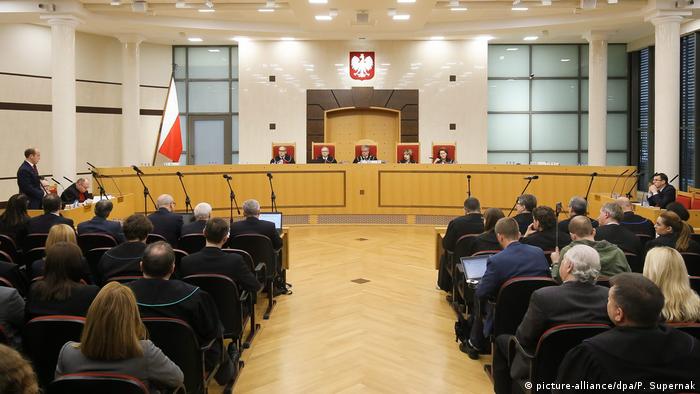 Earlier in the day, the European Court of Justice (ECJ) had ordered Poland to immediately suspend a law that lowered the retirement age from 70 to 65.

The Polish parliament passed a revision to the law in late November following an interim ECJ order in October.

The European Commission, the EU's executive arm, had asked the bloc's top court to review the legislation over concerns the reforms gave the government control of the judiciary.

The EU has been in a bitter dispute with Poland's ruling Law and Justice (PiS) party since it made sweeping changes to the judiciary after coming to power in 2015. The government says that the changes were necessary to make the Supreme Court more efficient.

The standoff led the EU to launch proceedings against Poland over concern about judicial independence and the rule of law that could see Warsaw lose its voting rights in the bloc.

Critics welcomed the government's reversal, but say PiS has exerted control over top courts and a council that appoints judges.

Is media censorship a coming threat in Poland?

The EU Commission is suing Poland at the European Court of Justice for its decision to force judges to retire. Poland breached fundamental EU values in doing so, the EU says. (24.09.2018)