Is media censorship a coming threat in Poland? | Europe | News and current affairs from around the continent | DW | 10.12.2018

Is media censorship a coming threat in Poland? 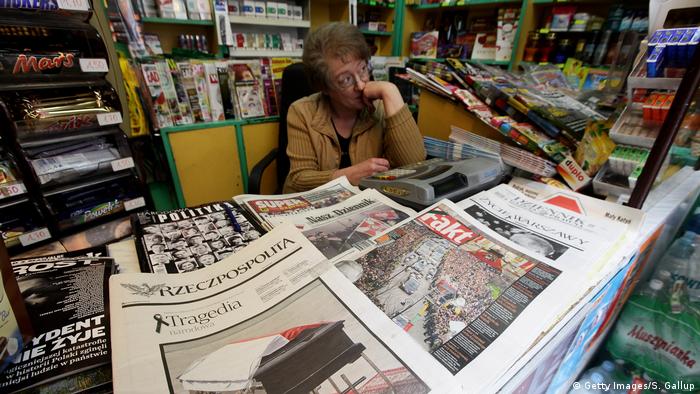 In mid-November, the liberal daily Gazeta Wyborcza unveiled a corruption scandal that forced Marek Chrzanowski, the head of the Financial Supervision Authority (KNF), to resign.

In a conversation that was recorded, Chrzanowski offered to help a bank owner solve the bank's woes. The institute was to hire a specialist recommended by Chrzanowski and pay him a fee of €10 million ($11.36 million).

Since publishing the corruption expose, the newspaperhas been under pressure. For an investigative journalist like Wojciech Czuchnowski, this is his daily bread. 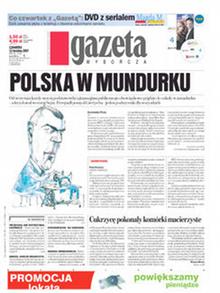 The Gazeta Wyborcza: Under constant fire from the government

This year alone, the ruling Law and Justice (PiS) party and other state bodies have mounted legal challenges over 50 of his articles. They have sued with demands for apologies and compensation, sometimes for as much as €12,000.

But since the article that toppled the KNF head, the paper has been under massive pressure from the National Bank of Poland, which is calling for the removal of all media articles on the topic from the internet.

"It complicates my work and takes up my time, because I have to respond to every demand. It completely hampers my journalistic work," Czuchnowski told DW.

"But every time I have to respond, I check my information very carefully and often uncover new stories," he added. Czuchnowski said he would not let himself be intimidated and that he found strength in the support of his readers.

Letter to the world: Call for global solidarity
Support is also flowing in from colleagues in the media industry. The liberal Society of Journalists, a member of the International Federation of Journalists , has already sounded the alarm. In a "Letter to the World," the society warns that the recent attempts to intimidate journalists already smack of censorship.

"Journalists who report criminal and financial affairs and pathological situations are pursued and treated by the state as potential criminals. The aim is to achieve a ‘chilling effect’ and get them to drop critical reporting. The authorities also want to undermine public trust in journalism by accusing reporters of trying to undermine confidence in the banking system, writing articles at the behest of opposition politicians and being themselves involved in criminal activity," the letter says.

The letter also mentions the case of Newsweek magazine reporter Wojciech Ciesla, who was called in for questioning by the state prosecutor's office because of his text on the controversial deputy head of the Constitutional Tribunal.

On December 10, the Press Club Polska also responded with an open letter to the Polish prime minister, Mateusz Morawiecki, speaking of the "harassment of journalists."

The Press Club criticizes the attempts to force journalists to divulge their sources and also the repeated interrogations to which critical reporters are regularly subjected without concrete accusations.

"If state institutions instrumentalize the law to try to intimidate or silence journalists, then press freedom is seriously endangered," reads the appeal to Morawiecki.

The attack on media freedom in Poland is also stirring debates on an international level. Reporters Without Borders (RSF) has called on the Polish government to stop intimidating journalists.

"All this harassment is part of a campaign that the Polish government has been waging against independent media outlets since 2015, a campaign designed to economically throttle critical media, prevent journalists from doing investigative reporting," said Pauline Ades-Mevel, head of the EU and Balkan desk at RSF. 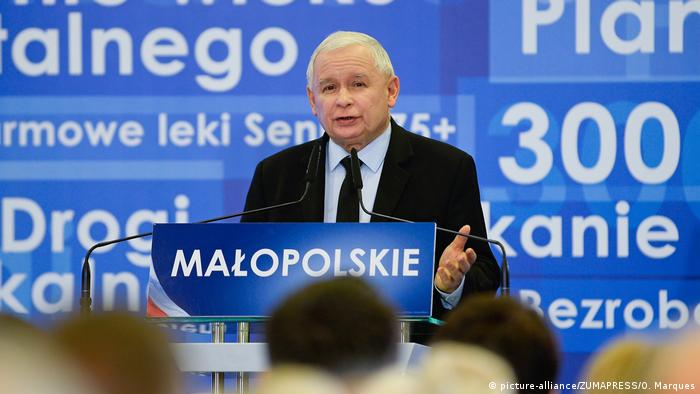 Jaroslaw Kaczynski is a major force behind the PiS

Another recent instance of this climate of suppression that has outraged Ades-Mevel are the accusations against the private broadcaster TVN.

At the beginning of 2018, TVN, part of the US media group Discovery, showed a report about young Polish people in southern Poland celebrating Adolf Hitler's birthday with the Nazi salute and slogans.

But in the end, only the TVN cameraman was accused of propagating Nazi propaganda: He had allegedly also made the Nazi salute in order to be able to move inconspicuously in the neo-Nazi milieu.

After protests, many of the accusations against Polish media were withdrawn, partly because Poland did not want to upset its trans-Atlantic ally, the US.

Georgette Mosbacher, the US ambassador to Poland, has intervened in the debate on media freedom and expressed her "deep concern" about the treatment of the TVN journalists in a letter to the Polish prime minister.

At a meeting with members of parliament, she also expressed misgivings about the discussed "repolonization" of the media, which could entail restrictions on levels of foreign capital in Polish media companies.

RSF is also highly alarmed: "The Polish government has transformed the state-owned media into a propaganda tool and is trying to do the same with investigative reporters and independent media," said Ades-Mevel. A repolonization of the media could also serve this purpose, she said.

Since 2016, Poland has fallen from 18th place to 58th place out of 180 countries in the annual Press Freedom Index published by Reporters Without Borders.