Poland backtracks on judicial reform, judges can return to work

A new bill would see more than 20 judges who were forced into early retirement return to the bench. The move comes after a top EU court ruled Warsaw had violated European democratic standards. 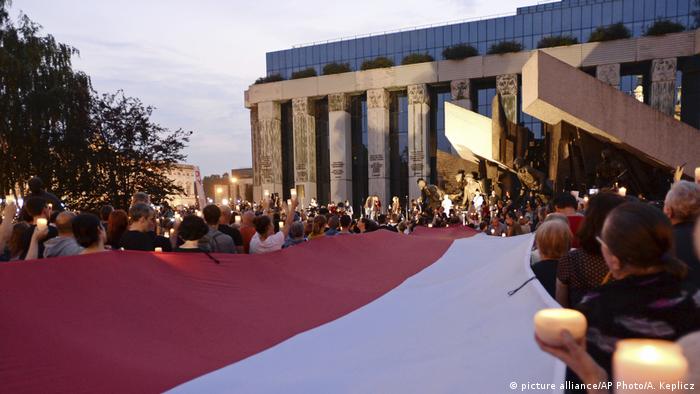 Poland's ruling nationalist Law an Justice (PiS) party submitted a bill to parliament on Wednesday that would see Supreme Court judges who had been forced into early retirement reinstated to the courts.

The proposed legislation follows a ruling by the European Court of Justice (ECJ) ordering the PiS to suspend an overhaul of the country's top court that would have allowed the party essentially to hand-pick the makeup of the bench. The bill stipulates that judges may return to work, in effect postponing their retirement without officially ending it.

PiS put the judicial overhaul law forward despite repeated warnings from the EU about laws regarding judicial independence. The law, which passed in July, lowered the age of retirement from 70 to 65, forcing 23 judges – about one-third of the total – to step down early. The government has argued that the changes were necessary to make the Supreme Court more efficient.

After the ECJ ruling, PiS leader Jaroslaw Kaczynski vowed to appeal the decision, despite the fact that it carries no right to appeal.

Warsaw and the EU have been locked in a tense standoff over a number of reforms introduced by PiS since they came into power in 2015, including both judicial regulations and attempts to exercise greater control over the media.

Polish President Duda has vetoed a reform of European Parliament electoral rules that would favor bigger Polish parties. He himself may need the backing of smaller parties to be re-elected in two years' time. (16.08.2018)