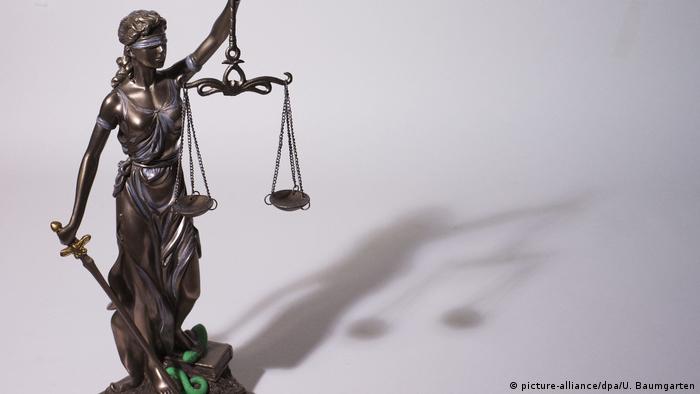 The European Court of Justice (ECJ) on Thursday rejected a complaint by Polish judges on the legality of judicial reforms in the country.

Two judges feared rulings they were about to make could lead to disciplinary proceedings against them.

A number of courts had already raised concerns, arguing that Poland's justice minister had used the reform to influence disciplinary proceedings against judges. They warned the law could be used to remove unpopular judges, or even lead to judges modifying their behavior.

What are the Polish judicial reforms?

Since coming to power in 2015, Poland's Law and Justice Party (PiS) has introduced sweeping changes to the judicial system, including the rules for how judges are appointed.

The reform before the ECJ on Thursday outlines what constitutes appropriate behavior for a judge, as well as disciplinary action that can be taken against them — such as dismissal — if they question the legality of certain judicial appointments.

Why are they controversial?

The reforms have drawn sharp criticism from EU officials in Brussels, who have accused Poland's government of seeking to undermine judicial independence and the rule of law. But PiS has argued an overhaul of the system is necessary to tackle corruption and make courts more efficient.

Critics say the rules surrounding disciplinary action in particular could prevent judges from enforcing EU law and muzzle those who are critical of the government's reforms.

What has the ECJ ruled before?

In 2019, the ECJ ruled that a reform that lowered the retirement age of Supreme Court judges was illegal. Under the law, the Polish president could also grant a five-year extension to judges they deemed worthy.

The ruling party also moved to lower the retirement age in the general court system for women to 60 and for men to 65 — down from 67 — and to allow the justice minister to extend a judge's term. The ECJ rejected these reforms too, citing gender discrimination and political influence over the judiciary.

In 2017, the EU launched Article 7 proceedings against Poland over the reforms. The mechanism is triggered when there is "a clear risk" of an EU member state breaching the bloc's fundamental values.

Polish protesters have marched in the capital to voice their support for the government's shake-up of the justice system. The controversial reforms have put the right-wing ruling party on a collision course with the EU. (08.02.2020)

The European Court of Justice has dismissed "the action brought by Poland" against an EU copyright directive. Warsaw argued the 2019 directive violated freedoms of expression and raised concerns about "upload filters."

The head of the PiS party, Jaroslaw Kaczynski, has ruled out a Poland-European Union divorce, but nevertheless slammed the bloc's "interference" as a rift over Polish judicial reforms deepens.