My Europe: Orbanism is sweeping across the continent

Illiberal democracies are spreading across Europe. But what we are witnessing on the continent today actually originated in China and Russia, says journalist Norbert Mappes-Niediek. Slovenia, with just 2 million inhabitants, is a small and little-known country. So when Europe's leading media outlets announced that right-wing populist Janez Jansa had emerged as "the clear winner" in the country's parliamentary elections, hardly anyone was surprised. But even with this election success, Jansa's Slovenian Democratic Party (SDS) still did not garner the levels of support it had back in 2011, when he won a second stint as prime minister.

Read more: Angela Merkel-style conservatism: Does it have a future?

So, what happened? Despite Europe's overall shift to the right, the SDS is not as powerful as it once was. Did Slovenia buck the trend? Did voters in the country reject the allure of "illiberal democracy" — despite economic problems and the burdens of the refugee crisis? Not necessarily. But lacking an explanation for what had happened, many journalists fell back on stereotypes, painting a simplistic picture of East versus West.

A problem of Eastern Europe?

Since the 1980s, a booming China has demonstrated that democracy and capitalism must not necessarily be two sides of the same coin — as many always assumed. And when, at the turn of the millennium, Vladimir Putin took power in Russia, this new model of "capitalism without liberal democracy" took root in the world's largest country by area, as well. In 2010, when Viktor Orban won Hungary's elections, it also reached the European Union. 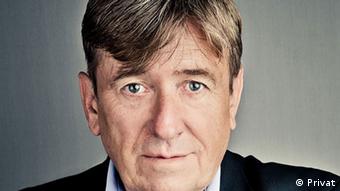 And yet, we are not talking about a phenomenon that is found exclusively in the East. Today, Hungary's Prime Minister Orban can count on powerful allies in Italy and Austria. In France, the Netherlands, Belgium, Denmark and Norway, various right-wing parties can count on the support of between 15 and 30 percent of the electorate. Germany's far-right Alternative for Germany (AfD) is not far off, either. And a new, right-wing mood is also gripping many staid conservative parties. The far-right has not consolidated its power, but there are signs that these forces could gain strength where they wreaked havoc in times past: in Italy for example, in Austria and in Germany. But not in France, and not in Slovenia.

Withdrawing to the nationalist cave

A nationalist and authoritarian mood is spreading across Europe. But right-wingers in the West differ from those in the East. The former like complaining about the "shithole countries" immigrants hail from, while the latter feel they have always been disadvantaged and never fully accepted. The far-right in the West scorns political institutions and instead prefers a kind of "Facebook democracy," happily clicking like buttons and railing against politicians. In the East, they want a return to law and order, clearly demarcated nation states, and want everyone to always carry an identity card — a return to the good old days, but with different national symbols. Evidently then, both sides' ideals cannot be reconciled. But there is no need for that, anyway, as both are quite happy to withdraw to their own, nationalist caves, so to speak.

The new right thrives on antagonism, on dividing the world into East, West, North and South, rich and poor, one nation against the next. While the Visegrad states of Hungary, Poland, Slovakia and the Czech Republic currently pose the greatest threat to European peace, a right-wing alliance led by Italy could take over from them, or even a group of stingy countries eager to cut their contributions to the EU budget, transforming the bloc into a group of competing teams. Then, the EU would break apart like all right-wing alliances, where ultimately, each party fights for itself. And where bilateral "deals" are struck, with the powerful leveraging their might. 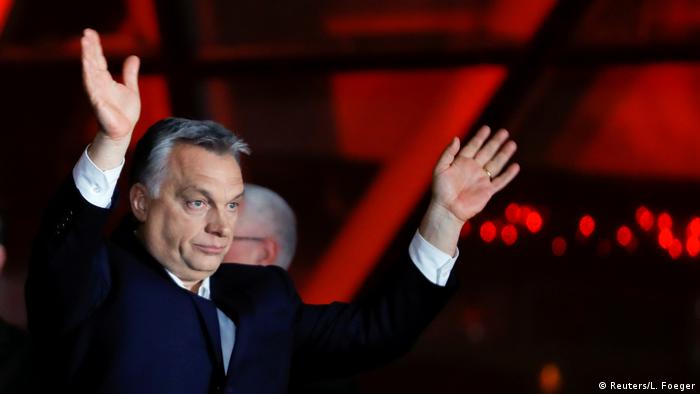 Smaller EU states would suffer most

EU skeptics will then only lose influence if there is not a single member state that imagines it could be stronger outside the bloc than in. Appeals to eastern EU members to be reasonable, given that they benefit most from EU funding, fall on deaf ears. Because all arguments can be flipped on their heads, the bottom line is that more money flows from East to West than vice versa; and despite an impressive gross national product, many Czechs earn meager wages.

Or look at how EU states variously demand others show solidarity in the refugee crisis. Berlin only insisted others take in asylum-seekers after Greece and Italy had been left to their own devices for decades and could no longer cope. Small EU members like Luxembourg, which has produced so many renowned European politicians, Estonia, Latvia, Lithuania, Malta and Slovenia will not play this game, as they have much to lose if the EU falls apart. Unfortunately, Europe's big players have not yet come to their senses.