Angela Merkel-style conservatism: Does it have a future? | Europe | News and current affairs from around the continent | DW | 07.06.2018

Angela Merkel-style conservatism: Does it have a future? 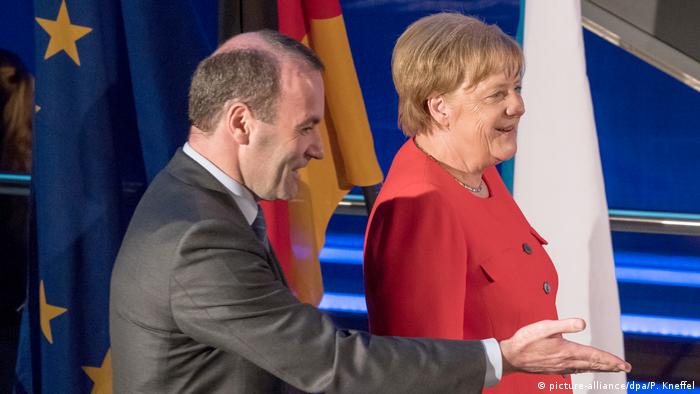 In Manfred Weber's mind, European conservatives have already done enough to earn a reward from voters in next year's European Union parliamentary elections. The charismatic, 46-year-old German chairman of the center-right European People's Party group in the European Parliament (EPP) never tires of pointing out that the EU has emerged from the global financial crisis unvanquished, if not unscathed.

Unfortunately for the man tipped by some to succeed Jean-Claude Juncker as president of the European Commission, voters don't necessarily see things the same way. The UK is leaving the bloc; the prospect of a populist coalition government in Italy called into question the future of the euro; and far-right, EU-skeptical conservatism has emerged as a rival to the mainstream, pro-EU conservative parties that make up the EPP.

The main problem, as Weber is only too aware, is that fears about migrants and refugees, in particular, tend to overshadow positive economic data. Assuaging those fears is a main challenge for what might be termed "Angela Merkel conservatism."

"If we want to preserve the internal [border-free] Schengen agreement, then we have to secure the external border of this continent in committed and, if necessary, rigorous fashion," Weber told reporters at the start of a three-day EPP's strategy conference in Munich on Wednesday.

It is no accident that the "EPP Group Study Days," as they're known, are being held in Bavaria.

The south of Germany is not only a bastion of German conservatism; it's also an example of prosperity. Trust in traditional conservative leadership, so the implicit message, can help make other parts of the EU as affluent — and secure — as Munich and its environs.

But is that a message which can still convince masses of Europeans in the age of Brexit and fake news, Trump and Viktor Orban? That's what the delegates in Munich will be discussing from now until Friday.

Croatia as a beacon of hope

The return of xenophobic nationalism and increase in quasi-autocratic forms of government in EU member states such as Hungary and Poland is forcing traditional conservatives to defend the basic principles, and indeed the very idea of the EU.

"The principle of today's Europe is that of the rule of law and order," Weber said. "We united Europe by means of contracts. That's why we're particularly sensitive when individual member states call the independence of the judiciary into question," he added referring to judicial reform in Poland.

There is, however, an exception to the trend of European countries moving away the centralized authority of Brussels. Croatia elected a traditionally conservative government in 2016 and is trying to join both the Schengen Agreement and the euro at a time when many want to leave them.

Thus, it was no surprise that Croatian Prime Minister Andrej Plenkovic was one of the featured guests at the conference. He told delegates that the key to beating populists was not kowtowing to them.

"It is true that populists are trying to play on discontent in our populaces and trying to put the blame on the European Union and the EU project," Plenkovic said. "But I will not get tired of trying to emphasize the positive, and positives are there."

Plenkovic added that he saw "EU added value" in his country "every day." He also said that the Croatian electorate had rewarded him for "completely and absolutely" diverging from populism. That sort of success story was no doubt music to the ears to a subsequent speaker — Chancellor Merkel herself. 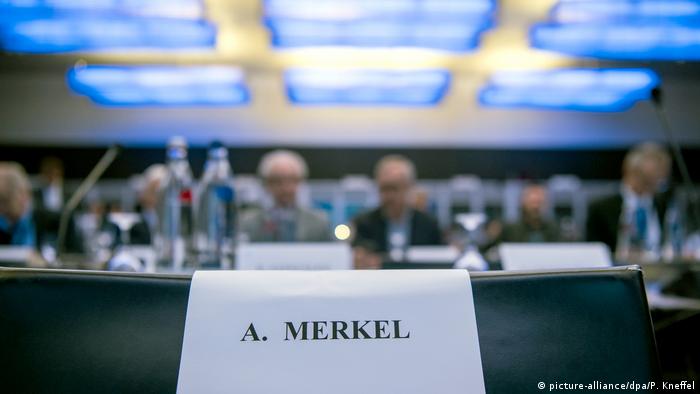 Arriving on the heels of her first-ever, British-style parliamentary question-and-answer session in the Bundestag, Merkel looked a bit tired but that didn't prevent her from speaking for the better part of an hour.

Merkel said that the world had changed 70 years on from World War II and almost three decades after the end of the Cold War and reiterated her belief that Europe could no longer completely rely on the United States and needed to find a new role in a "new global order."

At the same time, she cautioned that the individual nations of Europe could not compete against superpowers like the US and China and that their welfare depended upon a more tightly-integrated EU. The chancellor called for greater European cooperation in areas ranging from defense, migration, and developmental aid to internal EU business rules, student exchange programs and training for Muslim imams.

She even proposed a common EU system to deal with asylum applications and said the EU should choose between Brussels and Strasbourg as its seat of parliament.

Sounding the theme of "security" in the broader sense, Merkel argued that a better integrated EU would render the bloc more efficient and assuage the fears that have given rise to populism and nationalism.

"We need a comprehensive promise of security combined with a new EU capacity for action," Merkel said.

The words of the chancellor, the most powerful EPP leader in Europe, drew a standing ovation from the delegates. How much of that display was just for show is difficult to say. The debate section of her appearance, in which delegates got the chance to ask critical questions, was off-limits to journalists. 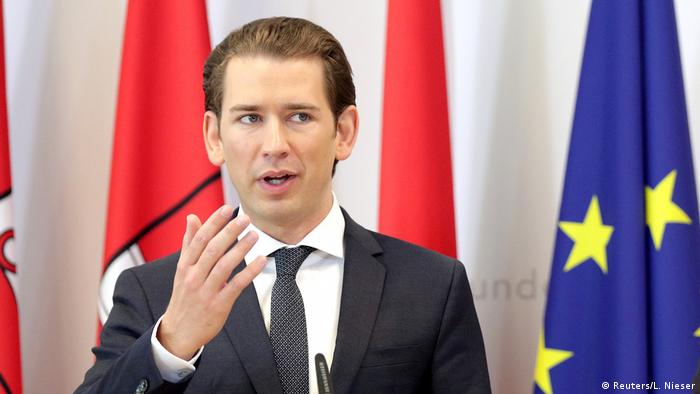 Austria's Sebastian Kurz, who spoke on Friday, represents a different sort of conservative

There are, however, alternatives to the Merkel model. The 31-year-old conservative chancellor of Austria, Sebastian Kurz, for example. Kurz is many things his German counterpart is not: young, skeptical toward mass migration and EU enhancement, and willing to work with far-right populists. Indeed critics have accused him opportunistically appropriating populist positions.

In contrast to most of the speakers, Kurz does not favor a slight increase in the EU budget, which currently stands at one percent of the bloc's economic output, or roughly, €150 billion ($177 billion) a year. (By contrast, that's a similar sum to Germany's annual labor ministry expenditure.) And he left no doubt as to where his country's main priority will lie when it assumes the rotating EU Council presidency in July.

"We have to have border controls between Austria and Bavaria because we weren't capable of steering migration into reasonable channels," Kurz told reporters. "That's because we haven't protected our external borders."

Kurz, too, presents himself as a good European and an adherent of the EU. But in contrast to Merkel, Kurz favors a post-Brexit EU that is less expensive and more tightly focused on questions like security and migration.

Kurz himself describes his positions and his success in Austria's 2017 national election as a "middle-class turnaround." In many respects, that turnaround is away from the policies of Angela Merkel, whom some accuse not being a true conservative at all. And Kurz's success in a country traditionally dominated by Social Democrats makes him a figure that mainstream European conservatives cannot afford to ignore.

Political turmoil reigns again in Italy, and the likelihood of an anti-euro government taking charge is stronger than ever. For the EU, an Italian euro-exit is unthinkable and would make Brexit look like a picnic. (30.05.2018)

Hungary is set to vote on possible criminal penalties against individuals or groups accused of supporting illegal migrants. It's called the "Stop Soros" bill; Orban's government has accused the financier of many things. (29.05.2018)