Austria′s Kurz visits Germany′s Merkel in meeting of generations | Germany| News and in-depth reporting from Berlin and beyond | DW | 17.01.2018

For many in Germany, Austria's 31-year-old chancellor represents an alternative to veteran Angela Merkel. So how did the two get along when they met in Berlin to talk about migrants, the EU and other issues? 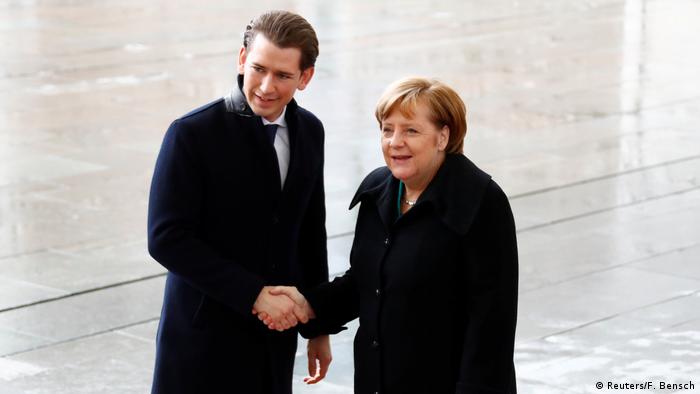 The highlight of the joint press conference held by Angela Merkel and Austrian Chancellor Sebastian Kurz was when the former was asked whether Germany needed a "young, dynamic and bold" leader like the latter.

Ironically, if not pointedly, Kurz jumped in to defend his German counterpart with a self-deprecating remark before seeming to realize he'd spoken out of turn. Meanwhile, Merkel tried to take the sting out of the question with a typically commonsensical, let's-not-make-mountains-of-molehills response.

"The chancellor of Austria is young – there's no denying that," Merkel said. "Where Germany is concerned, I support having a good mixture instead of saying 'only the young or only the old.'"

At the same time there was no denying that the two leaders' fortunes are going in different directions at the moment. Kurz leads a stable coalition government after a clear electoral victory based in part on his stringent stance on the issue that is the conservative Merkel's Achilles' heel: how to stem the flow of migrants and refugees to Europe.

By comparison, the 63-year-old Merkel is coming off a rebuke from voters in last September's German national election. She now has to wait and see whether a special party conference of her Social Democrat (SPD) rivals held on Sunday will green light a possible coalition that would give her a fourth term in office. If the SPD rank-and-file reject the idea, Germany could head back to the polls, and Merkel's own political future would be up in the air.

So the newcomer Kurz, who was making his first visit to Germany as Austrian chancellor, is riding high, while the veteran Merkel is hanging on. And this constellation is going to have significant implications not just for German-Austrian relations but the future of the EU. 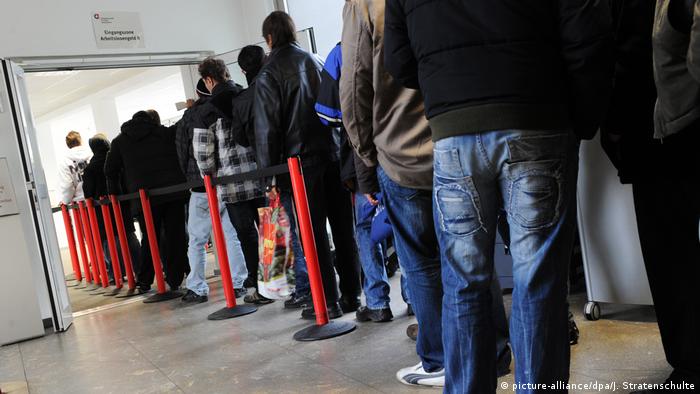 Kurz and his conservative Austrian People's Party (ÖVP) were highly critical of Merkel's welcoming stance toward refugees fleeing crisis regions such as Syria, Iraq and Afghanistan for Europe.

German and Austrian conservatives now seem to have agreed on a formula for their future approach to the issue: "The EU should determine who comes to Europe and not the human traffickers." Both Kurz and Merkel used these words and stressed their support for stepping up protection of the European Union's external borders and make them less permeable. And both stressed that the priority was preventing people from entering the bloc, rather than by distributing migrants within it.

The two chancellors were also at pains to avoid any dissonance on the issue of the greater integration of EU member states into the bloc, particularly on financial issues. Kurz ran on a platform of transferring sovereignty from Brussels back to member states and of trimming the fat in the EU's bureaucracy.

In Berlin, Kurz reiterated several times he considered himself "pro-European." Both he and Merkel stressed that Germany and Austria shared common interests as "net payer" countries into the EU budget. But they danced around the question of whether the EU needed a common finance minister.

The awkward issue of coalition partners 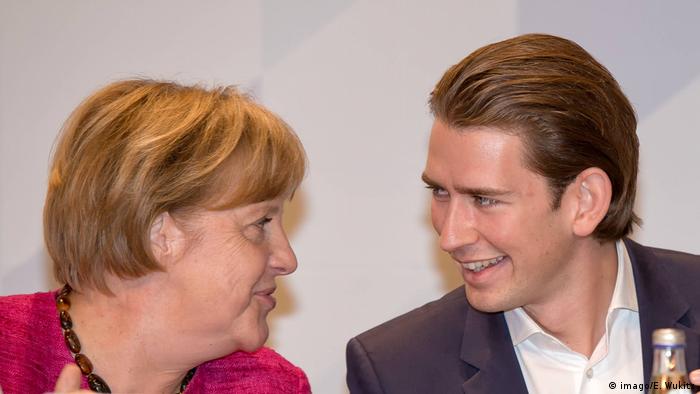 Kurz can afford to work with right-wing populists, whereas Merkel can't

Another source of friction between Austria and Germany has been the different levels of cooperation between mainstream conservatives and right-wing populist parties. Merkel's conservatives have ruled out working with the far-right Alternative for Germany (AfD); Kurz and the ÖVP formed a governing coalition with the populist Freedom Party of Austria (FPÖ) last December.

Again, Kurz and Merkel used an identical choice of words to downplay the conflict. Merkel said that Berlin would "judge the new Austrian government on its deeds," while Kurz said his government "should be judged on its deeds" and argued that the goals of the coalition agreement signed late last year contained mostly moderate positions supported by broad sections of the Austrian electorate.

But there was a moment of awkwardness when Kurz spoke of only enlisting the support of the populists after the Austrian Social Democrats had refused to extend the grand coalition that previously governed the country. Merkel, of course, is currently trying to do a deal with German Social Democrats, whose leaders also initially ruled out an extension of a grand coalition after last year's national election, but have since backtracked from that categorical stance.

A generational change in Germany?

Merkel looked at ease alongside an Austrian chancellor less than half her age. And Kurz turned on the charm, stressing how important Germany was for Austria and how valuable Merkel's experience was. But the elephant in the room remained the fact that, later if not sooner, Merkel's political generation will be replaced by a younger one.

When the ÖVP won the Austrian national election last October, one of the first and most prominent German conservatives to congratulate Kurz was Jens Spahn. The 37-year-old Member of the Bundestag, who posted pictures of himself together with Kurz on Twitter, is widely thought to have his eyes on inheriting Merkel's positions both within the party and the German government some day.

Pictures have also circulated of Spahn meeting with fellow conservative Alexander Dobrindt (47) and Christian Lindner of the center-right Free Democratic Party (39), fueling speculation that the trio may have been discussing a post-Merkel alliance.

Merkel shows no signs of retiring any time soon. But she ended her joint press conference with Kurz with a verbal tip of the hat to the inexorability of Father Time.

"I like younger people just as much as older ones," Merkel said. "And at some point you notice that with every passing day, you move a bit toward being one of the older ones."