Austria's new chancellor wants his German counterpart to judge his government "on its deeds" and not on his far-right coalition partner. While both sides stress their closeness, it's hard to ignore what divides them. 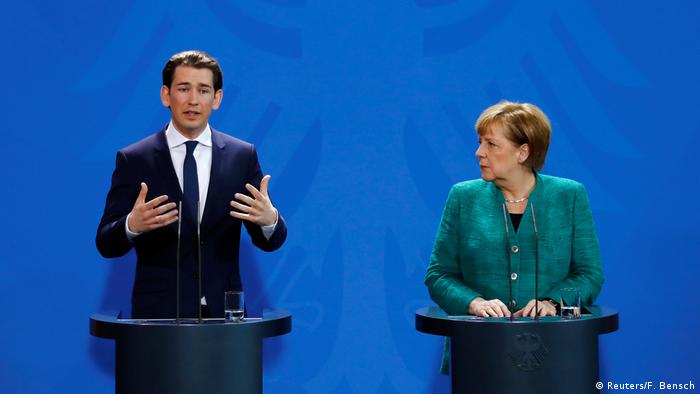 In an interview with the German daily Bild, Hungarian Prime Minister Viktor Orban defended his country's refusal of an EU-wide refugee resettlement quota, saying that he believed refugees are "Muslim invaders." (08.01.2018)

Sebastian Kurz took the Austrian election by storm by reshaping Austria's biggest party in his own image. During his inaugural visit to Berlin, DW looks at his meteoric rise to becoming Europe's youngest government head. (17.01.2018)

For many in Germany, Austria's 31-year-old chancellor represents an alternative to veteran Angela Merkel. So how did the two get along when they met in Berlin to talk about migrants, the EU and other issues? (17.01.2018)

Ahead of the game: that's how Austria's new chancellor, Sebastian Kurz, likes to see himself. The fact that he became chancellor at the tender age of 31 – even before having managed to finish his law degree – goes a long way in proving that point. On his first official visit to the EU's longest-serving leader, German Chancellor Angela Merkel, there were signs that he may be getting ahead of himself.

After all, it was not just the brazen self-confidence of Austria's political superstar that got him into the chancellery. Kurz has an instinct for populist sentiment and, above all, he is willing to make deals from which others would shy away. In fact, his governing coalition with Austria's far-right Freedom Party FPÖ – close allies of French far-right firebrand Marine Le Pen's National Front – is exactly the kind of deal that prompts Merkel to turn away in disgust. Any cooperation with the FPÖ's German equivalent, the far-right "Alternative for Germany" (AfD), is in her view simply unthinkable. Now Austria has become Germany's latest ally to lean to the political far-right. Merkel has already paid dearly for refusing to go with this political trend. If anything, friends and foes alike have accused her of shifting her Christian Democrats (CDU) too far to the center.

Many argue that's exactly what got her into the current political mess. After more than 100 days of trying to forge a government, Merkel's possibly last attempt at a coalition with the Social Democrats (SPD) hangs in the balance. Time is ticking away. At this moment of uncertainty she had to hear her fresh-faced Austrian counterpart talk about how "glad" he is to have a "stable government." In the current circumstances that sounded like gloating. Stability is also what Kurz – like the rest of Europe – hopes to see "very soon" here in Germany.

Both sides stress how much they have in common and "how little separates us." That leaves aside rather major points: that Merkel wants more European integration and is willing to pay for it, whereas Kurz insists on more decision-making at the regional level and opposes compensating for Britain's departure with a post-Brexit hike in the payments made to Brussels by net contributors such as Austria and Germany. The stress on alleged harmony also overlooks Kurz's critique of Merkel's continuing support for the EU policy of mandatory quotas redistributing migrants within the EU as well as his rejection of Russia over Ukraine, which Merkel espouses. 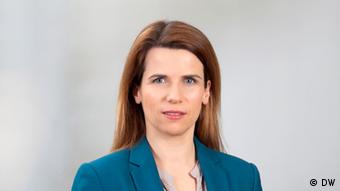 What really unites both leaders, though, is the discovery of "stability" as the political currency of the moment. Merkel and Kurz both mentioned it several times, as if "stability" were a currency on the rise – the Bitcoin of the political sphere, maybe? True, both leaders have had to contend with some complicated math, with the limited coalition options the voters gave them on election day.

Yet the current focus on stability increasingly smells of pure power politics. What is lacking, as both leaders map out their plan for co-operation over Europe, is the Macron-style vision for a future beyond coalition-building, beyond even the next term in government. As that vision hangs in the balance, awaiting a response from Berlin, one can ask: How much appetite for European unity will be left in Austria once the country has seen a full term of right-wing populists in government?

Kurz called on Merkel and the public to judge his government "on its deeds" – with the German leader vowing to in identical language to do just that. He reframed his sympathy for the Visegrad states, led by Hungarian Prime Minister Viktor Orban, as an opportunity "to build bridges" while continuing to undermine Merkel's attempts to frame migration as a challenge that Europe must tackle together. Quite a friendly nod to a leader who still refuses to take in any Muslim migrants.

It is unlikely that Kurz will manage to tame the far-right sentiment of his FPÖ coalition. More likely, the self-proclaimed bridge-builder will find himself driving more wedges between EU partner states despite the fact that bridges are sorely needed. A step back in the name of stability. And a potential headache for Angela Merkel – but only if she manages to pull together her own "stable" government.

Germany: 4 injured in shooting at Heidelberg University 11m ago

Alexievich: 'It's a shame the road to freedom is so long' 3h ago