Slovenian President Borut Pahor has announced he will make an offer to right-wing opposition leader Janez Jansa to form a government after Jansa's SDS party secured nearly 25 percent in the parliamentary election. 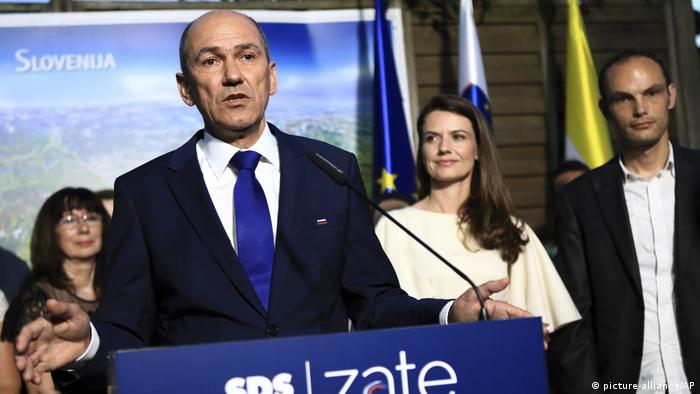 With almost all votes counted for the weekend's parliamentary election, Jansa's Slovenian Democratic Party (SDS) secured just under 25 percent of votes – giving it 25 seats in the 90-strong parliament.

The Social Democrats, the Modern Center Party of outgoing Prime Minister Miro Cerar, and the Left garnered around 9 percent of votes each.

Nine of 25 parties contesting Sunday's election appeared set to make it into parliament. Turnout among 1.7 million eligible Slovenians stood at just under 52 percent.

President Pahor announced an early date for a parliamentary election in April after Cerar resigned over a court ruling against a key railway project. 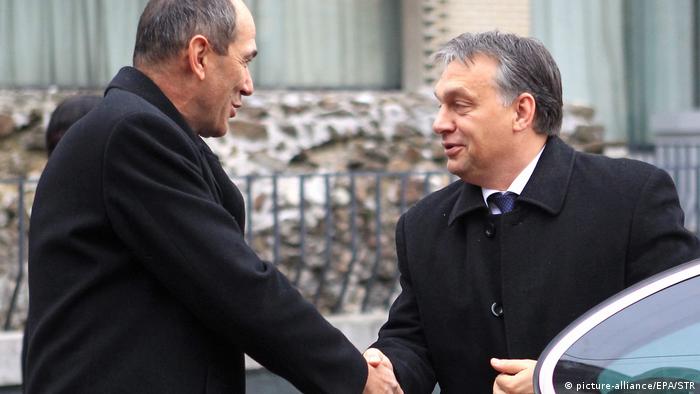 Former premier Jansa (main picture) had raised anti-immigration slogans during the election campaign, pledging to toughen measures for migrants seeking to enter the country from the Middle East and North Africa.

Some 500,000 migrants crossed through Slovenia in late 2015 and early 2016 along the so-called Balkan route, since largely closed by patrols and fences. Slovenia, however, did not take in many refugees. It rather acted as a transit country.

Although SDS has emerged as the single-largest party in parliament, it has however fallen far short of a majority; whether it can form a coalition remains unclear.

It leaves Sarec's LSM party with a crucial role to play. But Sarec has hinted he would opt to work with other parties to keep Jansa out of power. During the campaign, the comedian-turned politician was critical of Jansa's anti-immigration rhetoric and his alliance with Hungary's Orban, saying it "crossed all red lines."

Jean-Claude Juncker, president of the European Commission, said Monday through a spokesman that he hoped that "the future government [of Slovenia] will make a valid contribution or join the effort building a democratic, successful and stronger European Union."

Analysts, however, say Slovenia is likely to face political instability, either under a right-wing coalition led by Jansa or one from the center left.

"It seems clear that the SDS will win, but everything else about this election is unclear because the question is whether the SDS will be able to form a government coalition," said Meta Roglic, a political analyst with daily newspaper Dnevnik, ahead of the results.

Slovenia was once part of Yugoslavia and borders Austria, Croatia, Hungary and Italy.