Czech billionaire Andrej Babis wheels and deals a government | Europe | News and current affairs from around the continent | DW | 06.06.2018

Andrej Babis is to be named the Czech Republic's prime minister for a second time. The magnate's struggle to form a governing coalition is emblematic of the contradictions inherent to populist, dealmaking politics. 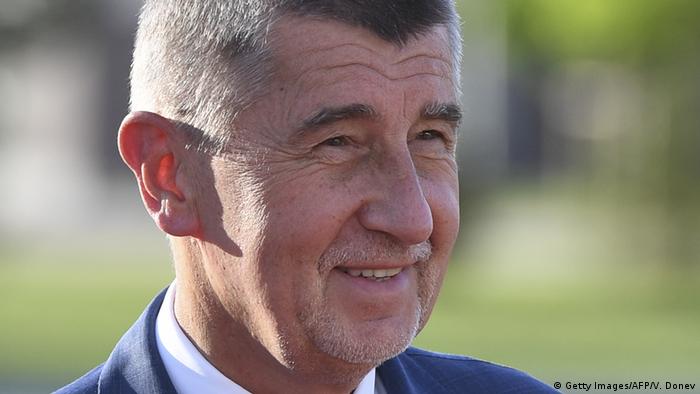 Andrej Babis is missing. A hint of panic whips around the prime minister's office in Prague as aides hunt for the 63-year-old Czech leader.

He's found in the hallway, coordinating the ANO party's response to a parliamentary motion criticizing President Milos Zeman for his claim that his country produced the nerve agent Novichok. Moscow had said the assertion proved it was not the only suspect in the poisoning of former Russian spy Sergei Skripal in Britain.

Babis crushes the proposal, a stark contrast to his robust "show of solidarity" with the UK in March when it expelled three Russian diplomats. While Babis craves recognition and acceptance in the West, he also needs the support of the pro-Russian head of state. 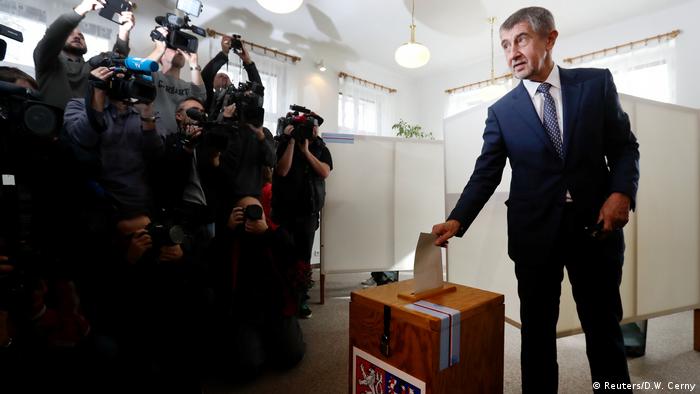 As Babis struggles to form a government seven months since winning elections, the industrial magnate embodies the contradictions thrown up by deal-making populist politics. He's a billionaire businessman thrashing out an agreement with communists, a euroskeptic who lauds the EU, a centrist seeking to boost the Czech Republic's pro-Western credentials while his partners are hostile to NATO, Brussels and Berlin.

Babis sounds disappointed as he explains he's still waiting for evidence from London to support his actions over Skripal. He appears keen to reiterate the Czech Republic's commitment to the West after the Machiavellian Zeman — a regular source of scandalous headlines for his support of Russia and attacks on migrants and liberals — was re-elected in January.

Known for his vindictive nature, the president slammed both the expulsions and the almost simultaneous extradition of a Russian hacker to the US following a long geopolitical tug-of-war.

Asked if that frayed relations, Babis deadpans: "He is my president. I respect him," he tells DW. "Sometimes we have different views, but that doesn't mean we have bad relations." 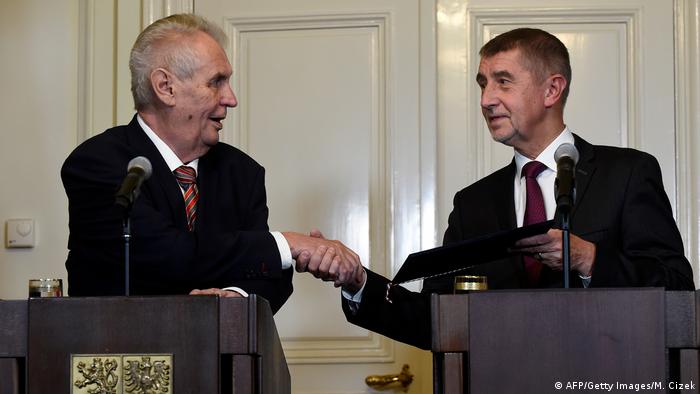 His business success was a major selling point for many voters back in October. True to his promise to run the country like his company, he's been wheeling and dealing since.

Zeman has continued to hold the door open for the "prime minister-in-resignation" — Babis's official title — to try to form a stable coalition government. In return, the president expects to exert influence.

The current minority government, made up of independents and a handful of ANO members, lost a parliamentary confidence vote in January. The prime minister resigned, but in late May Babis announced Zeman would hand him a second mandate on June 6. It's a move designed to put pressure on the Social Democratic Party (CSSD), which is due to announce the result of a referendum on forming a minority coalition with ANO on June 15. If approved, the government would rely on ad hoc support from the Communist Party (KSCM). 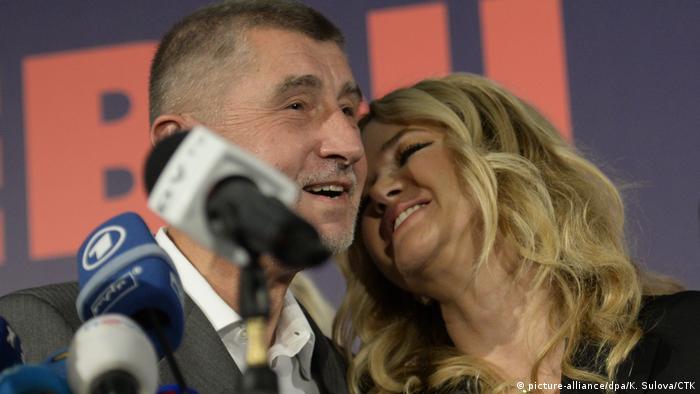 Over the past seven months, ANO has worked closely with the KSCM and the far-right Freedom and Direct Democracy (SPD) in parliamentary voting. The trio all opposed the motion against Zeman.

Many worry this odious political circle will continue to control parliament even should the CSSD agree to a coalition. It's a potentially explosive cocktail being shaken by a presidential bartender, but Babis, who has often expressed his impatience with the democratic process, dismisses those concerns.

"It's just temporary cooperation with the communists; they won't be in the government," he says. "We'll cooperate with anyone."

Inside Europe: Political limbo in the Czech Republic

Blocked by public opposition from formal power for almost 30 years, the communist party has all but discarded its far-left ideology. In its place is a desperate thirst for relevance before its nostalgic electorate dies out, illustrated by its cooperation with a billionaire industrialist. But the party continues to gain political capital from calling for a NATO exit or a veto against the EU's Russia sanctions.

More disturbing still is ANO's entanglement with the SPD, which advocates leaving the EU and exhibits vicious xenophobia. Babis's lust for international acceptance rules out formal cooperation, but the extreme-right party has been handed several senior posts in parliament.

The liaison has strained ANO, despite Babis's domination as founder and sponsor. Several high-profile party figures are fleeing due to the cooperation with "fascists" and have ruled themselves out of Babis's second proposed government.

But in deal-dominated politics, anything can be justified as "just business."

"No one else would work with Babis," says one of his senior aides. "Maybe it's hard to explain such cooperation, but I can understand it."

It also means, everything is negotiable.

Pushed by the SPD, a general referendum law is now in the works. ANO has insisted on terms denying the euroskeptic Czech population a direct vote on EU and NATO membership.

But isn't there a risk that opening the Pandora's box of "direct democracy" could still lead to challenges to the country's Western orientation?

Business lobby groups have expressed concerns, but the prime minister dismisses the idea out of hand. 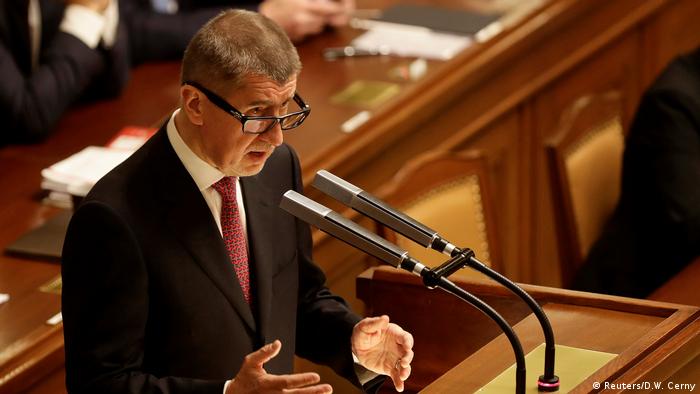 Czech attitudes toward the EU are improving anyway, he says, crediting his push for reform: "strengthening the four freedoms" — the free movement of goods, capital, services and labor across the bloc — "and dealing with migrants and the politicization of the European Commission to serve only the big countries."

Babis is a skilled student of populism 101: Always blame the EU bogeyman. He claims it is Brussels that promotes extremism.

"Migrants are still a big issue for the Czech Republic," he asserts. "This is what drives the movements advocating Czexit and criticizing Islam."

The country has taken in only 12 asylum-seekers under EU quotas.

Meanwhile, the Czech leader insists the EU is a "great project" and that he has no wish to exit an organization that has promoted "70 years of peace" in Europe. It's also good business. Agrofert receives huge EU subsidies and owns companies across the continent.

But might he change his tune on the pro-Western policy program agreed with the CSSD if his extremist partners seek to increase their leverage?

The prime minister laughs derisively. "I come from business," he exclaims. "You agree a deal and shake hands. You'll only ever trick someone once."

Andrej Babis will not be able to erase his links to the communist-era Czechoslovak secret police following a ruling by a court in Bratislava. Babis has been accused of collaborating in order to enrich himself. (13.02.2018)

The pro-Russian, pro-Chinese and anti-immigration leader criticized journalists and opponents as he was sworn in for a second and final term. The 73-year-old Zeman may become even more outspoken as his career closes. (08.03.2018)