Is the Japan-South Korea ′comfort women′ deal falling apart? | World | Breaking news and perspectives from around the globe | DW | 09.01.2017

Tokyo has withdrawn its ambassador to Seoul after a new statue in honor of "comfort women" is placed outside its Busan consulate. There are also fears that the political turmoil in Seoul would jeopardize the 2015 deal. 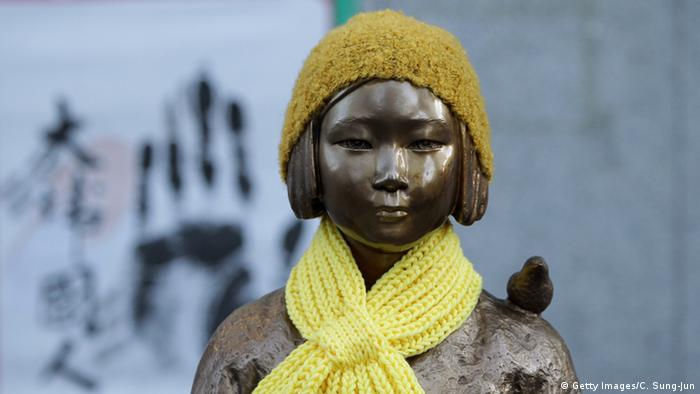 Yasumasa Nagamine, the Japanese ambassador to South Korea, arrived back in Tokyo on Monday, January 9, after being recalled by his government in protest at the placement of a statue of a "comfort woman" outside the Japanese consulate in Busan. It is the latest escalation in a diplomatic row that has colored relations between the two neighbors for decades.

Japan also withdrew its consul general to Busan, Yasuhiro Morimoto, and informed Seoul that it is suspending discussions on a bilateral currency swap agreement - indicating the depth of its displeasure over an issue that Tokyo insists was concluded with the signing of a "final and irreversible resolution" between the two governments in December 2015.

The statue placed on a public road in Busan is similar to one outside the Japanese Embassy in Seoul and is the work of citizens' groups demanding that Tokyo do more to recognize the suffering of women forced into sexual servitude for the Japanese military during the colonization of the Korean Peninsula and the Pacific War in the early decades of the last century.

Japan disputes that the women were systematically rounded up or abducted by representatives of the military, while there are many conservatives here who say they were merely well-paid prostitutes. 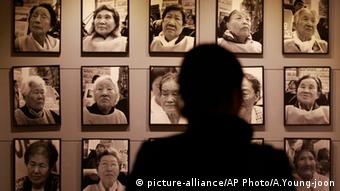 A line under the issue

Nevertheless, in an effort to draw a line under the entire issue and build a more constructive and forward-looking relationship, Japan agreed to provide Y1 billion (8.09 million euros) to a South Korean foundation that would then disburse the funds to the surviving comfort women. Under the terms of the agreement, the two governments would halt all criticisms of each other over the issue in forums such as the United Nations and would cooperate on projects designed to "restore the reputations and dignity" of former comfort women in order to heal their psychological wounds.

And while both sides have stuck to their word on those components of the agreement, Japan says South Korea has failed to work with citizens' groups that have erected statues outside its diplomatic compounds. Tokyo says this is a violation of the Vienna Convention on Consular Relations.

The problem has been significantly worsened by the political turmoil that has gripped South Korea since protests began in the autumn of last year over allegations of corruption and influence-peddling by the government of President Park Geun-hye.

Park's impeachment process is presently going through the courts and there will need to be a presidential election in the coming months. The jockeying for political position in Seoul has begun.

One of the allegations leveled at Park is that she has betrayed the comfort women by signing the agreement with Japan and for failing to do more to wring an apology out of Tokyo. Underlining the depth of feeling on the issue, a Buddhist monk set fire to himself in Seoul on Saturday in protest at the settlement plan. In a notebook found nearby, the monk - who has not been named but is in intensive care with third-degree burns across much of his body - described Park as a "traitor." 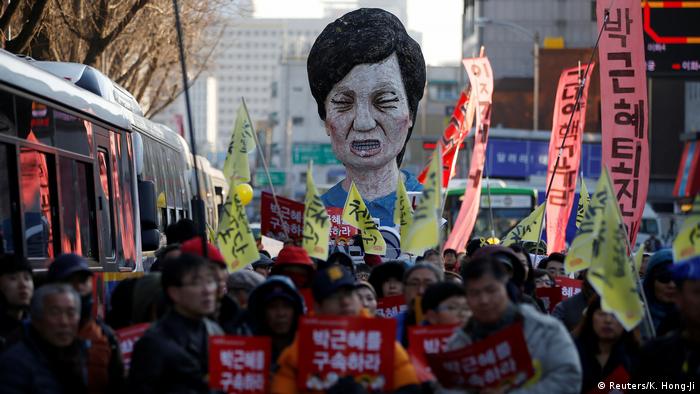 Park's impeachment process is presently going through the courts

Japan's withdrawal of its ambassador has broad support at home, but runs the risk of worsening the rift between the two nations. One concern in Tokyo is that the incoming administration might choose to scrap the December 2015 agreement in its entirety and demand more concessions from Japan.

"Left-wingers in South Korea have been opposed to the comfort women agreement since the start and are also portraying Park as the daughter of a pro-Japanese general," said Yoichi Shimada, a professor of international relations at Fukui Prefectural University, referring to Park Chung-hee, who served in the Japanese army during World War II but later became dictator for 18 years until his assassination in October 1979.

"Bringing up the comfort women issue gives the left a good opportunity to kick out at Park again," Shimada told DW, adding that the political crisis that has swept over the Park administration.

"I can see no end in sight to the political problems there, and that means that the comfort women issue is certain to be used as a weapon in the coming months," he said.

Shimada adds that his contacts in senior positions of Japan's ruling Liberal Democratic Party have conceded that there is little that Japan can do until South Korean politics settles down once again. There is, however, a belief that the United States will pressure South Korea to keep to an agreement that both Seoul and Tokyo signed in good faith only 14 months ago - in part because Washington does not want its two most important security allies in Northeast Asia at each others' throats at a time when China is busy building up its military capabilities and extending its reach into the Pacific, while North Korea is ruled by an unpredictable dictator possibly armed with nuclear weapons and intercontinental ballistic missiles.

Stephen Nagy, an associate professor of international relations at Tokyo's International Christian University, points out that there has been an upsurge in anger in South Korea after Tomomi Inada, the Japanese defense minister, paid her respects at Yasukuni Shrine, the Shinto shrine in central Tokyo that is considered the last resting place of millions of Japanese who have died in wartime for the emperor. Among those honored at Yasukuni are 14 of the nation's leaders convicted as Class-A war criminals for launching Japan into World War II.

"There are always going to be people in Korea who will be unhappy with not being able to force Japan to admit what it did, and there will always be groups who are willing to protest, so the comfort women issue will be with us for ever," Nagy said.

"But South Korea is playing a dangerous game because it is in a very precarious place at the moment," he said. "Its economy will be badly affected by the slowing Chinese economy; there is the ongoing political upheaval surrounding Park; we have an emboldened regime in North Korea and uncertainty over the policies of President-elect Donald Trump as well as these sanctions now by Japan," he added.