Japan and South Korea recently reached a landmark deal to resolve the touchy issue of "comfort women" dating back to World War II. But Lee Ok-Seon, a former sex slave, views the agreement as a slap in the face. 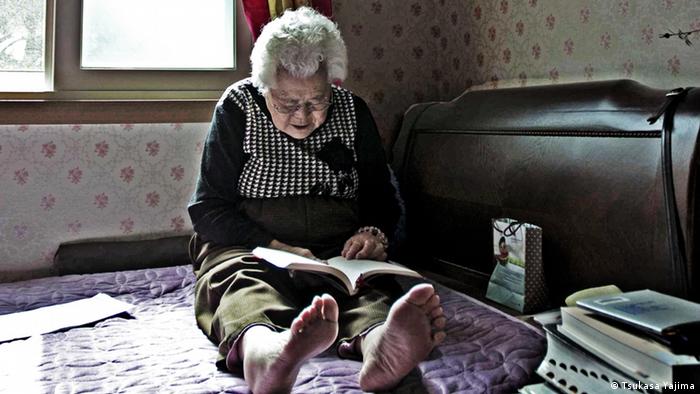 Lee Ok-Seon cannot sleep without ice. For decades, she has been using ice every evening to cool the burns that torment her. "It burns in the neck, in the chest and in the heart," she says, adding that there are no medical reasons behind it.

"It simply reflects how I feel. What is burning is the anger that I carry within me." The cold ice has only a calming effect. Only when the ice melts in her mouth, is she able to fall asleep.

Lee Ok-Seon lives just outside of the South Korean capital Seoul, in a so-called "House of Sharing," a housing project for wartime sex slaves who were forced to serve as prostitutes in Japanese military brothels. About 10 of the survivors, many of them bedridden, are currently living in this housing project. The oldest among them is 100 years old.

Talking to DW over Skype, 89-year-old Lee Ok-Seon appeared combative. "I will fight until my last breath for justice for what I had to go through as a teenager in a Japanese military brothel," she says. "The older I become, the more energy I actually have," she said.

Lee was forced to serve in Japanese wartime military brothels for three years. During this period, she faced torture and sexual violence. It is estimated that around 200,000 women and girls, mainly Koreans, were forced into sexual slavery by Japanese military. The Japanese imperial army operated such brothels across the Japanese-occupied territories during WWII. "They were not places for people, but rather they were slaughterhouses," Lee noted.

A difficult legacy - until today

For decades, this dark chapter of history has marred relations between Japan and South Korea. For a long time following the end of the war, discussing the issue of "comfort women" remained a taboo. And the victims suffered in silence due to the stigma associated with it. Only in the early 1990s did the issue rise to prominence, and since 1992 the survivors have been demonstrating outside the Japanese embassy in Seoul demanding an official apology and financial compensation from Japan.

Although a fund for paying compensation was set up in the mid-1990s, it was established as a private foundation, says Reinhard Zoellner, Head of the Department of Japanese Studies and Korean Studies at the University of Bonn.

"The compensation was not directly paid by the Japanese government, but rather by private citizens and Japanese companies," he pointed out.

In Seoul, former "comfort women" have decried South Korea's deal with Tokyo over Japanese wartime sex slavery. Protestors gathered around a statue that Japan wants to be removed. (30.12.2015)

South Korea and Japan have reached a landmark agreement on the latter's wartime sex slaves. The issue of "comfort women" - Koreans forced to work in Japan's wartime brothels - has long plagued ties between the neighbors. (28.12.2015)

The South Korean foreign ministry has announced it will take part in talks with Japan on the issue of 'comfort women.' The two sides are hoping to reach an agreement on the issue, which has been divisive for decades. (25.12.2015)

But in a surprising move, Tokyo and Seoul announced on December 28 that they had reached an agreement on the contentious issue. Japan said it would provide 1 billion yen (8.3 million dollars) to a foundation to be set up by South Korea to support elderly Korean survivors. Moreover, a politically and symbolically important phone call between Japanese PM Shinzo Abe and South Korean President Park Geun-Hye took place.

Tokyo also issued an official apology: "As Prime Minister of Japan, Prime Minister Abe expresses anew his most sincere apologies and remorse to all the women who underwent immeasurable and painful experiences and suffered incurable physical and psychological wounds as comfort women."

But the timing of the agreement came as no surprise, says Zoellner. "Both governments thought it was important to settle the issue in 2015 - the year marking the 50th anniversary of the normalization of Japanese-South Korean ties." Signed 20 years after the end of WWII, the deal enabled Japan and its former colony to resume normal relations.

Analyst Zoellner believes that from a Japanese perspective the December deal came at a relatively low price. "We are talking about less than $10 million. This is not much compared to the amount of money Germany had to raise to compensate former forced laborers." Nonetheless, the Koreans can also speak of success. "It was important to South Korea that the money came directly from Japan's national budget - regardless of the amount. And they've achieved this for the first time."

What about the victims?

The victims, however, have a different view. Lee Ok-Seon, for instance, says the deal is like a slap in the face. "I'm very disappointed at President Park because she didn't take a stance on our behalf, and agreed to accept such a low compensation."

Lee feels let down by her government, and bemoans that none of the few surviving "comfort women" were involved in the consultations. "Nobody spoke to us. If I had the chance, I'd talk to the Japanese PM myself about what I had to endure. I'd also tell him that I want a personal apology," said Lee. For her and others, the fight goes on. 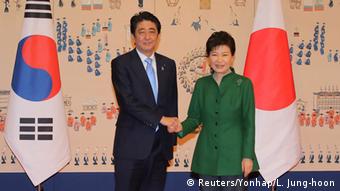 South Korean media were also surprised at how fast the agreement was reached, said Zoellner. "Many South Koreans criticize that the government failed to involve the victims in the negotiations," he said, adding the victims were simply confronted with the agreement out of the blue.

"The victims and their representatives would have preferred an openly negotiated deal. But that is almost out of the question now given that - at least diplomatically - the issue of forced prostitution between the two nations has been settled."

"The South Korean government is no longer in the position to make further demands on Japan. At the same time, Japan cannot renege on its apology," Zoellner added. In any case, the deal comes too late for most of the victims. Only 46 of those women forced into prostitution are still alive.