South Korea and Japan have reached a landmark agreement on the latter's wartime sex slaves. The issue of "comfort women" - Koreans forced to work in Japan's wartime brothels - has long plagued ties between the neighbors. 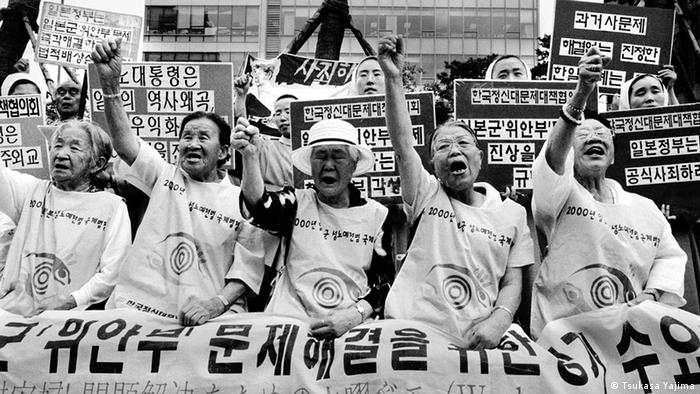 South Korea's Foreign Minister Yun Byung-se announced that talks with his Japanese counterpart Fumio Kishida had resulted in a deal that would be "final and irreversible" as long as Japan fulfilled its responsibilities as specified in the agreement.

The Japanese government pledged to contribute 1 billion Japanese yen (7.5 million euros or $8.3 million) to a fund set up to help the now-elderly women in South Korea, Kishida told a news conference. Kishida said his country felt "deep responsibility" over the issue. 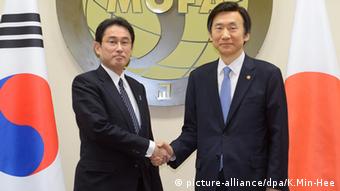 "Prime Minister Abe, as the prime minister of Japan, once again expresses his feeling of heartfelt apology and remorse to all those who, as 'comfort women,' experienced much suffering and incurred incurable psychological and physical wounds," Kishida told reporters at a news conference.

Many South Koreans have long remained resentful of Japan after its occupation of the Korean Peninsula from 1910 - 1945, which only ended with Japan's surrender at the end of World War II. Some South Koreans have previously rejected the notion of an official apology, saying that they wanted Japan to acknowledge legal responsibility for the women.

Japan, on the other hand, had previously argued that the matter was settled as part of a broader treaty in 1965 intended to restore diplomatic ties between Tokyo and Seoul. Japan paid $800 million in economic aid and loans to South Korea in that settlement.

Korean women had been forced into prostitution by the Japanese military during World War II, resulting in decades of friction in relations between the two nations. There are 46 surviving former sex slaves in South Korea, most of whom are now in their late 80s or early 90s.

Gesture of goodwill in preceding weeks

The acquittal was widely regarded as a sign of goodwill on the part of South Korea in order to finalize the agreement with Japan on the thorny issue of comfort women.

The two countries are important allies and trading partners in many other modern respects, both with strong ties to the US. South Korea and Japan together also host about 80,000 US troops on their territories.

Washington would like to see a united front in the region against China's growing influence and North Korea's pursuit of nuclear missiles that could reach the American mainland.

The South Korean foreign ministry has announced it will take part in talks with Japan on the issue of 'comfort women.' The two sides are hoping to reach an agreement on the issue, which has been divisive for decades. (25.12.2015)