Japan's defense minister has visited a shrine to the country's war dead after taking part in a historic trip to Pearl Harbor. South Korea has criticized the visit to the shrine, which also honors war criminals. 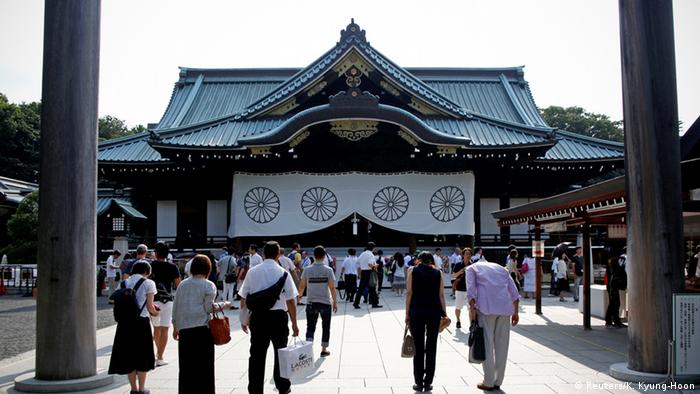 The shrine honors Japanese who lost their lives in the country's wars, including several leaders who were convicted of war crimes and executed.

"This year the president of the country that dropped the atomic bomb visited Hiroshima, and yesterday the prime minister made remarks of consolation at Pearl Harbor," Tomomi Inada told reporters at Yasukuni.

Inada added that she visited the shrine "wishing to firmly create peace for Japan and the world from a future-oriented perspective."

It was her first visit to the shrine since becoming defense minister.

"We express deep concern and regret over Japan's defense minister visiting Yasukuni Shrine, even as our government has been emphasizing the need to create a new, forward-looking South Korea-Japan relationship," it said in a statement.

The visit came just two days after Inada accompanied Abe to Hawaii's Pearl Harbor where the Japanese leader laid a wreath at the USS Arizona Memorial along with US President Barack Obama. During the trip, Abe offered his condolences to those who died in a surprise bombing by Japanese planes in 1941.

The visit marked the first time a Japanese leader and a US president jointly commemorated victims at Pearl Harbor. The trip followed Obama's visit to Hiroshima in May, where the US dropped the first atomic bomb in the final days of World War II in August 1945.

Abe has avoided visiting Yasukuni after a December 2013 visit infuriated China and South Korea and garnered a diplomatic rebuke from the US. He has chosen instead to send gifts or religious ornaments rather than visit in person.

Abe's Pearl Harbor speech has been well received in Japan, where most people expressed the opinion that it struck the right balance of regret that the Pacific war occurred, but offered no apologies. Julian Ryall reports. (28.12.2016)

Tomomi Inada, Japan's new defense minister, has plenty on her plate on the first day in her new job. Beijing and Seoul will be watching to see how hawkish the new minister will be on regional security matters. (04.08.2016)