How far will China go to support Pakistan's position on Kashmir?

Both India and Pakistan are vying for China's support in the dispute over Kashmir. Experts say that although China is critical of India's move to control the region, it's unlikely to affect economic ties with India. 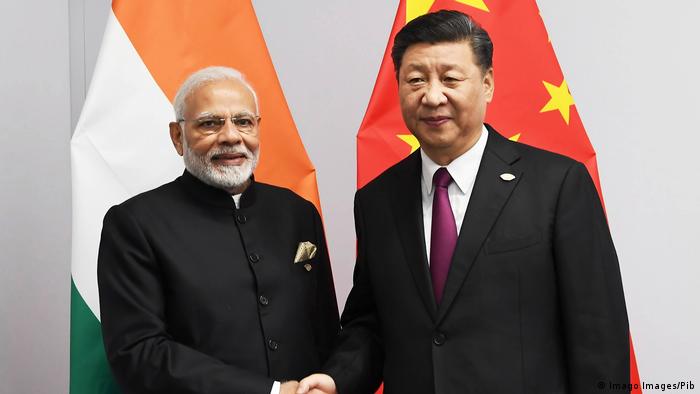 Beijing is opposed to New Delhi's Kashmir move, especially its decision to carve the Ladakh region out of Jammu and Kashmir state and administer it federally. The Chinese government spokesperson called the move "unacceptable" and said that it would help Pakistan in defending "its legitimate rights and interests" in the Kashmir region.

Qureshi claimed that China "offered complete" support to Pakistan, should Islamabad take the matter to the UN Security Council.

On Sunday, India's Foreign Minister S Jaishankar arrived in Beijing on a pre-scheduled three-day visit. China, on Monday, insisted that India needs to play a "constructive role" for regional peace and stability.

China has historically sided with Pakistan on regional matters, but Beijing's backing is important for both Islamabad and New Delhi.

Kashmir is claimed in its entirety by both India and Pakistan, although both countries only control parts of it. The territory has been an ongoing dispute since both became independent countries in 1947.

Today, India has de facto control over about 45% of the region and the majority of its population, while Pakistan controls around 35%. But the remaining 20% is actually under the control of China.

As the two most populous nations in the world, India and China have competing and unresolved territorial claims. The disputes have occasionally flared up, leading to minor border skirmishes.

"China is always opposed to India's inclusion of the Chinese territory in the western sector of the China-India boundary into its administrative jurisdiction," said the Chinese foreign ministry spokeswoman, Hua Chunying, following India's Kashmir move.

"Recently India has continued to undermine China's territorial sovereignty by unilaterally changing its domestic law," Hua added. "India's action is unacceptable and would not have any legal effect."

China, which has a long border with Jammu and Kashmir, has been involved in Kashmir tensions in the past. In 1962, China occupied a part of India that borders Kashmir — and entered into an alliance with Pakistan.

Today, China and Pakistan trade via the newly constructed Karakoram Highway, which connects the countries via the western Kashmir region. As part of the multibillion-dollar China-Pakistan Economic Corridor (CPEC) project, this former gravel road is currently being developed into a multi-lane asphalt highway that can be used all year long.

China is investing $57 billion (€51 billion) in Pakistani infrastructure and energy projects, more than in any other South Asian country. The economic alliance with its powerful neighbor has helped solidify Pakistan's claims to the Himalayan foothills.

Some analysts say that New Delhi's decision to directly govern Ladakh is a geopolitical move. Sameer Patil, a researcher at the International Security Studies at Gateway House, an Indian foreign policy think tank, told DW that Chinese influence in Ladakh has been increasing over time, largely due to its economic incentives in the area. At the same time, according to Patil, the region has suffered due to a lack of interest from the Indian government.

"Indian Prime Minister Narendra Modi's decision has been guided by both administrative and geopolitical factors. New Delhi was concerned that Ladakh wasn't receiving attention, which allowed China to increase its clout there," Patil said.

Modi has thus designated the Ladakh region as a "Union Territory," which will allow New Delhi to rule the region by implementing the central government's directives. But publicly, India has tried to downplay this factor. Prime Minister Modi's government has said that the new designation is aimed at addressing Ladakh's development needs.

China too occupied with other problems

But Narayani Basu, a New Delhi-based author and foreign policy expert, believes that the Kashmir crisis won't have a huge impact on Sino-India relations. "China, at the moment, is dealing with a number of domestic and global issues, so it cannot solely focus on Kashmir," Basu told DW, referring to Beijing's woes in Hong Kong and Taiwan, as well as its ongoing trade conflict with the United States.

"There will be diplomatic posturing from both sides, but any major fallout is unlikely," Basu added.

This situation only makes things more difficult for Pakistan, which has so far not received the kind of international backing over Kashmir that it has been looking for.

Following Modi's decision to scrap Kashmir's special status, Washington said its policy toward the region has not changed. Russia and the United Arab Emirates backed New Delhi's move. Saudi Arabia, another Pakistan ally, has also not supported Islamabad over Kashmir.

"China, although sharply critical of India, has said that the responsibility for maintaining peace in the region lies with both India and Pakistan. Diplomatically, it has put the onus on both Islamabad and New Delhi," Basu said.

Indian Foreign Minister Jaishankar has emphasized in Beijing that both China and India need to play a stabilizing role in the time of global uncertainty.

Analyst Basu believes that the China-India ties are unlikely to be derailed in the aftermath of Modi's Kashmir move. "Both Indian PM Modi and Chinese President Xi Jinping have shown the maturity to compartmentalize their relationship in a way that disputes do not overshadow areas of cooperation. Hence, while there will be diplomatic posturing, nobody should expect more than that," he underlined.

But analyst Patil thinks that China could use the Kashmir issue to pressure India on economic and trade issues.

Foreign Minister Jaishankar's China visit is followed by Modi's possible visit to Paris for the G7 Summit by the end of this month. In October, Chinese President Xi is slated to visit India for an informal summit with Modi.