India's decision to revoke Jammu and Kashmir's special status is expected to boost investments in the disputed region. But a volatile security situation and local hostility are likely to keep potential investors at bay. 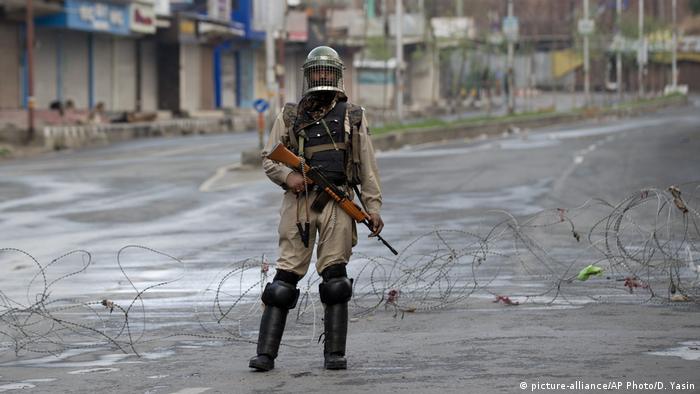 The removal of special privileges enjoyed by Jammu and Kashmir will attract fresh investments in India's northernmost territory and create job opportunities, Home Minister Amit Shah told the Indian Parliament during a debate on the erstwhile state's autonomy earlier this week.

The minister claimed Article 370 of the Indian constitution, which gave the region significant autonomy from the rest of the country, had undermined development in Jammu and Kashmir for decades by dissuading investments and qualified professionals from other parts of the country.

Jammu and Kashmir, which is at the center of a decades-old dispute between India and Pakistan, has been mired in violence due to a separatist insurgency against India's rule. The heavily militarized region frequently sees shutdowns and large-scale street protests.

"Those are the things that spook investors," Sushant Sareen, a senior fellow at New Delhi-based think tank Observer Research Foundation, told DW. "There is an expectation that there will be major investments which will make their way to the territory. But I would imagine that the investments will be somewhat contingent on the security situation in the state."

The state — which has been bifurcated in two "union territories" of Jammu and Kashmir and Ladakh — continues to be in a state of lockdown even days after it was stripped of its special status in anticipation of violence the decision might trigger. Thousands of troops are patrolling the streets and internet and telephone networks remain shut.

The region's real estate market is most likely to get a boost from the removal of Article 370, which among other things gave Jammu and Kashmir's permanent residents the exclusive right to own property in the province.

But property developers from other parts of the country may not be in any rush to grab a pie of the relatively virgin territory.

"Jammu and Kashmir will not even be on the radar of real estate companies right now," Samir Jasuja, founder and managing director of real estate analytics firm PropEquity, told DW. "It's too premature for any movement in the territory's real estate market till one gets a confirmation that all anti-India activities are not going to happen."

Jasuja also points to the liquidity crunch plaguing the real estate industry across India to stress that developers are unlikely to venture into a new, uncharted territory at least in the next 6-12 months.

"There is a perfect storm brewing up in the real estate market," Jasuja said. "The real estate companies are concentrating only on Tier 1 (bigger) cities right now. I think Jammu and Kashmir initially for 6-12 months will be on wait and watch."

Much will also depend on how the Kashmiris react to government's decision to revoke their special status and how open they are to "outsiders" living in their midst.

"For an outsider to come and buy property in J&K, he has to have a great level of comfort with the locals. There has to be job creation, business opportunities and real estate will eventually follow that," Jasuja said. 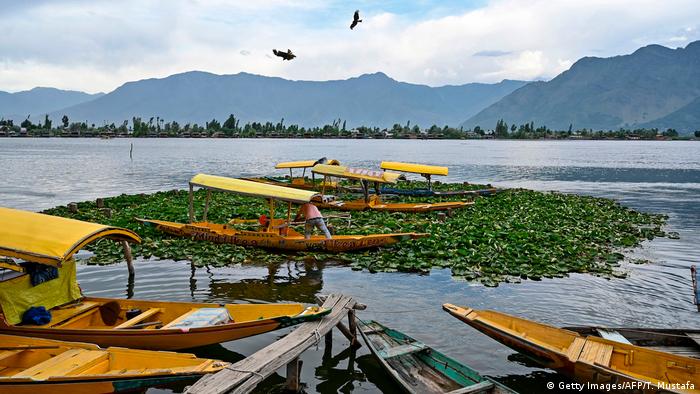 More than 14 million tourists visited Jammu and Kashmir in 2017, only 80,000 of them were foreigners

Jammu and Kashmir, which counts tourism, handicrafts, horticulture and agriculture among its main industries, suffers from mass unemployment and underemployment. The region's jobless rate in July was 17% — more than double the national average, according to the Centre for Monitoring Indian Economy.

The region — which ranks higher than more than half of the Indian states, including Prime Minister Narendra Modi's home state of Gujarat, on the Human Development Index — largely depends on grants from the Indian government to sustain its economy. Many in New Delhi say that the grants have failed to yield desired results because of rampant corruption in the former state.

Lack of reliable electricity supply has also hurt the region's investment prospects, including in dozens of newly-identified tourist destinations. There is no foreign direct investment. Exports from the region, which mainly include fresh fruits and handicrafts, are close to negligible.

"We are very bullish now. There is a great opportunity for various products to be exported from Kashmir," Sharad Kumar Saraf, the president of the Federation of Indian Export Organizations, told DW. "Now that the government has allowed exporters from outside Jammu and Kashmir to make investments, floodgates have opened."

Saraf said Article 370 prevented exporters from places like Delhi and Mumbai to set up backup infrastructure such as storage spaces and local offices. The revoking of the article would allow investments to flow into the region in sectors like tourism, real estate, carpets, handicrafts, sports goods, horticulture and food processing.

Saraf stresses that with New Delhi now having a direct oversight of Jammu and Kashmir's law and order, the region would be a much safer place to do business in.