Kashmir crisis: Pakistan takes a diplomatic gamble with India | Asia | An in-depth look at news from across the continent | DW | 08.08.2019

Pakistan is making the most of its limited options to pressure India over Kashmir. But what can Islamabad hope to achieve by expelling the Indian ambassador and breaking off trade relations? 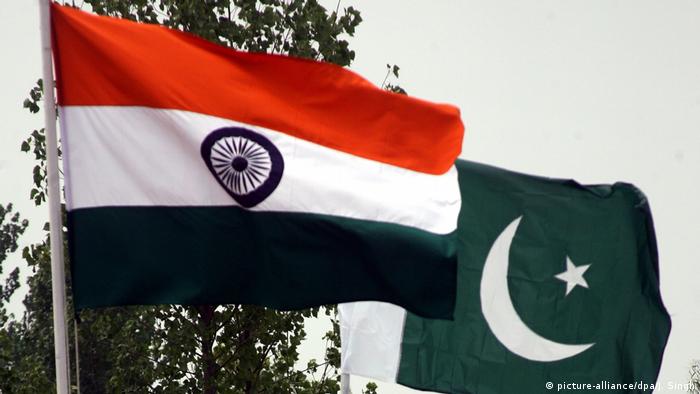 Tension is mounting once again between India and Pakistan after Islamabad's announcement that it would downgrade diplomatic ties and halt trade with India over New Delhi's unilateral decision to eliminate the autonomous status of India-held part of Kashmir — known as Jammu and Kashmir.

Pakistan and India both rule the disputed Himalayan territory of Kashmir in part, but claim it in full. The restive region is a flash point between the nuclear-armed archrivals.

Earlier this week, India imposed direct rule over its administrative area of Kashmir — ending 72 years of semi-autonomy, further destabilizing the region and exacerbating tensions with Pakistan.

In a statement on Wednesday, Pakistani Prime Minister Imran Khan called the Indian government's action on Kashmir "illegal," and said his government would raise the issue at the UN Security Council.

Threat of war with India?

India on Thursday urged Pakistan to review its decision to downgrade diplomatic ties.

"The government of India regrets the steps announced by Pakistan yesterday and would urge that country to review them so that normal channels for diplomatic communications are preserved," said a Foreign Ministry statement.

Relations between Islamabad and New Delhi significantly deteriorated earlier this year after a militant group based in Pakistan killed more than 40 Indian soldiers in Pulwama, a city in Indian-administered Kashmir. The incident led to a skirmish between the two countries' air forces.

Analysts say that New Delhi's decision to unilaterally change the status of Kashmir amounts to a nightmare scenario for Islamabad, and Pakistan was obligated to retaliate in some way.

"There is not much that Pakistan can do at the moment. India's repeal of Article 370 is essentially a fait accompli. But Islamabad could try to push back harder against India, and its most effective tactic in this regard would be to send militants into Kashmir to blow some things up," Micheal Kugelman,  a South Asia expert at the Washington-based Woodrow Wilson Center for Scholars, told DW.

"The next time, there's a militant attack in Kashmir — and it's a matter of when, not if — the India-Pakistan relationship could well find itself on a war footing," he said.

PM Imran Khan is also seeking international attention to raise the Kashmir issue globally and expose what Pakistan calls Indian atrocities and human rights violations in Kashmir. But Khan has widely failed to set this narrative, and many countries no longer see Kashmir as an international issue, but rather as a territorial conflict between India and Pakistan.

"Kashmir is already under siege, and revolt is going on. Both countries should think sensibly and resolve their issues through dialogue," Zahid Husain, an Islamabad-based political analyst told DW.  "If tension persists, it may lead to a bigger conflict."

Islamabad's move to end bilateral trade, which is already sluggish and is currently valued annually at only a few billion dollars, will not have a significant impact on India's economy.

"Direct India-Pakistan trade is below $2 billion (€1.79 billion), not a significant amount. It's just a symbolic protest from Islamabad that will not hurt India," Shuja Nawaz, a South Asia analyst at the Atlantic Council in Washington, told DW.

But seven decades of bilateral and international agreements are now in jeopardy, as both Khan and Indian PM Narendra Modi are focusing on pleasing domestic audiences and are being driven by jingoism.

"Prime Minister Khan is invoking the threat of war and worsening ties to try and get international attention for the Kashmir conflict at a time when Khan's failed foreign policy on Kashmir has not impressed the international world," Husain Haqqani, Pakistan's former ambassador to the US, told DW.

Thousands of Kashmiris have been killed since 1989 when an armed uprising against Indian rule led to New Delhi deploying thousands of additional troops to maintain control over the territory.

"While there is global concern about the human rights of Kashmiris, there is less support for Pakistan's claims," said Haqqani.

"Creating the specter of conflict by downgrading ties and ending almost non-existent trade is meant to get the US and other major powers to help force India to talk to Pakistan about Kashmir, something India no longer wants to do. It also addresses domestic clamor for action, even if it means little in substantive terms," said Haqqani, who is now an analyst at the Hudson Institute in Washington.

Pakistan trying to save face?

Ending the trickle of bilateral trade with India is a "face-saving tactic" by Pakistan, say observers. It is also unlikely to pressure India to reverse the Kashmir decision. Along with facing a serious economic crisis, Pakistan is on the Financial Action Task Force (FATF) watch list as a financer of global terror.

Pakistan has long been accused by India of arming and financing Islamist militants and sending them to target the Indian military. Islamabad denies these claims.

"Pakistan is downgrading diplomatic relations as a symbolic and face-saving gesture," said Nawaz. "It has been unable to establish support against India either from the Muslim world or its Western partners."

Pakistan's opposition politicians have urged for a change in Islamabad's foreign policy toward the US, which is moving closer to India.

Raza Rabbani, a senior opposition leader and senator, says Khan's government should not depend too much on Washington, as the US builds closer ties with India and Israel.

But the most acute danger is violence in Kashmir, which could cause a wave of refugees to cross the Line of Control, the de facto border between India and Pakistan, and draw Pakistani troops into direct conflict with Indian forces.

However, there is no military solution to the Kashmir issue, say observers. India is unlikely to reverse its decision and Pakistan's options are limited. Intervention from the US and influential countries in the region will need to work together to reduce the tensions and find a sustainable solution.

Pakistan's National Security Committee has decided to downgrade diplomatic ties and suspend trade with India. The Hindu-nationalist government in India abolished the autonomous status of its part of Kashmir on Monday. (07.08.2019)