China has lodged a complaint with India after Prime Minister Narendra Modi visited the northeastern border state of Arunachal Pradesh. Beijing claims the region, which it calls Southern Tibet, as part of its territory. 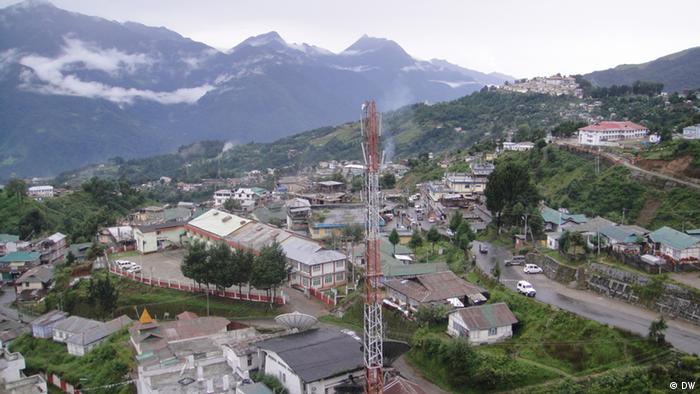 The Chinese Foreign Ministry on Saturday condemned the visit of the Indian prime minister to the northeastern state of Arunachal Pradesh, saying it "resolutely opposes" the activities of Indian leaders in the region.

Prime Minister Narendra Modi was visiting the region as part of a series of public meetings aimed at shoring up support for the Hindi nationalist Bharatiya Janata Party (BJP) ahead of a general election in May.

Disputes over the Indo-Chinese border, which led to a war in 1962, remain a sensitive issue, despite wider efforts to improve ties between the two Asian giants.

China's reaction to the visit, while measured, was clear in its disapproval.

"China urges the Indian side to proceed from the overall situation of bilateral relations, respect China's interests and concerns, cherish the momentum of improving relations between the two countries, and refrain from any actions that intensify disputes and complicate the border issue," the Chinese Foreign Ministry said in a statement.

Read more: How does the world's second most populous nation speak?

Similar protests have been made before by China, which considers Arunachal Pradesh to be a southern region of Tibet. India responded with a statement stressing that Arunachal Pradesh was "an integral and inalienable part of India." 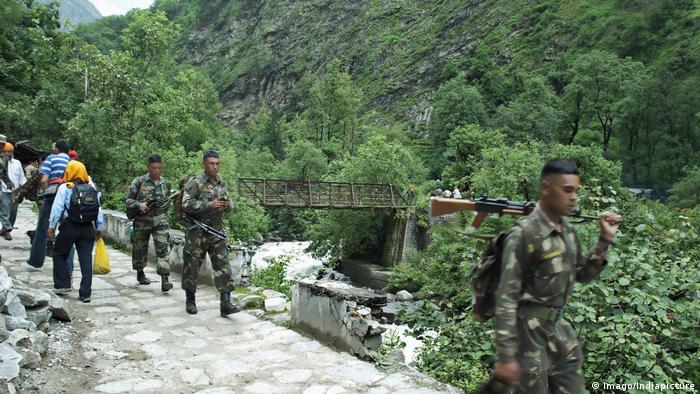 "Indian leaders visit Arunachal Pradesh from time to time, as they visit other parts of India. This consistent position has been conveyed to the Chinese side on several occasions," said a Foreign Ministry spokesperson.

The two countries have made efforts to restore trust after an armed standoff on the Himalayan border in 2017. That impasse took place on Bhutan's Doklam plateau after the Indian army sent troops to stop the construction of a military road by China.

Troops from both countries withdrew after two months and, last April, Modi met Chinese President Xi Jinping in an effort to harmonize relations.

The current Indo-Chinese border is based on the 1913-1914 McMahon Line, drawn up when Britain still ruled India. While Tibet — at that time slipping from Chinese power — agreed to the line, China did not.

Modi and Xi met a number of times last year seeking to further trade discussions, but progress has been slow. Later this year, the two countries' armies will hold joint exercises in an effort to ease military tensions.

Modi is also visiting the northeastern states of Assam and Tripura, where a proposed change to the nationality law has sparked outrage. Some accuse the Indian government of seeking to discriminate against Muslims. Protesters greeted Modi's arrival by waving black flags and burning effigies of him.