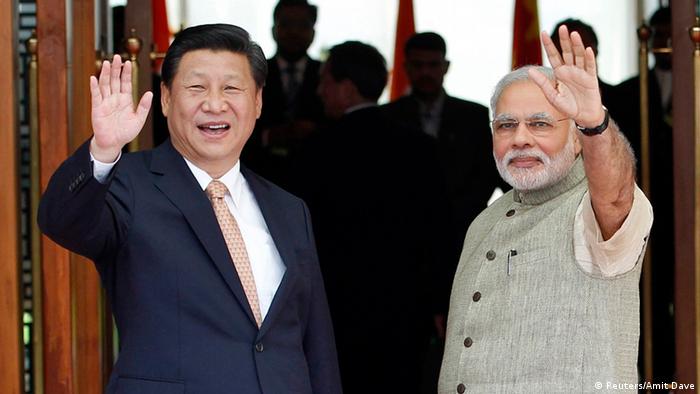 Narendra Modi, the prime minister of India, is visiting the city of Wuhan in Hubei province, central China on April 27 and 28 for an informal summit with the Chinese President Xi Jinping.

The Modi-Xi dialogue assumes critical importance in view of recent developments, including the US' receding interest in Asia, China's One Belt, One Road (OBOR) initiative, bilateral trade deficit, and the recent 73-day long Doklam territorial stand-off which also involved Bhutan.

Global Times, the English-language Chinese daily, has labelled the meeting a major step in India-China ties that could turn out to be "as significant as the one in 1988 between Deng Xiaoping and Rajiv Gandhi." The India-China boundary negotiations began in 1988, after the 1987 Sumdorong Chu standoff and the subsequent visit by former PM Rajiv Gandhi. While numerous changes have occurred since then, the bilateral ties are yet to witness a qualitative quantum jump.

To use a colloquial Bollywood term, "all is not well" between the two Asian giants, particularly in the past few months, which leads us to the question: what ails India-China relations? And why does it take an intense border stand-off for the two countries to sit across the table for a comprehensive dialogue? There are at least five reasons.

First, from the Nehru era of the "Hindi-Chini Bhai Bhai" slogan and the 1962 War, to the 2017 Doklam stand-off, India-China relations have rarely been on solid ground. It has either been characterized by a state of euphoria and a conviction that everything is (or will be) fine, or a state of apathy, bitterness, and mistrust fuelled by lack of constructive dialogue. What's even worse is that talk between the two governments has been selective, triggering suspicion among the different wings of the government, citizens and media.

Second, both China and India seem to put their best foot forward when it comes to blocking each other's way to growth and influence. For instance, China is allegedly the principal opponent to India's bid for the United Nations Security Council membership and it has also been opposing India's entry at the Nuclear Suppliers Group (NSG).

Likewise, from the Chinese side, India has been difficult to deal with. For one, India is one of the rare countries that does not support China's OBOR initiative, which is President Xi's signature initiative. Beijing is apprehensive of India's participation in the Quadrilateral Security Dialogue mechanism also involving the US, Japan, and Australia, believing it is a tool to prevent its rise as a global power.

Third, China has been a one of the biggest beneficiaries of Cold War politics. It has benefited greatly from the international liberal order, and has also been a great beneficiary of Japanese Overseas Development Assistance (ODA). However, as India is now benefiting more from Japan's ODA, or US support at international forums, China perceives that as a challenge to its future security.

While it cannot be denied that "hawks" sitting in Pentagon would love to place India as a balancer to China, it must be remembered that the groundwork for rivalry has been created by these two countries themselves, not the US or its Western allies.

Fourth, China accuses the US-led Western world of practicing double standards in diplomacy. But China itself is not free of that syndrome. For instance, President Xi has been advocating for a new type of great power relations with the US. However, China tends to overlook the fact that the other two big Asian powers — India and Japan — also wish the same from China.

China is reluctant to devise a consultative mechanism in dealing with South Asian issues where India has large, direct stakes. China also advocates that no third country should invest in disputed territory. However, it doesn't practice what it preaches. It opposes Japanese investment in India's Arunachal Pradesh on the one hand, yet itself invests in Pakistan-administered Kashmir on the other.

From the Chinese side, the grievance has been that India is non-responsive to Chinese initiatives, to which the Indian response is that most of such initiatives such as OBOR, or the China-Nepal-India corridor, are not preceded by a consultative and transparent dialogue.

Fifth, there exist outstanding bilateral issues such as a boundary dispute, Tibet refugees and river water sharing. For decades, China's approach has not been one of "resolving" the dispute; on the contrary, it has been to "manage" the disputes, thus looking at the issue in an ad-hoc manner. China has resolved land boundary disputes with the Central Asian Republics, Myanmar, Russia, and even Vietnam; but with India, it still seems unwilling to find a solution.

Trust deficit and a "security dilemma" mar the relationship between the two Asian powers, which need to be replaced by consistent dialogue, regular exchanges, and appreciation of each other's interests and concerns.

Rahul Mishra is senior lecturer at the Asia-Europe Institute of University of Malaya in Kuala Lumpur, Malaysia. He specializes on politico-security affairs of the Asia-Pacific region.

Is India snubbing the Dalai Lama?

The Indian government has urged officials to shun upcoming events commemorating the Dalai Lama's 60th anniversary of exile in India to avoid riling China at a time of rising tensions. Murali Krishnan reports. (06.03.2018)

Is India turning its nuclear focus toward China?

India's nuclear policy is now believed to be placing a greater emphasis on China instead of focusing on archrival Pakistan. But this is not to be mistaken as a shift in the nation's nuclear doctrine, say experts. (14.07.2017)