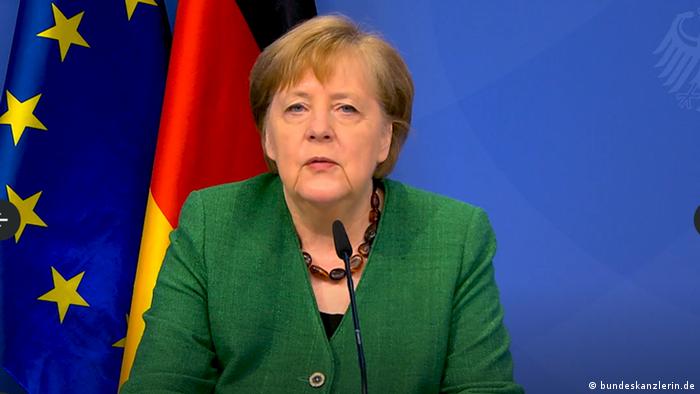 German Chancellor Angela Merkel on Thursday called for a "trend reversal" in the dramatic loss of plant and animal species.

"There is nothing to sugarcoat. The rapid loss of biodiversity has catastrophic consequences for all of us worldwide," Merkel said.

She added that Germany was committed to halting species extinction by the end of the decade.

Merkel was speaking at the launch of a preparatory event for the UN Biodiversity Conference, which is set to take place in Kunming, China, in October.

The UN is hoping the conference will yield a pledge from countries to put 30% of the world's marine and land areas under protection by 2030.

Around 50 countries, including Germany and the other Group of Seven nations, have already committed to that goal.

Currently only about 17% of earth's landmass and 7.5% of ocean areas are designated protected areas.

How bad is the biodiversity situation?

Scientists believe the planet is in the midst of its sixth mass extinction event, which began some 12,000 years ago and is accelerating. Currently, the species extinction rate is estimated to be 100 to 1,000 times higher than natural background extinction rates.

According to the World Biodiversity Council, more than 1 million animal and plant species could be gone by the end of the century.

Experts say the biggest threats facing these species is habitat loss induced by human activities such as deforestation, pollution, overhunting and fishing.

Hopes for 'ambitious' targets in Kunming

Merkel said she hoped the UN conference in October would deliver "an ambitious global framework" and also help mobilize private and public resources to back conservation efforts.

She pointed out that Germany had been contributing €500 million ($596 million) a year to protect forests and other ecosystems since 2013, and had also pledged to boost annual support for climate protection and adaptation from €4 billion to €6 billion.

The global pandemic has shed light on the importance of protecting biodiversity. Scientists stress that the destruction of animal habitats has helped create situations in which humans come into closer contact with other species, making it possible for diseases like the coronavirus to jump the species barrier.

The health of humans, animals and nature are "inextricably linked," said German Environment Minister Svenja Schulze, who also took part in the preparatory event on Thursday.

The UN Biodiversity Conference in Kunming was canceled last year because of the pandemic. It is still not clear whether this year's event will take place in-person or virtually.