Pandemic sheds light on importance of biodiversity | Environment | All topics from climate change to conservation | DW | 21.05.2020 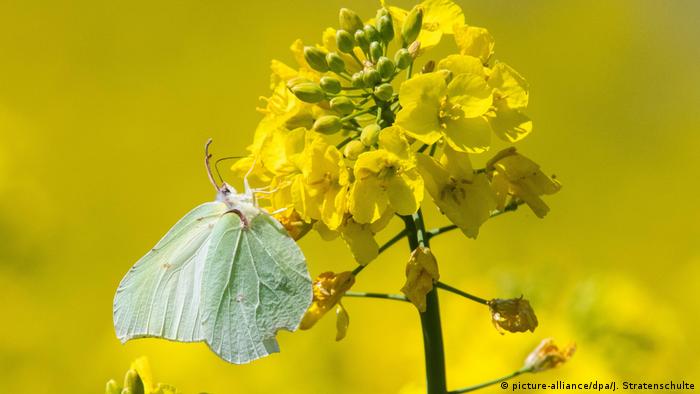 Though research indicates that the novel coronavirus originated in nonhuman animals, scientists remain unsure how exactly it emerged and was first transmitted between species. One theory is that it first appeared at a market where live and freshly killed animals are sold in the city of Wuhan, in China's Hubei province.

As increasingly dense human populations continue to encroach on the habitats of other animals, scientists fear that the risk of deadly viruses being transmitted between species will grow. The number of annual outbreaks of infectious diseases has tripled every year since 1980.

Read more: On May 21, there were 5 million coronavirus cases worldwide

No infectious disease has spread so quickly across the globe as the novel coronavirus, and there is currently much debate about how to prevent rapid worldwide outbreaks of infectious diseases in the future. This pandemic has once again drawn attention to the disastrous decline in biodiversity, and this has been a particularly important subject for politicians and scientists this week. May 22 has been proclaimed International Day for Biological Diversity by the UN.

Originally scheduled to be held in China in the fall, this year's meeting of signatories to the UN Convention on Biological Diversity has been postponed because of the pandemic. Nonetheless, the signatory governments are still discussing ways on how to meet the global commitment agreed to in January to protect at least 30% of the planet's oceans and land by 2030 in order to minimize the decline in biodiversity. The United Nations has also now called for a ban on live animal markets such as the one in Wuhan where the novel coronavirus may have emerged.

German Environment Minister Svenja Schulze, a Social Democrat, has another priority. "China reacted immediately and closed the dangerous markets," she told DW after presenting a report on the state of nature in Germany. "What's important from a European point of view is that the wild animal trade, which is largely illegal, be suppressed. We have to act against the criminals. This is the job of the police and customs officers. We're working on it."

Christoph Thies, the forests and climate campaigner for Greenpeace Germany, had a similar point of view. "We cannot expect people to stop eating meat from wild animals overnight," he told DW. "There are regions where it's an important part of people's food."

Thies said he hoped that biodiversity would once again receive the attention that it deserves and that the environment and nature would be examined in the context of climate change. At the Earth Summit in Rio de Janeiro in 1992, where the Convention on Biological Diversity was signed, the subject was considered as important as desertification and climate change. In the following decades, however, climate change became the main talking point. The three topics are intricately interconnected, Thies said: "Restoring forests and other ecosystems can help to contribute to 20-30% of what is needed to meet goals regarding climate change."

"In many countries, in many governments, the people who deal with biodiversity and protecting nature often have little to do with people dealing with climate change," Thies said.

Read more: What to expect in German air travel after the pandemic

Germany only has about 10% of the number of partridges and lapwings that it had 25 years ago, according to a report published by the Environment Ministry in May. Globally, about 35% of invertebrate pollinators, such as bees and butterflies, face extinction, the United Nations reports.

"There has been some improvement in the beech forests, and with the birds, in cities, in the forests, but the situation regarding agricultural land is really critical " Schulze said. "What we now call insecticide is happening. We say that in our report. More has to be done about this."

Antje von Broock from Friends of the Earth Germany told DW that "the protection of insects calls for knowledge and funds" at the national level, but also by the European Union. "We are campaigning to make sure that farmers receive money so that they actually do something for nature and agriculture," she said.

So, if the European Union were to change its agricultural policies, fewer live and freshly killed nonhuman animals were sold at markets globally, and the illegal animal trade were stopped, real progress could be made during the coronavirus pandemic to slow the decline in biodiversity.

"It is becoming increasingly clear that the outbreak of infectious diseases is connected to the destruction of forests and other ecosystems," Thies said. "Apart from the other more traditional reasons for protecting the environment, restoring biodiversity and the forests, there is also that of protecting health and preventing outbreaks of dangerous diseases."