An update on targets set for establishing conservation zones to protect biodiversity has hailed the "progress" made in the past decade, albeit warning of much work ahead. 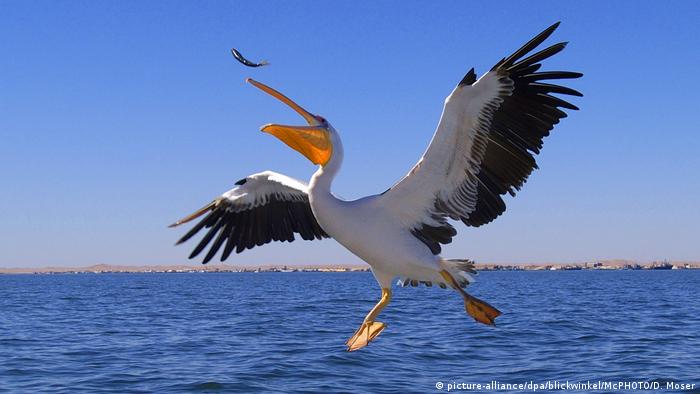 Ahead of the UN's next Biodiversity Conference in China in October, conservationists reported "major progress" — although incomplete — in rescuing the world's shrinking biodiversity over the past decade by establishing conservation areas on land and at sea.

The "Protected Planet" study by the UN Environment Program (UNEP) and International Union for Conservation (IUCN) based in Switzerland compares "Target 11" goals set at the 2010 Nagoya/Aichi summit hosted by Japan with global trends in 2020.

Land targets exceeded, oceanic ones missed but soon to be met

That Target 11 urged the world to "protect and integrate" at least 17% of its terrestrial and inland waters and 10% of its coastal and marine areas through effective governance and safeguarding ecological systems.

These findings merited "celebration," said the authors, and provided a "foundation for future work to address existing gaps" at the next UN biodiversity conference at Kunming, China in October.

Comparing data over the decade, the UNEP-IUCN report said it was "clear" that the 17% target for terrestrial and inland waters "will be surpassed."

On global oceans, a tally of 7.74% fell short of the 10% target, they lamented, but added "pending designations" of several large marine areas would boost this figure.

To preserve biodiversity as defined by the 1993 UN convention forged in Rio de Janeiro, protected areas should represent the full range of ecosystems, said the authors.

However, they also warned that 5% of the world's terrestrial ecoregions and 15.5% of its marine ecoregions still lacked "any coverage at all," meaning they were home to no protected areas.

The study also noted that data on how well-protected areas were governed and maintained "remain poor," particularly to see if they are equitably governed and whether their existence affects local populations. Only around one-fifth of conservation areas had completed studies on this, "and it is likely that many do not meet the standards for full effectiveness," the authors warned.

One bright trend, they said, was "increasing recognition" of the role habitats played as "nature-based solutions to climate change" and the UN'sworldwide Sustainable Development Goals(SDG), such as eliminating hunger and providing clean water.

Boosting effectively and equitably governed conservation areas would help "safeguard the health of people and planet for generations to come," they said.

Eco India - species on the brink of extinction

With Indian forests under pressure, Indigenous communities are working to preserve knowledge of their diverse and nutritious diets. In the country's cities, urban consumers are also getting a taste for the crops.