The coronavirus pandemic put climate issues on the back burner in 2020. France and the UN hope the summit will get global leaders again talking about climate change policy and protecting biodiversity. 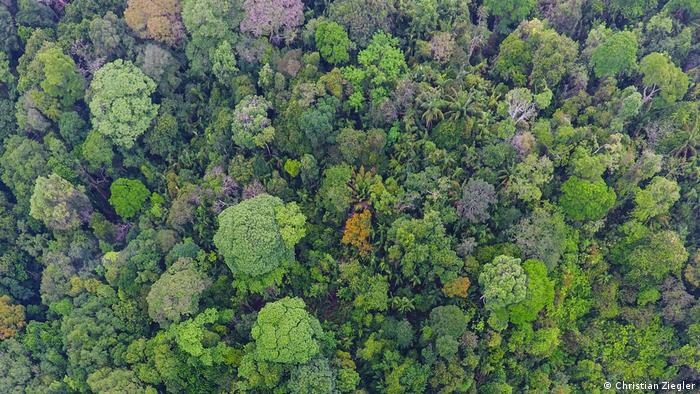 World leaders met for an online One Planet Summit Monday to discuss climate change and the preservation of biodiversity and ecosystems.

The one-day event had been scheduled to take place in the southern French port city of Marseille in 2020, but was postponed due to the coronavirus pandemic.

Diplomacy on climate issues took a back seat last year as countries worldwide struggled to contain the pandemic and its economic effects.

During a video address at the conference, German Chancellor Angela Merkel said that countries around the world need to protect biodiversity and natural habitats by acting "not whenever, but right now," warning that the consequences of environmental degradationwill soon be irreversible.

The human race "can only do well on a healthy planet with healthy flora and fauna," Merkel said.

The chancellor added that Germany would join the "High Ambition Coalition for Nature and People (HAC)," a group of 50 countries committed to protecting 30% of land and sea habitats over the next 10 years to halt species extinction while addressing climate change issues.

Merkel also appealed to the global community to stop the destruction of the world's forests. Together with the UK and Norway, Germany has set aside $5 billion over the past 5 years to protect rainforests.

"Our forests are of central importance for biodiversity and climate protection. We must do everything we can to prevent further deforestation", said Merkel.

"We will invest several hundred million euros over the next four years for research on biodiversity, animal health, emerging diseases, and much more," she said

Summit co-host, French President Emmanuel Macron, said that governments can " can change the story if we decide to do it.''

We know even more clearly amid the crisis we are going through that all our vulnerabilities are interrelated," Macron said. "Pressure on nature exerted by human activities is increasing inequalities and threatening our health and our security.''

What issues were on the summit agenda?

With the COVID-19 pandemic as a backdrop, the conference explored pandemic prevention in conjunction with species protection.

The summit also intended to boost the High Ambition Coalition for Nature and People. It was launched in 2019 by Costa Rica, France and Britain to set a target of protecting at least 30% of the planet, including land and sea, by 2030.

Around 30 leaders, government officials and heads of international organizations were scheduled to attend.

President of the European Commission Ursula Von der Leyen has made climate one of her central issues when she took up her top EU post in 2019.

A US representative was absent: President-elect Joe Biden, a strong proponent of climate issues, does not take office until January 20.

The Trump administration has not been a big actor on global climate policy.The US formally withdrew from the Paris climate agreement in November 2020.

Other notable absences included the leaders of Russia, India and Brazil.

What is the One Planet Summit?

The One Planet Summit was launched by France, the World Bank and the United Nations.

The aim is to accelerate the implementation of the Paris climate agreement.

One Planet organizers hope the summit will stoke renewed interest in climate issues ahead of the UN Climate Change Conference slated for November in the Scottish city of Glasgow.