Column: 2020 was a year of grief, hardship and hope

From the first reports of COVID-19 to the rapid rollout of a promising vaccine, just about everything that happened in 2020 has been described as "unprecedented." Kate Ferguson reflects on a year that changed the world. 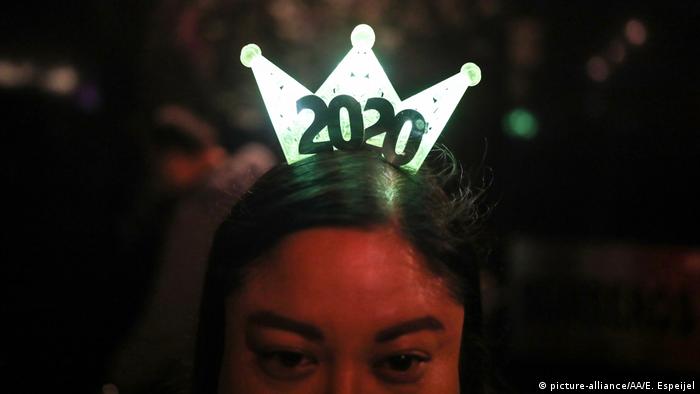 2020 was a year of many monumental, unprecedented events

An implausible plot with dystopian undertones, characterized by sweeping narratives and poorly drawn characters. That would have been my response if the script of 2020 had landed on my desk a year ago.

But there we have it. The year that gave birth to the inconceivable is coming to an end and we have no choice but to try to make sense of it.

The scale of suffering has yet to be sufficiently represented. For months, news bulletins opening with phrases like "another grim milestone" were followed by the number of lives the virus had claimed on any one particular day.

Comparisons were employed in the hope of aiding comprehension. More than twice as many American deaths as in World War I. One hundred times more than on Sept. 11. And six times as many as the Vietnam War.

Most of us still can't quite get our heads around it.

Was it all real?

So many things that did not seem possible happened. The global economy shut down and the myth of endless productivity was quashed. Carbon emissions plummeted. Tufts of grass poked through the pavement of main thoroughfares. Foxes near cities became bolder.

Kitchens became offices. Boomers embraced Zoom. My husband's company organized an online crafts class. He made a robin out of wool.

Misinformation, aided by social media, spread as rapidly as the virus did. Nurses told stories about patients using their dying breaths to deny the existence of COVID-19.

Science triumphed. Medical advisers became household names. The story of the immigrant couple Özlem Türeci and Ugur Sahin, whose work on messenger RNA paved the way for the development of a life-saving vaccine, traveled around the world.

So too did the harried faces of health care workers. The blotchy outlines of their protective gear imprinted into the skin around their eyes and nose. The images made to be retweeted with messages appealing to our better natures: Wear a mask, wash your hands, stay at home.

Zooming into 2021 with regret?

As his power waned, Twitter, the platform that for the past four years had allowed his messages to go unchecked, began to attach labels to his proclamations. "This claim about election fraud is disputed," they read, the passive voice a continued embodiment of Big Tech's struggle to define its role in an ever-evolving global information war.

The arrogance of the West was expressed in faintly disguised surprise that other parts of the world had done a better job of containing the virus. Early, naive debates about the effectiveness of masks soon morphed into laws requiring their use.

The hardship has, of course, been unequal. Some have been pushed to the brink of starvation. Others have suffered minor inconveniences, like Zoom fatigue and holiday postponement.

But for anyone who has lost a loved one to the coronavirus, the grief of 2020 cannot be rewritten.

Coronavirus digest: 1 million people vaccinated in the US

While the milestone was welcome news, the country will likely be unable to reach its initial target for 2020. Another new variant of COVID-19 appears to have emerged in Nigeria. Keep up to date with DW.