Germany among top three countries suffering most from extreme weather events | Environment | All topics from climate change to conservation | DW | 04.12.2019 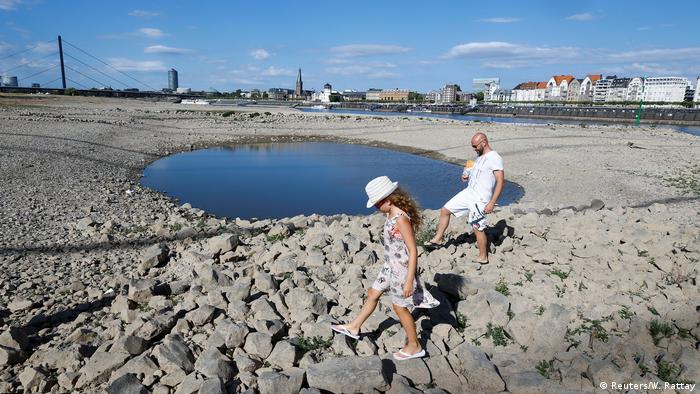 To what extent have extreme weather events inflicted casualties and financial losses around the world? And which countries are worst-affected?

The answers to these questions have been provided by the Global Climate Risk Index. For 14 years, the environmental and development organization, Germanwatch, has presented this report at the annual United Nations climate conference (COP). For 2018, the index revealed Japan, the Philippines and Germany were hardest hit by weather extremes.

At the top of the ranking is Japan where 1,282 people lost their lives as a result of extreme rainfall, heatwaves and typhoons last year. The total damage was equivalent to €32 billion ($35 billion) and led to the loss of 0.6% of Japan's gross domestic product (GDP)

The figures are sourced from the database of reinsurance company Munich Re. Covering 30,000 natural disasters, their NatCaTSERVICE database is one of the largest of its kind in the world, making it possible to compare the impact of extreme weather events in different countries. From the number of deaths per million inhabitants and the amount of damage per GDP, experts determine the ranking of each country.

In 2018, Japan was hit by three extremely severe weather events. In July, unusually heavy rainfall triggered floods and mudslides, resulting in the deaths of over 200 people. Over 5,000 houses were damaged and 2.3 million people had to be evacuated. Overall, the rainfall caused €6 billion worth of damage.

Just a few weeks later, a severe heatwave led to a new national temperature record of 41.1 degrees Celsius (106.9 degrees Fahrenheit) — recorded in the central city of Kumagaya. At least 138 people died as a result and more than 70,000 had to be hospitalized suffering from heat shock and heat exhaustion.

In September, Typhoon Jebi became the strongest typhoon to strike Japan in 25 years, causing losses of around €11 billion. 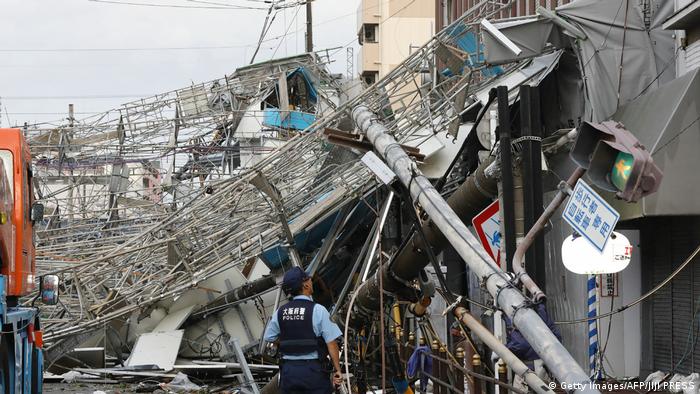 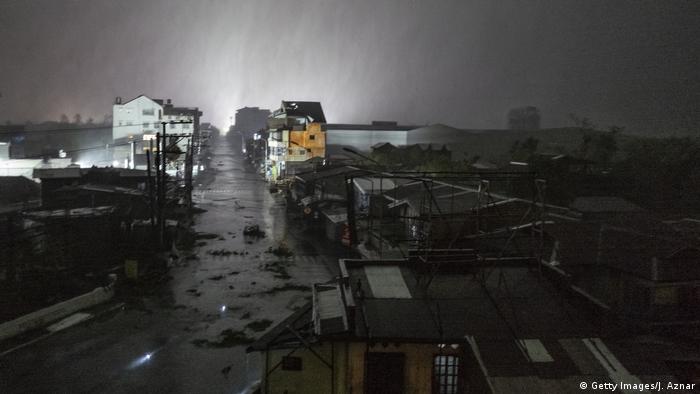 Heavy rains batter the Philippines during Typhoon Mangkut. The category five storm was the third-strongest tropical cyclone worldwide in 2018.

The Philippines was also hit hard by extreme weather in 2018. In September, the powerful Typhoon Mangkhut raged through the northern part of the country. In fact, it was the strongest storm recorded in 2018, with wind speeds reaching up to 270 kilometers per hour (167 miles per hour). More than 250,000 people were affected, with casualties mainly caused by landslides following the heavy rain.

According to the NatCaTSERVICE database, there were a total of 455 fatalities in the Philippines as a result of extreme weather last year, with total damages amounting to $4.5 billion — corresponding to a 0.5% percent loss of GDP.

The latest risk index ranks Germany third among the countries most heavily impacted by extreme weather events. In 2018, the country experienced severe heat and drought. Between April and July, the average temperature was 16.6 degrees Celsius — 2.9 degrees higher than before industrialization (approx. 1870). It was the hottest average temperature ever measured in Germany for this period.

According to the Munich Re database, the heatwave was responsible for 1,246 deaths in 2018. In addition to this, Germany also experienced high crop losses. The German Farmers' Association (DBV) estimates harvest losses in some regions ranged from 50% to 70%. Approximately 8,000 farmers applied for state emergency aid, with the federal government and states providing €340 million in relief funds.

In addition, Germany suffered severe storm damage in January and September. According to the Risk Index, Germany's total weather-related losses amounted to €4.5 billion in 2018. This corresponds to a 0.1% drop in GDP.

A recent report from the German government paints an alarming picture of the severity of climate change in the country. It claims the average air temperature in Germany increased by 1.5 degrees between 1881 and 2018 and by 0.3 degrees in the last five years alone.

"It's unthinkable to imagine what it would mean if [warming] continues at this rate," Environment Minister Svenja Schulze said during the presentation of the report in late November.

"The Climate Risk Index shows that the massive impacts of climate change are increasing worldwide," says Maik Winges, co-author of the report.

"Industrialized nations such as Germany or Japan are being increasingly affected. By comparison, the poorest countries in the world are exposed to even greater risks, especially because they have so far received little help for the damage and loss they have suffered by the main culprits of climate change."

More than 495,000 people worldwide were killed by extreme weather events over the past 20 years, according to the Munich Re database. The total economic damage during this period amounted to €3200 billion.

In the long-term index complied over the past 20 years, seven out of the ten most affected countries are classed as developing counties. Puerto Rico was hit particularly hard by Hurricane Maria in 2017. Around 3,000 people died as a result of the storm out of a population of approximately 3.2 million.

The authors of the report cite Puerto Rico as just one example of the growing number of countries in which a single devastating hurricane can cause massive damage that takes years to rebuild.

Another trend is also emerging: "In countries such as Haiti, the Philippines and Pakistan, extreme weather conditions are recurring in such short intervals that they have little opportunity to recover from these disasters," co-author Vera Künzel said from the climate conference in Madrid.

For this reason, she says it is important that poor nations receive adequate support from countries driving climate change, not just when it comes to the issue of adaptation, but also in unavoidable damages and losses.

"This climate summit must find answers to the question of how the amount of support required in poor countries should be determined on a regular basis, as well as how this necessary financial aid can then be provided," stressed Künzel.

How the climate crisis is threatening our energy supply 21.02.2022