The Philippines evacuated 200,000 people and will close the country's main international airport as Typhoon Kammuri made landfall on Monday night.

The 20th typhoon to hit the country this year, Typhoon Kammuri (also called Tisoy) made landfall in Gubat, Sorsogon, on the southeastern part of Luzon Island, at 11 p.m. local time (1500 UTC), according to the Philippine Atmospheric, Geophysical and Astronomical Services Administration (PAGASA).

The country's disaster agency said 200,000 people living in coastal and mountainous areas had been evacuated from dozens of provinces in southern Luzon due to fears of flooding and landslides.

The cyclone is expected to blow near Manila at midday on Tuesday. 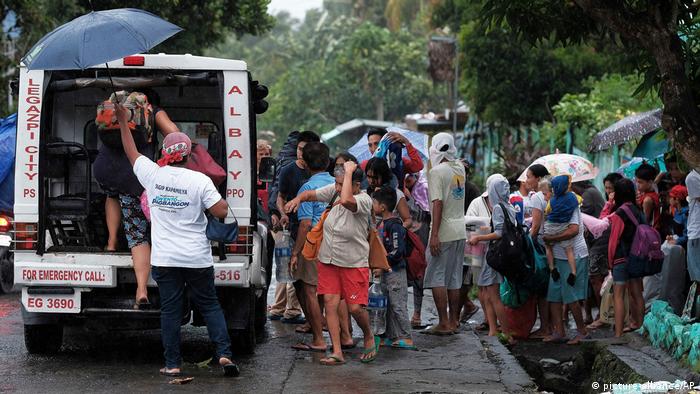 All four terminals of Manila's Ninoy Aquino International Airport will be closed from 11 a.m. to 11 p.m. on Tuesday as a precaution.

Officials have warned of storm surges of up to 3 meters (nearly 10 feet), according to the Office of Civil Defense.

"We're aiming for zero casualties and we can attain that with preemptive evacuations,'' said Ricardo Jalad, who heads the government's disaster response agency.

The Philippines is currently hosting thousands of athletes from the region for the Southeast Asia Games, which are set to run through December 11. Windsurfing and canoeing competitions scheduled for Tuesday have been suspended.

The powerful typhoon Kammuri has forced the evacuation of hundreds of thousands of people from their homes in the Philippines. It has severely disrupted travel, work and school in the archipelago nation. (03.12.2019)