High temperatures and a prolonged drought are disrupting daily life in Germany. Ship cargo on the River Rhine has been reduced by half and fish populations have been threatened by high water temperatures. 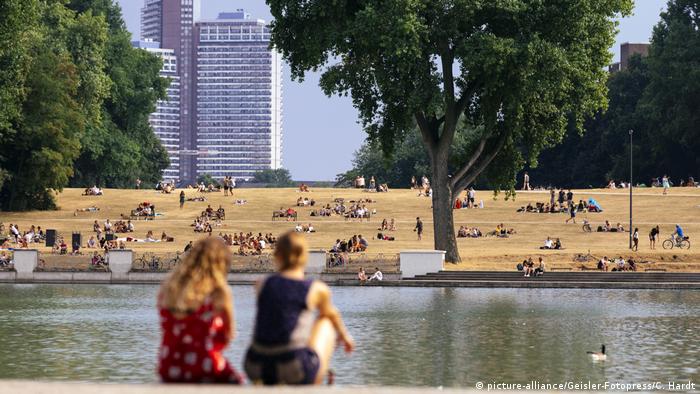 Germany had its hottest day of the year on Thursday, according to the National Meteorological Service (DWD) with the mercury topping 32 degrees Celsius (90 degrees Fahrenheit) in Berlin and 37 degrees Celsius in the city of Cologne, in western Germany.

Unrelenting sunshine has hit most of the country and a spring drought continues. Northern Germany faces the threat of wildfires. In Potsdam, just west of Berlin, a wildfire engulfed 90 hectares (222 acres) on Thursday and triggered warning for possible evacuations in the community of Fichtenwalde, where 2,800 people live. 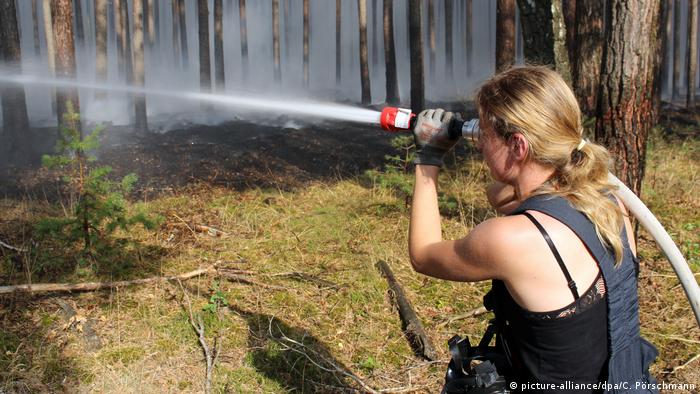 A firefighter worked quickly to contain the wildfire in Potsdam

Drivers have had to slow down on many of the country's highways. To avoid road accidents, triggered by the stress that excessive heat can cause to fast-moving vehicles, authorites have implemented temporary speed limits. On the A81 expressway, which runs along western Germany and through the city of Stuttgart, authorities have set a maximum driving limit of 80 kilometers (50 miles) per hour. 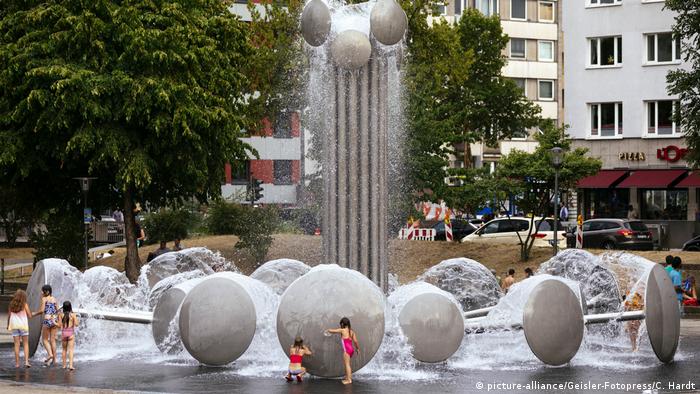 Water a refuge? Not so fast

This weekend, many Germans are likely to hit the various lakes and reservoirs that dot their country's landscape, in search of a reprieve from the oppressive heat. But they will have to be cautious, warmer waters have caused an increase in harmful bacteria and algae in stagnant waters.

In the northeastern state of Mecklenburg-West Pomerania the growth of blue-green algae has been reported, which can cause irritation of the skin and of the mucus membranes. In Lake Müritz, on the southern end of the state, the cercaria parasite has been detected, which causes skin rashes and can last several days.

Read more: What you need to know about climate change

The lingering spring drought has driven the Rhine River and its tributaries to dangerously low levels, disrupting transportation of goods in this vital waterway. Restrictions in shipping are already in place in the upper Rhine.

According to the Mannheim office of the federal Waterway and Shipping Department, ships can only be loaded on the river with 1,500 tons of cargo, down from their usual weight of 3,000 or more. 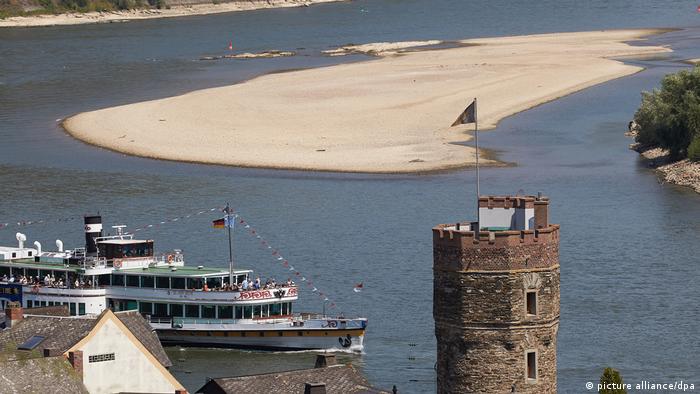 High water temperatures are also posing a serious threat to the fish population in the Rhine. Between Lake Constance and the Swiss town of Schaffhausen, where the river flows just before it makes its way north to German territory, the temperature of the water has hit 25 degrees Celsius. The fish in the area can die at 27 degrees.

Up north in the state of Rhineland-Palatinate, heat emitted into the water by various power plants is contributing to the dangerous 28-degree point in the Rhine.

The federal Environment and Nature Conservation Administration has warned that death is not the only threat for fish in the river. Warm waters also delay their migration, as they deviate from their path in search of colder streams, and that could threaten their nesting patterns. For this reason, the environmental department is asking states to implement controls on power plants for the time being, in an attempt to stop the rising temperatures.

According to weather forecasts, Germans will have to brace for a prolonged heat wave with no end in sight. On Friday, temperatures are supposed to remain as high as Thursday or perhaps a bit higher. Temperatures are forecasted to hover around 30 degrees for the next week in the hottest areas, such as western Germany.