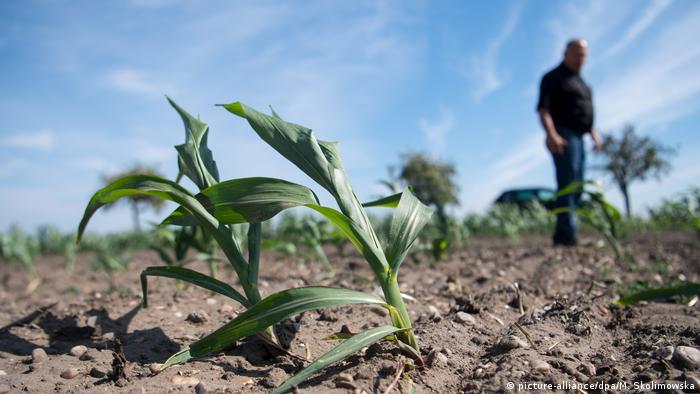 "What we are experiencing this summer is climate change in action," says Gerald Dohme, the deputy chair of the German Farmers' Association. He says the lack of rain in Germany will mean a wheat harvest of just 41 million tons. This would be 4.5 tons less than last year's already subaverage harvest of 45.5 million tons. Over the past five years, the average harvest has yielded 47.9 tons of wheat.

According to Dohme, German farmers are extremely concerned — including those who farm livestock. He said grass and maize used to feed animals was already running low and some unripe wheat had to be cut down in certain parts of Germany.

Read also: Do we really need next-gen GMOs to feed the world? 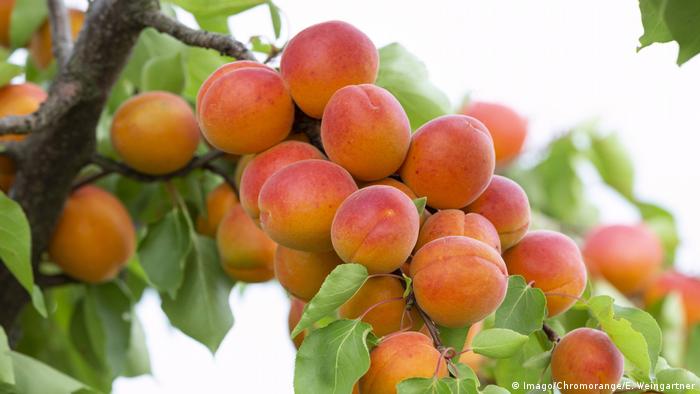 Though many crops have withered, orchard harvests have been bountiful

Northern and eastern Germany received considerable sunshine in spring and summer this year, which caused drought-related damages. Similarly, in the southeastern state of Baden-Württemberg, drought destroyed numerous crops, but the weather varied considerably throughout the country. "Some farms reported droughts while farmers merely two kilometers away said they were struggling with the effects of extreme rainfall," Dohm explains.

While wheat farmers have taken a hit, German fruit farmers are doing well. They are reaping a substantial, albeit early harvest. Some have even begun harvesting their fruit as early as their Mediterranean peers.

April and May were the hottest months since weather records began. What does this mean for consumer prices? Dohme is not worried, but admits that a drop in agricultural products drives up prices. But wheat prices have little impact on the cost of bread, he says: "It changes only by a few cents."

In terms of availability, Dohme claims says consumers need not worry, because international trade will balance things out: "There are different kind of harvest situations across Europe, despite the hot summer."

Read also: How to prevent cooling from warming up the world 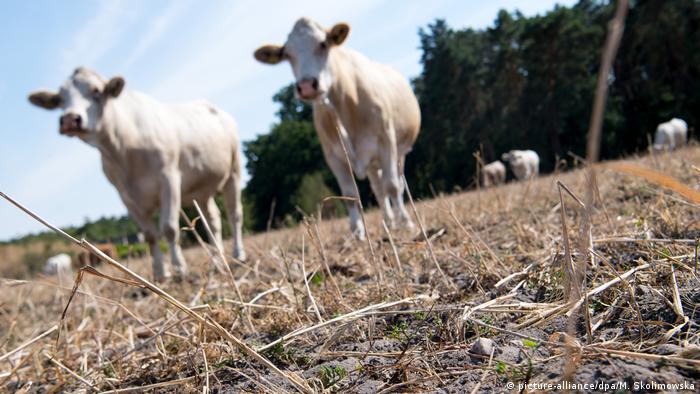 Nina Wettern, of Germany's Ministry for Environment, Nature Conservation and Nuclear Safety (BMU), argues farmers need to take action now. "We need to assist the agricultural sector adapt to climate change." She says that seeking the greatest possible harvest at all cost is untenable. EU funding that supports large-scale farms does little to help, she adds.

But Wettern acknowledges that farmers are under immense pressure. "Apart from dealing with the capricious weather, they have to meet environmental standards like the new fertilizer law." In general, the government offers farmers help when it comes to installing better cooling systems, choosing new methods of cultivation, and selecting crops more suited to climate change, Wettern says.

But none of this will mollify farmers who are already facing major financial losses due to the usually hot weather. Dohme has now called for these farmers to be granted tax relief. The German Farmers' Association has also joined forces with insurers to develop schemes provide financial protection beyond damages incurred through hail. In one month, the BMU plans to meet representatives from Germany's federal states to assess the situation. Whether financial help will be granted will be decided in August, when the harvest report is published, the BMU said.