How to prevent cooling from warming up the world | Environment | All topics from climate change to conservation | DW | 08.08.2018

Cooling devices are critical for millions of people worldwide, particularly with rising temperatures. But while such appliances save lives, they're also big contributors to global warming. Can we stay cool sustainably? 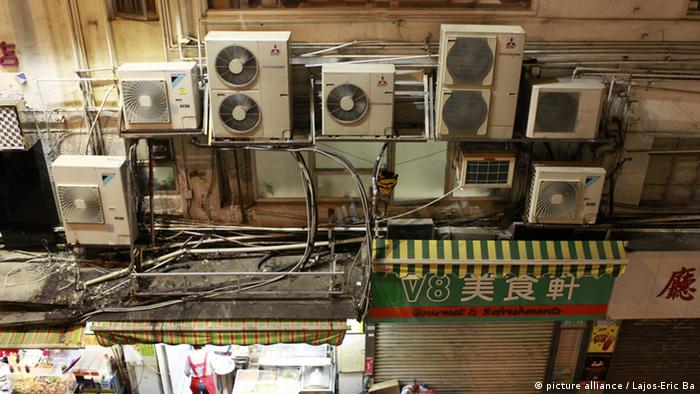 On hot days, many of us automatically turn on the air conditioner or reach for a cold drink from the fridge without thinking twice about it. But access to these kinds of cooling devices — something millions of people around the world still lack — can actually be a matter of life and death.

Cooling is key to ending poverty and hunger. With refrigeration, for example, we can store medicines and reduce food waste. Cooling is also vital to improving health and wellbeing. In short, to achieving sustainable development. Yet it entails great risk: as the use of cooling products increases, so too do global emissions, which contribute to global warming. The result is a vicious circle.

The number of cooling devices is expected to quadruple to 14 billion worldwide by 2050, researchers show. Without greening the sector, emissions would skyrocket and take us far from reaching the 2-degree target set in Paris.

"If climate change were not an issue, it's safe to say that access to cooling would be like access to clean water or sanitation," Mark Radka, head of the Energy and Climate Branch of UN Environment's economy divison, told DW.

But since unfortunately climate change is an issue, granting access to cooling without further damaging the planet and its population remains a huge challenge. 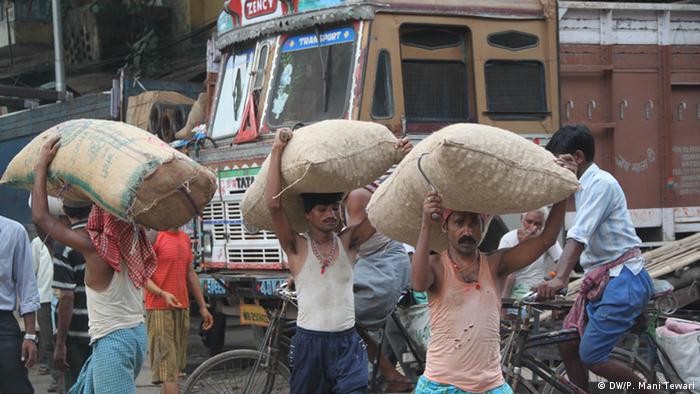 Most rural areas in India don't have storage facilities for food

Cooling is a must

More than a billion people, mainly in Asia and Africa, are at risk from lack of access to cooling, according to a new report from the Sustainable Energy for All (SE4ALL) initiative. The 30 hottest cities in the world are in developing countries, which are already suffering the most from climate change.

"As populations grow and temperatures reach new records, the health and economic risks associated with lack of access to sustainable cooling are growing exponentially," Rachel Kyte, director and Special Representative to the United Nations Secretary-General for SE4ALL, told DW.

In India, for instance, almost 20 percent of health care products that depend on cold supply chains, such as vaccines, arrive in an unsatisfactory state. Nearly half a million people worldwide die every year from foodborne illness, or diseases caused by contaminated food. Insufficient cooling is a main reason for that, the World Health Organization says. 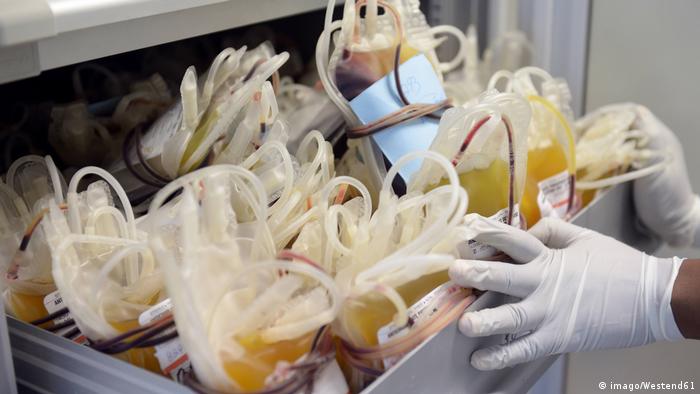 Key medical products such as blood must be stored in fridge

A lack of cooling also deepens poverty in developing countries, where farmers regularly lose about 40 percent of their harvest due to inadequate storage, according to the World Food Programme. The same happens with fish, which only lasts a couple of hours without refrigeration. This impedes small retailers from reaching more lucrative markets and growing.

"The more you can establish a cold chain and maintain food cold, the farther you can go and the greater economic value you can get," Radka said.

Warming up the planet

Air conditioners and refrigerators typically use hydrofluorocarbon gases (HFCs), refrigerants that do not damage the ozone layer but cause a global warming effect up to 23,000 times greater than carbon dioxide (CO2).

By 2050, HFCs are expected to be responsible for around 12 percent of all global warming. The binding international agreement Kigali Amendment, which enters into force in January 2019, aims to reduce HFCs by more than 80 percent over the next 30 years.

However, cooling technologies also use a significant amount of energy — mainly from fossil fuels — which contributes even more to air pollution. In 20 years, air conditioning systems could account for 40 percent of electricity consumption in Southeast Asia.

Air pollution is expected to cause about 13,000 additional deaths per year by mid-century, about a thousand of them due to air conditioning, a new study of current air conditioner use in the United States estimates.

"When we turn the air conditioners on inside to adapt to the heat outside, we're creating pollution at the power plants that are burning coal and gas," David Abel, lead author of the study, told DW. As long as we rely on fossil fuels, we'll address the heat problem while at the same time contributing to another problem, air pollution, he added.

Breaking the vicious circle would likely have to involve the rapid reduction of HFCs and of fossil fuels. Producing more efficient cooling devices wouldn't hurt either.

"It's one of the fastest, cheapest and cleanest ways to reduce emissions around the world and reach the Paris targets," he added.

But such a transition requires policy-makers to incentivize manufacturers and buyers. Most countries could increase efficiency by at least 30 percent for air conditioners and 60 percent for household refrigerators. Therefore, "the key challenge is not a lack of technology, it's a lack of good policy and awareness" Holuj said.

Yet small moves help too. Keeping cooling devices clean, painting roofs white to reflect sunlight or creating wind corridors to allow heat to escape are little tricks to keep our planet from getting hotter. And, of course, reducing our consumption.

"Just becoming aware of this issue is important," Radka pointed out. "We all tend to think as individuals and not about what happens if our behavior is multiplied by a billion people."

As a final remark, Kyte concludes that for a sustainable world to become reality, we must bear in mind that "access to cooling is not a luxury, it's a human right."

Like many areas across Europe, temperatures in the German city of Friedberg have been sweltering for weeks. An industrious supermarket owner in the city has decided to make the most of it. (07.08.2018)

Protests and opposition from the provincial government of British Columbia have shut down construction of a pipeline planned to carry oil from Alberta to BC - but Prime Minister Justin Trudeau has vowed to fight back. (23.05.2018)