After the drought, the storm: German weather chaos continues

After days of exceptional heat, the rains came in dramatic fashion across northern Germany. Several people were injured by falling trees and travel was severely disrupted. 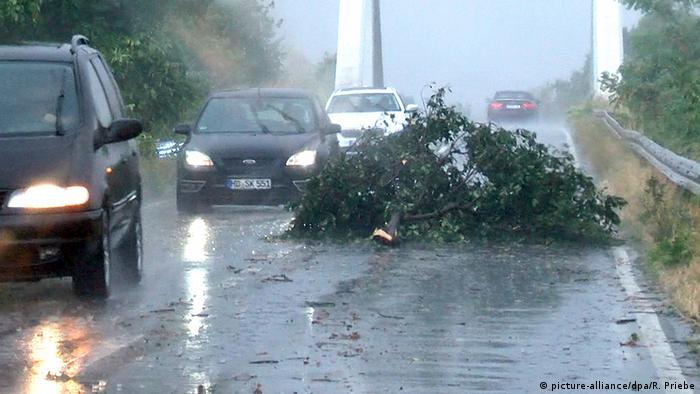 Thunderstorm Nadine brought rain and high winds to Germany on Thursday night. They were especially severe around Hanover and over the North Sea. Wind speeds over the northern coast hit 140 kilometers per hour (86 miles per hour). Gusts of 110 kph reached Germany's most populated state of North Rhine Westphalia and parts of Lower Saxony. 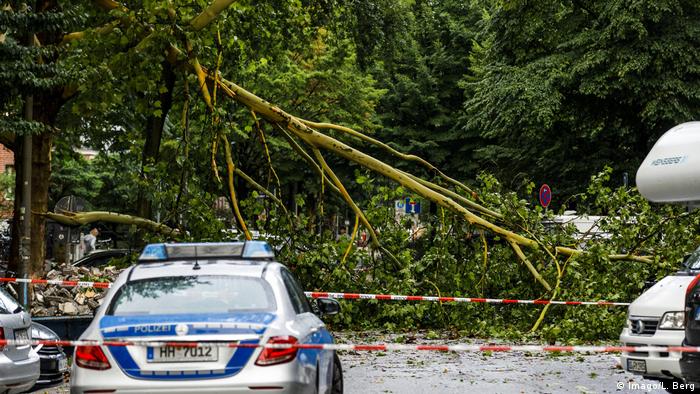 Early Friday, DB told passengers they should expect further delays because of the damage caused by the storm. Long distance trains covering the Hanover-Hamburg-Kiel, Bremen-Hamburg and Osnabrück-Löhne routes were not operating on Friday morning. 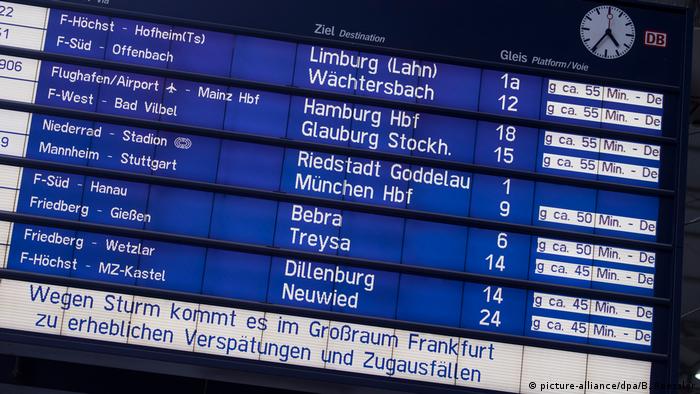 Flights into Germany's biggest airport in Frankfurt were disrupted and operations halted for half an hour on Thursday afternoon. Delays continued into Friday morning.

A wide-ranging 24-hour strike by pilots from budget airline Ryanair began in the early hours of Friday, adding to the disruption in Germany, Sweden, Belgium and Ireland.

Spectators at the European Championships in Berlin were encouraged to stay in the Olympic stadium to avoid the storm: "Please stay here, this is the safest place for you," organizers said at the end of the evening's program.

On the roads, fallen trees blocked parts the key A3 route near Frankfurt. The highway runs from the Dutch to the Austrian border and was completely closed in the afternoon in the direction of Würzburg with traffic backing up 20 kilometers before the road was opened again in the evening.

Several people in Hamburg and Münsterland were injured by fallen trees.

In Thuringia, sudden strong winds lifting dry soil from a field reduced visibility on the east-west A4 artery to less than 20 meters for a short period. 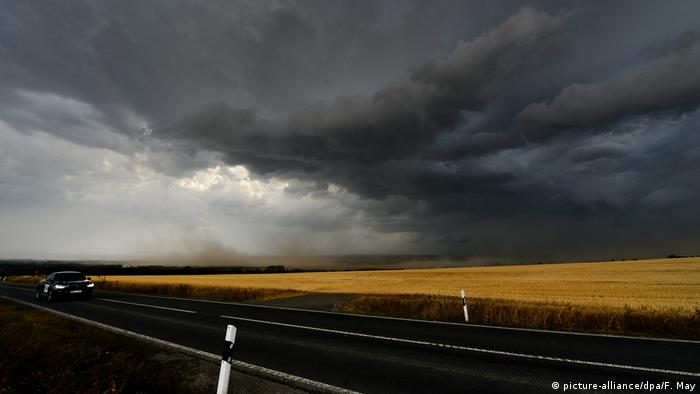 Storm clouds over Mühlhausen in Thuringia

While the storm saw a drop in temperatures, more dry air is expected in the coming days in Germany, except for the southeast of Bavaria and Schleswig-Holstein. Temperatures are expected to drop to around 25 degrees Celsius (77 degrees Fahrenheit) on Saturday.

But weather forecasters said the hot weather is set to continue: "There may be hot days of 30 degrees or more in Germany until October," according to the German Weather Service DWD.

In eastern Germany, thunderstorms are expected to break the hot weather on Friday night.

Other parts of Europe were also hit by strong winds and rain, with flash floods in southern France.